Strider was a huge hit in the arcades in the late ’80s, and became even more revered when it hit the Genesis in 1989. While the NES received a heavily-altered Strider, the Super Nintendo didn’t receive anything like it from Capcom. Instead, Atlus released Run Saber – a game so heavily-inspired by Strider that it’s surprising legal letters weren’t sent out. Run Saber took “inspired by” to a new level, but did change things up a bit and delivered the same kind of rock-solid action that made Strider so good to begin with. Here, you’re out to save the world from a mad scientist out to end it – and only the run sabers can save the day.

Run Saber gives you two playable characters: a female and a male ninja. They control and play exactly the same, so there isn’t a strategic advantage to using one or the other beyond animation changes for their attacks. The core game is nearly identical to Strider – you jump around and slice and dice many kinds of enemies while also using your environment to survive. You can hang on overhead ledges and onto walls and attack, which will allow you to avoid damage while also dealing it out at the same time. There are even sections of the game that spin you around a bit – including a memorable early area where you’re on a plane and it goes from upright to upside-down with you fighting enemies all the while. It’s probably one of Run Saber’s best set pieces, and something that it did that simply wasn’t possible in the original Strider game. 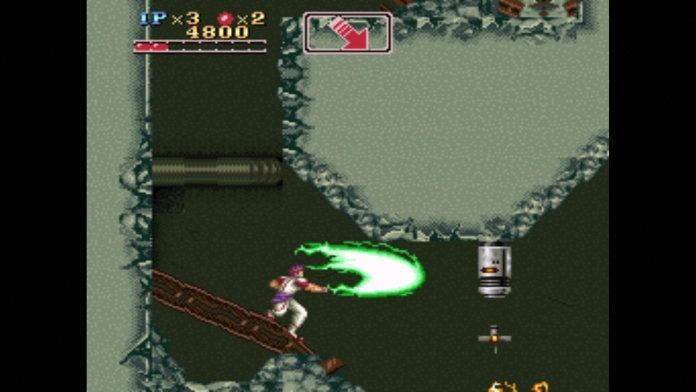 Control-wise, Run Saber feels natural. B jumps while Y is your slash button, X unleashes your screen-filling attack that kills all small enemies and takes big chunks out of bosses. Each of the shoulder buttons acts as a slide, and you’ll need that to duck out of the way of the game’s few timing-based puzzles where things will shoot out and attack if your timing isn’t perfect. Mid-air combat isn’t just done with your sword though – just jumping and either hitting down or down and either left or right turns basic navigation into offense. This comes in handy when you hop down a level and have enemies that you can’t see. You’re always given a way to defend yourself and it makes the game a fair challenge. The controls are responsive and exactly what you need for an action-platformer. Every hit you take can be avoided, and all it takes is careful timing and smart use of your screen-filling attack during boss battles. Extra lives are few and far between – so you can’t just run around and not think before you act.

Run Saber does suffer from a lean selection of stages, but it does mix up the content within them wonderfully. While most games of the era stuck with pure side-scrolling action, this one uses both side-scrolling along with vertical-scrolling and some hazard-avoidance. The environments themselves change frequently, so while one area within a stage could be an underground cavern, it could be followed up by a neon-lit sky as you hack and slash across buildings in a Neo-Tokyo environment. This allows the game to feel a bit more epic than it should, because with only five stages, it is short. However, the simultaneous co-op play ensure that this is a fun way to spend an afternoon with a friend. 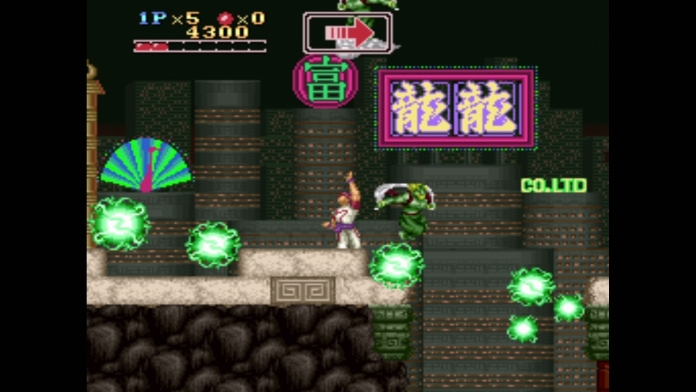 Visually, it looks fantastic. There’s also a neat little secret where if you pause the game, you will not only be treated to a screen without a pause menu – thus making it perfect for screenshots, but you can also change your color. If you want to go through one stage with one color and then mix it up throughout, you can. It’s not really a feature you need to have in a game, but it does make it stand out from even games made today. The animation is fairly smooth, and the backgrounds look nice and sharp – with each area full of detail and life to it. The character models look solid – with most enemies being in-line with the size of our heroes, so the sub-bosses and bosses stand out that much more.

Run Saber really goes for a more horrific look than any Strider game, though. You’ll see deformed people, part-robot/part-human enemies, a giant corpse/zombie creature, and other fairly grizzly sights by the standards of the genre. No matter how big an enemy gets, or how many swarm the screen, the game’s pace remains constant. There’s no slowdown and you’re always able to go where you want to when you want to without having to worry about the game holding you back with a crippled framerate. 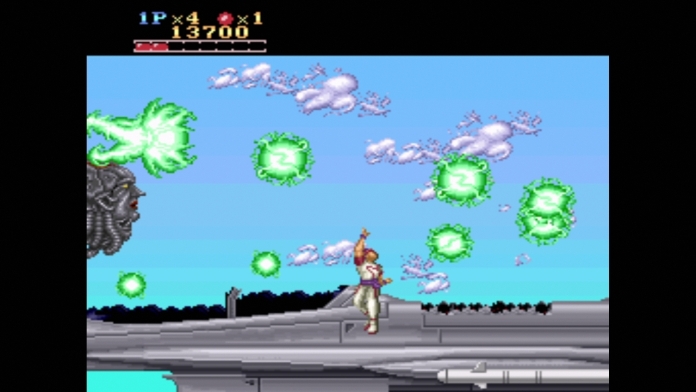 Unfortunately, Run Saber’s audio design is probably its worst element. While nothing about it is bad, nothing sticks with you either. Generic “ha”s and grunts fill the voice work out, while the music never quite rises above early SNES-level in terms of complexity and sounds like a collection of bleeps and bloops turned into music than something used to tell the story of the game and the stages contained within it. None of the sound effects are all that good either – with a basic sword slash being used instead of anything that fits the beam sword used as your attack. Electricity is at least conveyed well when you’re zapped by it, but that’s at satisfying as the sound effect work goes here.

While it does have some flaws, Run Saber remains an outstanding game and the closest thing SNES owners had to a Strider game to enjoy. Surprisingly, it was never released for the Wii’s Virtual Console service, nor has it been released on Wii U. Cart-only copies will set you back around $70 presently, but since it’s a lesser-known release, you might luck into getting a solid deal on it at a garage sale or a flea market. It’s an excellent game and the best Strider-style game on the SNES by far. 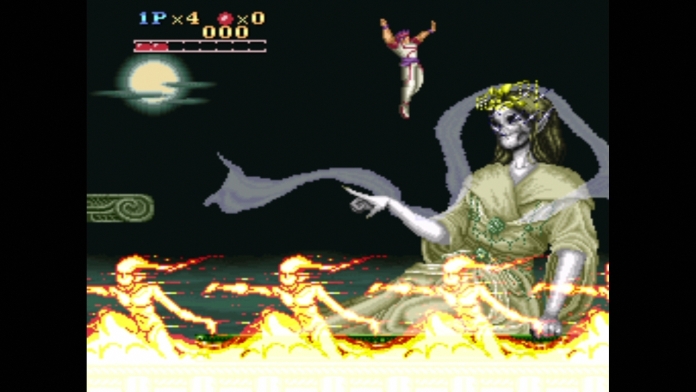