Far Cry Primal had a preorder bonus that allowed you to play three exclusive missions as a mammoth. For those that missed purchasing the Apex Edition before it’s release Ubisoft has announced the Wenja Pack which includes the aforementioned DLC and some extra items to give you a boost during the early game. It also adds on new skins for sabretooth tigers, owls and a tribal paint for the main character, Takkar. Below is a picture of what was originally included in the Apex Edition.

The Wenja Pack will be available tomorrow for $6.99 on Xbox One, PC and Playstation 4. 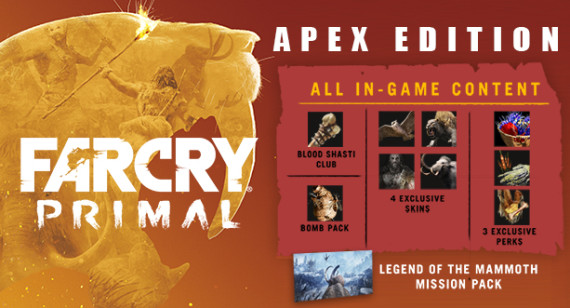