I’m going to flat out admit it: The Matrix series is to me what Star Wars is to other sci-fi geeks. The Wachowskis hit it out of the park when the first movie released. The actions sequences and style inhabited a world all of their own. Admittedly, they borrowed liberally from anime, noir, and dozens of established science fiction tropes. They even stated as much. That’s why I was surprised to hear that folks were disappointed with the sequels. I walked out of the theater ravenous for more. Well, Shiny Entertainment and Atari were more than happy to provide it with their companion Enter The Matrix.

Instead of retelling the events of the movies, which was the norm for this type of licensed game, the developers worked closely with the Wachowskis to create a companion piece. Featuring two separate but interlocking campaigns starring Ghost (Anthony Wong) and Niobi (Jada Pinkett-Smith), the game started slightly before Reloaded and then ran parallel. This fed into the lore in what was, to me, extremely exciting ways and capped off with hints of how the movie trilogy would end. After finishing the title, I was even more surprised that people didn’t like this. Complaints of crashes and unintentional glitches were rampant. People moaned that they didn’t want to play as two nobodies, they wanted Neo. After the dust settled, the game earned itself an average of 63 on Metacritic. Certainly not where they were hoping to land after a reportedly large development budget. 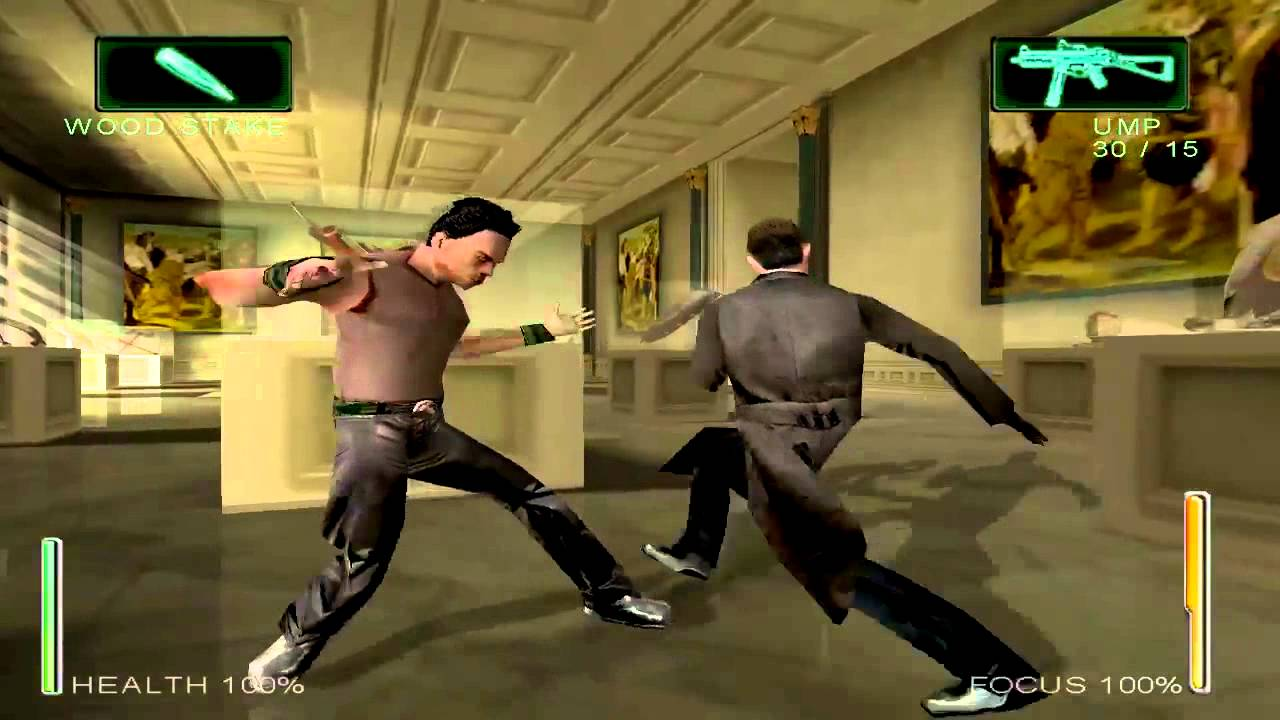 It was with no small amount of trepidation that I decided to re-enter the Matrix. Setting aside my fanboyisms and viewing this through the eye of a critic was probably going to ruin fond memories. Strangely enough, while I now recognize this title as objectively bad, I still enjoy what it was attempting.

One thing that has not aged well are the graphics. I remember thinking that these were astoundingly close to the actor’s likeness back in the day. Now, they come across as muddy and blurry. The color aesthetics of the series really didn’t help this title age as well as other titles from the PS2. This is while playing on the same CRT television that was originally used way back in 2003. One would dread to imagine how it would look on a modern HD screen. 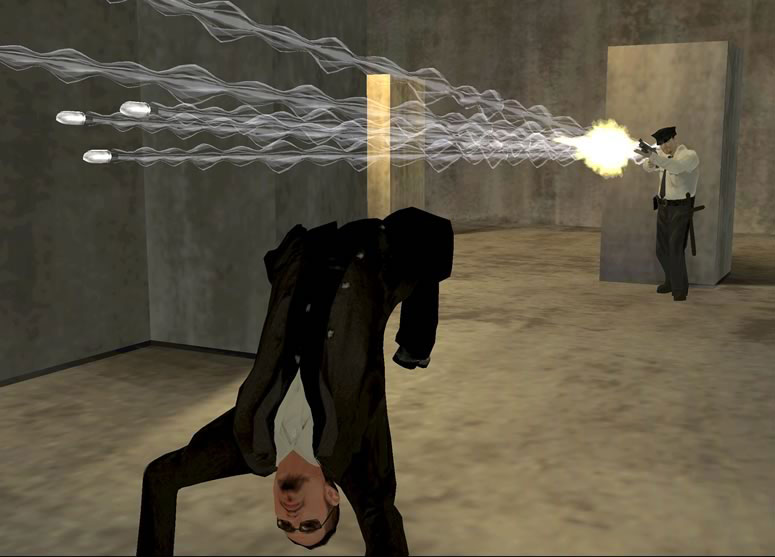 Fortunately, the controls also haven’t stood the test of time. When it was made, developers were still toying with various schemes as there was not an accepted norm. Since then, games have come to have accepted inputs, and Enter did not have it. I found myself running on walls when I meant to jump, triggering bullet time when I wanted to realign the camera, and sucking ground when trying to counter.

Still, once the player becomes reacclimated, this game becomes incredibly fun. There are so many opportunities to do something badass. I was jumping off walls to kick a guard in the face, then transitioning to a spinning dive with guns blazing, landing, and performing a well choreographed martial arts finisher on a poor remaining schlub. Shiny absolutely had the right idea for the moment to moment action. 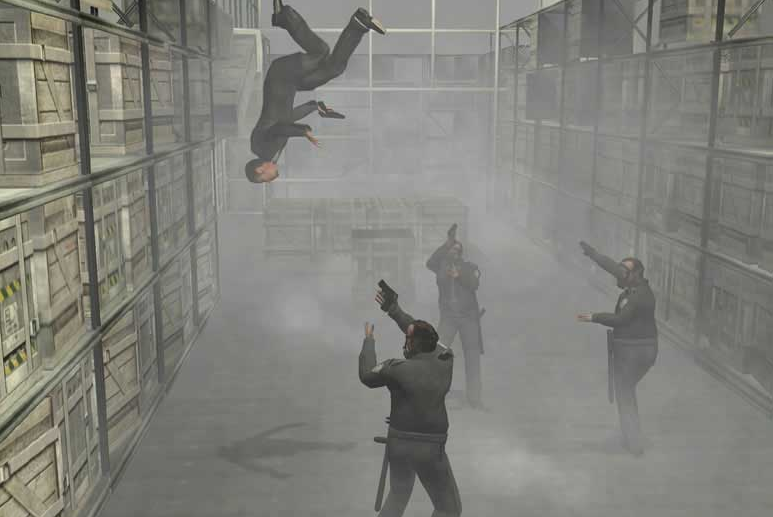 Still, the vehicle sequences were pure, unadulterated used teabags. During Niobi’s campaign, there are a couple of portions where the player drives a car in attempt to avoid agents and reach an escape point. The vehicle controls were astoundingly poor at the time, and come across as a Unity built “My First Project” now. Ghost’s version of these sequences are slightly better. Instead of driving, he hangs out of the vehicle to gun down the pursuers. Even then, the aiming was finicky, and some memorization was required to ensure that he is pointing in the correct direction when needed.

One commonly reported complaint about this title was the persistence of crashes across all platforms. I must lead a charmed life when it comes to this game, as I never once experienced this issue during any of my playtime, past or present. A framerate hitch might rear its head every once in a while, but that was the worst of it. This goes for both the PS2 and the XBox versions that I have enjoyed over the years.

The other common issue was the fact that this was a side story that did not allow players to take the role of Neo. Personally, I liked this better. I knew Neo’s story. I wanted to know what else was going on, and watch as the parts fell into place. Ghost and Niobe weren’t the heroes of the trilogy, but they played a crucial role in saving the human enclave of Zion. Being able to interact with the world, including helping Trinity and Neo get what they needed to do their thing, was satisfying to this fanboy, even now. 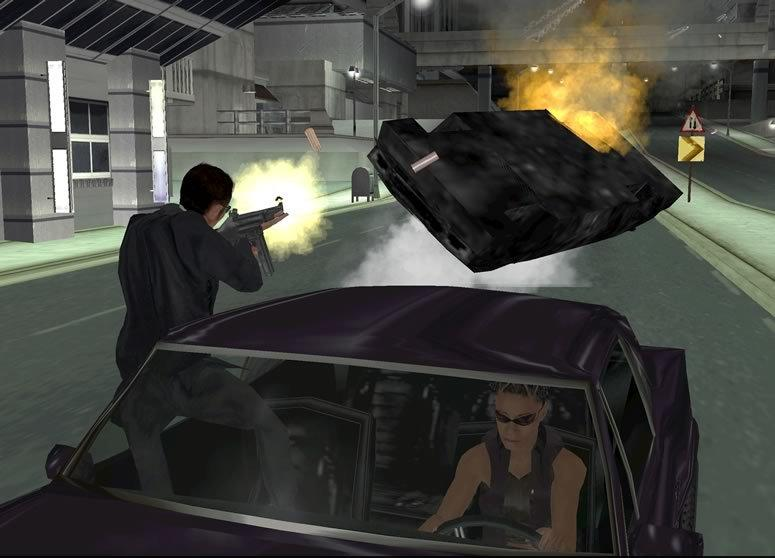 This is a difficult title to recommend. People who enjoyed the entire trilogy can skip the poorly designed parts of the game and watch the cutscenes as a bonus on any of the Blu-Ray releases. So, that is no longer a selling point. The gameplay and controls were better put together in the next Matrix game Path of Neo (also known as The Apology).  On the other hand, there was something cool and fun about being a character in the background of an epic that was always meant to be there. (As opposed to how EA shoehorned in a second Fellowship for Lord of the Rings: The Third Age.) Therefore, considering that it can be found for somewhere between one and five dollars, Enter the Matrix is worth a look for fans willing to overlook a cavalcade of crap for the sole purpose of geeking out. People who want to play a good game should look elsewhere.