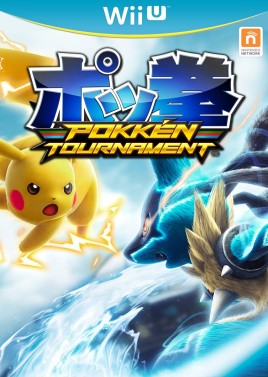 We’ve all dreamed of playing a fast-paced Pokémon game. Ever since the anime debuted with trainer and Pokémon in-sync during battle, fans have clamored for such an experience. Pokkén Tournament brings a refreshing change of pace to the Pokémon franchise in way the company probably never thought of during its inception twenty years ago. Pokémon battles started out on a 2D plane and received a huge boost in graphics thanks to Pokémon Stadium taking it to the next dimension. Over the years the two have evolved side by side, culminating in Pokémon XY, the first 3D Pokémon game with more direct actions. If you throw them all into a pot with a fighting game like Tekken, out comes Pokkén Tournament.

Getting started is fairly easy as you can go through a series of tutorials with Nia, a fellow trainer and your mentor. She’ll teach you all about tournaments, practice mode and offer helpful tips during matches. It’s important going into a new game with a tutor as you’ll find out plenty of tips to make gameplay easier. Pokkén Tournament is, however, a fighting game and like most in the genre you can self-teach just by fiddling around with the controls. Either way you learn to play won’t matter as long as you’re earning victories. The controls are simple overall — not all buttons are used, which is a huge plus. Many games rely heavily on advanced combo attacks which can be difficult to pull off while Pokkén Tournament simplifies the moves to give everyone a fair chance. I found it can appeal to many casual fans because of how easy it is to pick up, but with that comes an intense amount of strategy that hardcore players will surely develop.

The variety of Pokémon fighters to choose from is excellent with a variety of types, ranks and evolutions. While the inclusion of two Pikachus is considered more or less a cloned fighter, it is fair to say their attacks differ enough. Pikachu Libre could be replaced with the likes of Hawlucha in order to keep the Lucha wrestling motif, but otherwise the roster does a fair job balancing itself with Pokémon having their own specific strengths. Some favor power or speed while others can be technical or standard. All Pokémon come with a set of moves from the series. Including a legendary (Suicune) and an unevolved Pokémon (Braixen) breaks up the mold of what you would expect when fighting against others in the handheld Pokémon games. Throwing in a few Mega Evolved Pokémon is fun showing off their power. 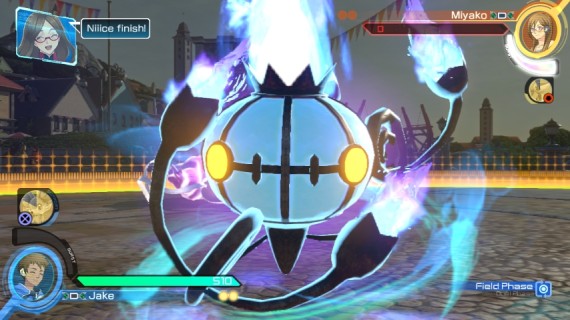 You can’t have Pokémon fight each other without some of their signature attacks. Along with those are newly-created techniques and Synergy Burst attacks as their most powerful moves. You will easily find which Pokémon you click with the most. For me it was Chandelure, who specializes in long ranged power attacks, but I felt sorry for some Pokémon when using their Synergy Burst attacks as they don’t go Mega or change appearance. It’s as if they have all this power and no way to visually show by changing appearance like that of Blaziken, Gengar and others. In the end, though, it’s how you play that matters. So while I felt bad for Chandelure, I know it’ll kick some butt. As you defeat opponents you gain experience to level up certain aspects of your fighter to build power, defense, use of Synergy and use of strategy. That they have allowed us to choose from all Pokémon in the beginning is appreciated, but the chance to unlock more would be worth replaying. As it stands right now there won’t be much to do after you’ve had your fun checking out the current selections. What they’ve done with the Pokémon in Pokkén Tournament is fantastic. Adorable reactions and quirks related to their style have been added, which builds character and is something usually only seen from the series via the anime. Adding elements of personality to a fighting game without humans is refreshing and makes Pokkén Tournament a better game because of it. Perhaps we’ll receive some downloadable fighters in the future. It’s a high possibility with plenty of viable candidates ready to brawl.

Speaking of battling, Pokkén Tournament utilizes two modes during each fight. Depending on which attacks are landed, the battlefield will shift from the long distance Field Phase to the close up Duel Phase and vice-versa. When the switch occurs some of your Pokémon’s attacks will change. In one mode you’ll be able to use a long range attack to attack but in the other, that same button combination will be a new attack. It will take time to get used to the phase shifts but it also builds on the use of strategy. It differentiates itself from many fighting games by changing the combat entirely. Luckily the change isn’t drastic or hindering, it gradually moves in or out once the attack lands which should give those alert to the battle enough time to adjust. 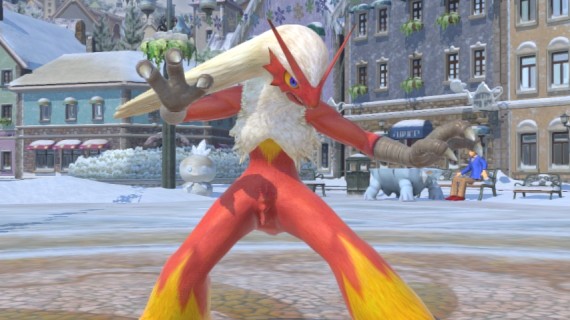 There are ways to keep you entertained and coming back for more with the implementation of collectibles, rewards and achievements. For some you must use a certain Pokémon so many times or go on a winning streak; it will be a challenge finding them all but it does draw players back for more. Completing certain challenges unlocks new Support Pokémon to aid you battle. You only get to use one at a time from the pair you pick, but they can come in handy by inflicting damage, stalling opponents or boosting your stats. There are also new stages to unlock which feature a multitude of fun background Pokémon that you’ll want to search for. It will be hard to do with the camera rotating automatically but if you’re in training mode or with a friend you can give it a try. The amount of detail the locations have is surprising and how many Pokémon are hidden around the environments. There are plenty of Easter eggs to find; my favorite involves a frantic trainer trying to hatch eggs. It would have been great to allow fans to free roam with the camera just to observe our surroundings.

The graphics are stunning in high definition, at least when it comes to cut scenes. You can even see blades of grass on the ground. The opening video is one we’ve seen before but I was blown away watching it unfold on the Wii U. The fighting graphics are slightly below amazing with everything having this weird glow around it. It doesn’t affect the battle at all but it also doesn’t match the quality we see when firing up the game. Sometimes certain attacks are so full of power it can end up looking messy and jumbled. It’s difficult figuring out what just happened when sparks, flames and aura are flying everywhere within close combat situations. There are some combat elements that are going to take some getting used to. The knock-back you receive from an attack can last a long time and hinder your performance. Your instinct is try and block or recover yourself while in the air, but that will only work if you aren’t currently trying to recover from a hit. At least you’re able to shield against many moves including Synergy Burst and if you’re on the ground there’s only so much the opponent can do allowing you to avoid some damage.

With our beloved Pokémon partners, we can rise through the ranks of tournament mode taking on opponents who will gradually become more challenging. There is a single battle and training area to hone your skills, a local co-op option to play with another person and an online mode for pitting yourself against any one around the world. My experience online was average. Some may experience lag and choppy frame rate but it doesn’t happen all the time. And given that this is a brand new game, we expect a few things to be fixed in the near future. 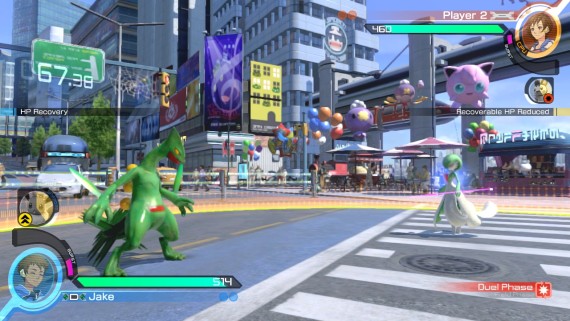 Pokémon games are almost always a hit and Pokkén Tournament ranks up there with the best. It’s a refreshing change of pace for the standard battling experience allowing us to literally go hands-on in combat. The action is quick, the attacks are expertly selected and the spirit of Pokémon is perfectly captured. There are millions of fans out there waiting to challenge you, so it’s best you start your climb to the top as soon as possible. Pokkén Tournament is a victory and hopefully the beginning of a new series within the franchise.