Torn Banner Studios is leaving behind medieval warfare for magic. The developers behind Chivalry: Medieval Warfare are ready to leave grounded reality behind in order to cast a spell. Enter Mirage: Arcane Warfare, a title that puts players in control of powerful spellcasters as they wage war upon each other.

I got a chance to check out the game at GDC. Torn Banner Studios showed me a recorded match, highlighting many of the key features. Though Arcane Warfare is very much about magic, it doesn’t do away with Chivalry’s excellent melee combat. In fact, if players want to succeed they will need to be creative on the battlefield, combining up-close melee attacks with ranged spells. Torn Banner highlighted this in the recorded match. A ranged user was aiming for headshots, leaving his body wide open to an opponent. This opponent used their magical slide dash to close the distance. Luckily, the ranged user came to their senses, leaped backwards, and fire magic like crazy to get the kill.

Mirage: Arcane Warfare is an intense game that requires time and patience to master. There are six diverse classes with a selection of combat loadouts and each will play very different from one another. These classes include assassins, brutes, mages and many more. 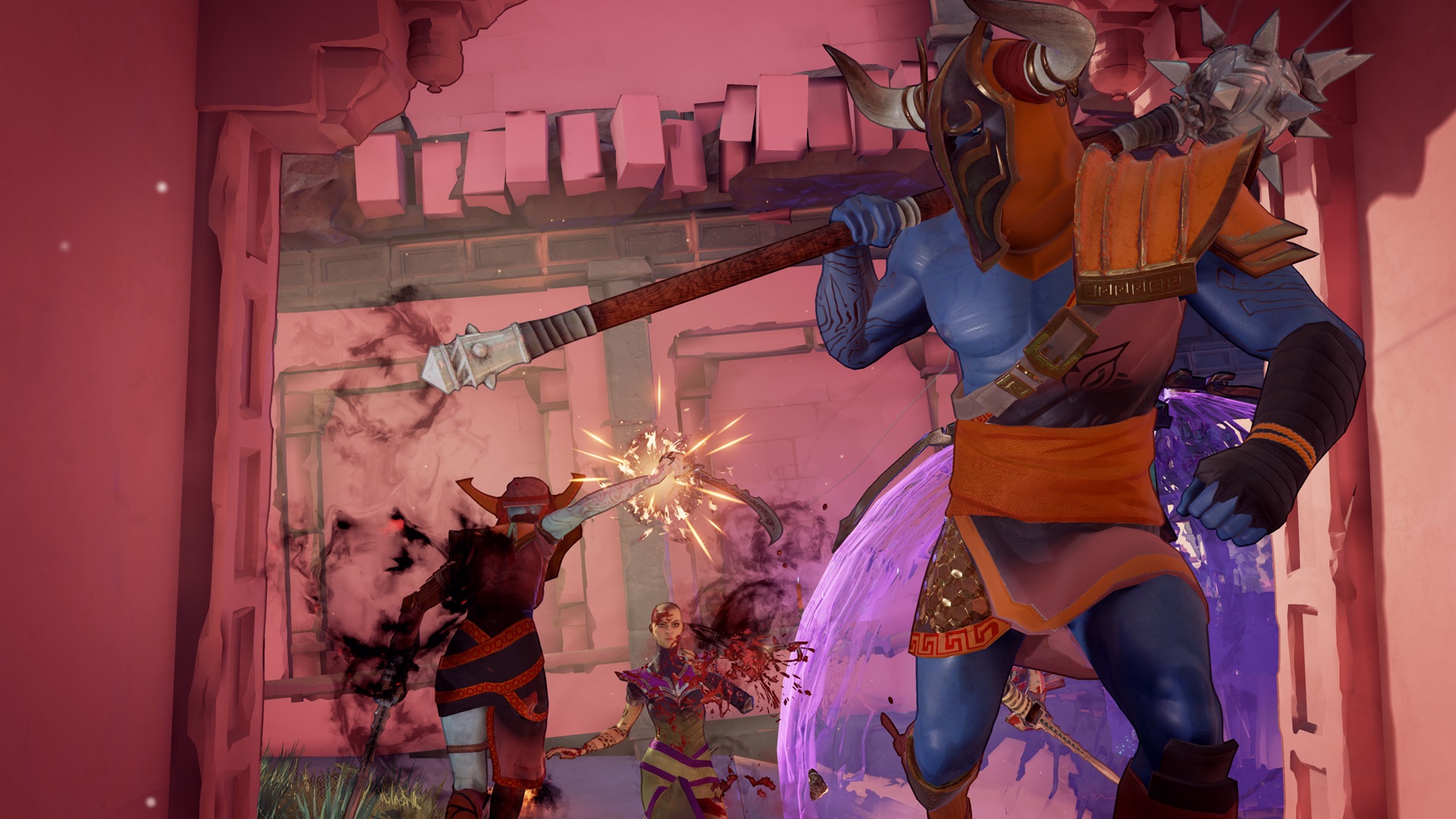 Much like Chivalry, Mirage is a team-focused game centered solely on multiplayer. Sorry single-player fans but Torn Banner has no interest in developing a single player campaign. You also won’t find any solo multiplayer modes. Arcane Warfare was designed around teamwork, and so contains only team-based multiplayer modes.

The mode I was shown saw the attackers attempt to guide a bomb towards the defender’s spire. The bomb could only move forward if the attacking team were nearby. This forced the attackers to play defense, and the defenders to play offense. It was neat to see the roles reversed, and watch the mayhem that ensued as magic flew all over the screen. It looked like a lot of fun, and I deeply wished I could have been playing the match rather than just watching.

Mirage looks good, incorporating Persian and Arabian style art and architecture into the game’s world. Players can expect to battle throughout ornate palaces, desert oases, and many more exotic locations when the game launches. Torn Banner is implementing a dynamic gore system, allowing limbs to fly, blood to gush, and heads to roll off shoulders in a cathartic and joyful kind of way. 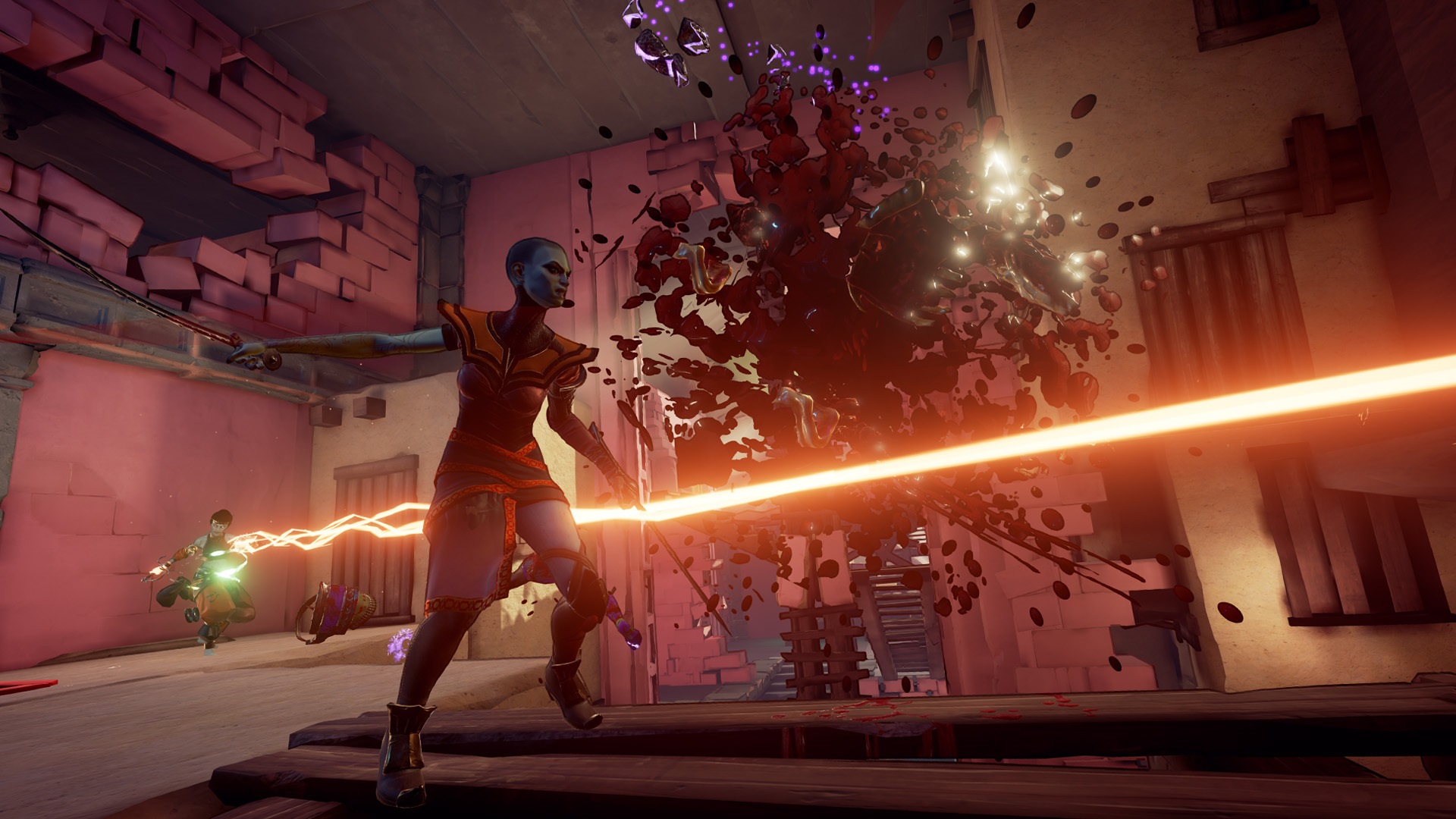 Torn Banner is currently developing Mirage for the PC but did not rule out PS4 and Xbox One versions. Chivalry: Medieval Warfare was ported to PS3 and Xbox 360, and later to PS4 and Xbox One, so it’s always a possibility. For now, though, Torn Banner is dedicated to making the PC version the best it can possibly be.

Mirage: Arcane Warfare looks like it’s going to be a lot of fun. The brief pre-recorded match offered up a bunch of thrills and gave me a good idea of how the game is going to work. We’ll be checking out the game again at PAX East, where it will actually be playable. Be sure to check back for our hands-on coverage.