The first-person story-exploration genre is exploding. Already released titles like Gone Home, Everybody’s Gone to the Rapture and The Vanishing of Ethan Carter have each helped the genre garner a high level of prestige. All three games take place on Earth, however, and though filled with mystery, never manage to create much suspense and tension. Enter P.O.L.L.E.N, a game in development at Mindfield that takes players to Saturn’s moon, Titan, and uses mystery and suspense to create a wholly unique VR experience.

P.O.L.L.E.N takes place in an alternate timeline where President Kennedy was never assassinated, the internet was never created and the space race between the U.S. and Soviet Union boomed, allowing both countries to take to space to conquer the vast mineral-rich expanses beyond Earth. On February 2, 1995, Station M on Titan is about to make a huge announcement when a member of the research team mysteriously disappears. As a reserve member of the RAMA Company, you are sent in to discover what happened. 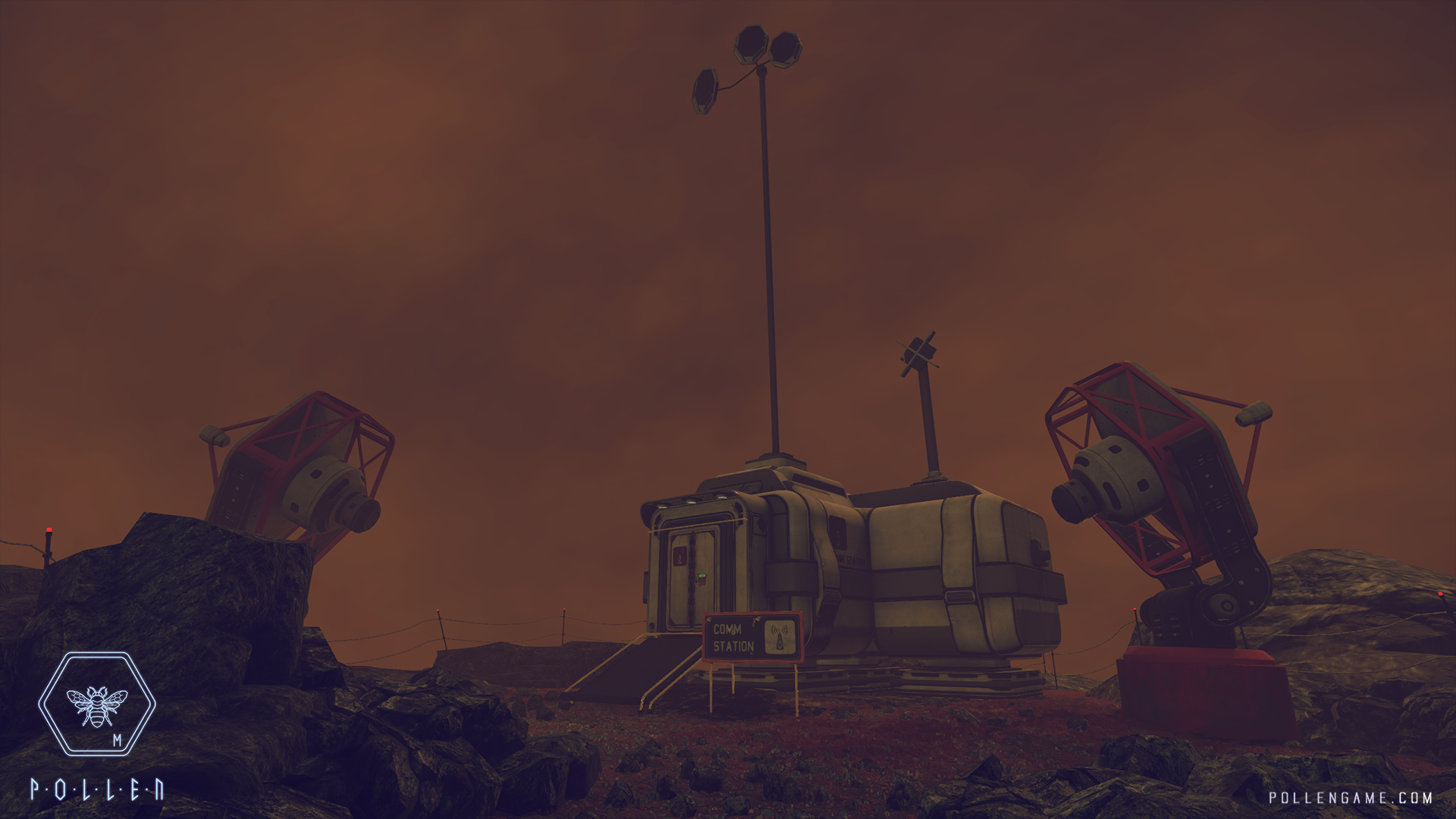 This is where my demo began. I quickly made my way to the communication center to turn it on and make contact with the members of Station M. The controls are streamlined to be simple for all players. Players can easily grab items with the Right Trigger, spin and observe them by holding the Right Bumper and twisting the right analog stick, and sprint with the Left Bumper. Quickly tapping RT to turn the communications center on, I was quickly greeted with silence. Unfortunately for my character, a heavy lunar storm hit Titan, forcing the player to take refuge on the seemingly abandoned Station M.

Once aboard, it became abundantly clear that something otherworldly had taken place. Early on I stepped into a room only to confront a helmet floating in midair. I grabbed in, and upon looking at it, managed to find a blue rift that took me into an alternative version of the base. Unlike the normal version, this alternate world was dark with parts of the ship destroyed. The only way to bounce between both versions of Station M is by finding these rifts located throughout the station. Players will need to travel between both versions to solves puzzles and figure out what happened. 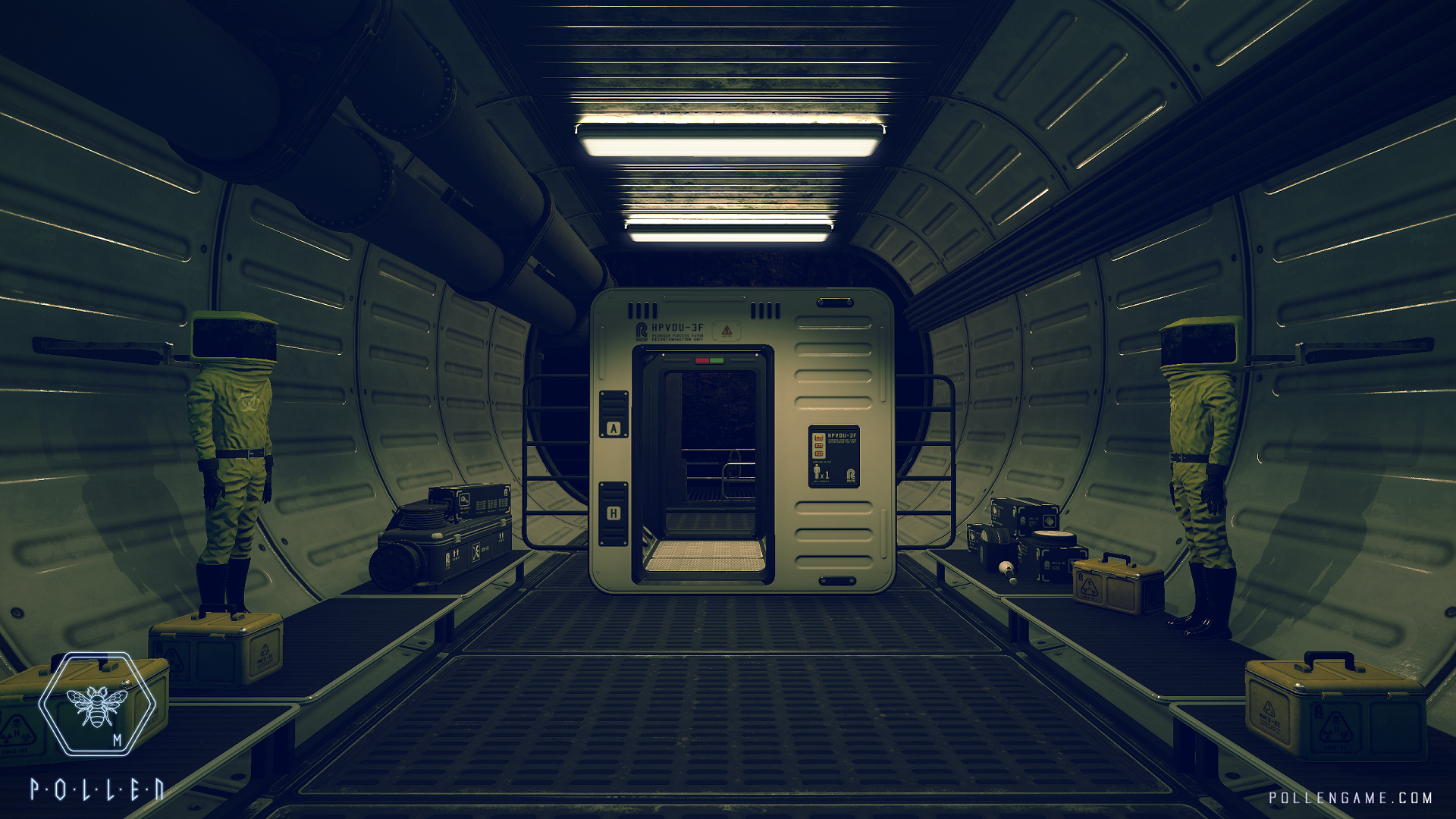 Like most exploration games, players will need to observe the environment, collect key items, and listen to audio tapes to piece the story together. Puzzles are the main barriers to player progression, and can typically be solved numerous ways. One puzzle had me hacking a door. If I picked up a certain item earlier in the game then I immediately had the answer. If not, then I had to toy with the different cables to find the right combination. Another tasked me with getting across an electrified pool of water. I could either follow clues to the water station and shut it off, or find a more creative way to get across. For example, developer Mindfield threw a cart into the middle of the pool and then jumped on it to get across.

P.O.L.L.E.N is a very special title as it has been developed from the ground up for VR. Though it can be played without a headset, I would recommend against it. Playing with the Oculus Rift, it genuinely felt like I was in Station M, like it was me in the spacesuit manipulating the different objects. The developers, through playtesting, discovered that players really enjoyed manipulating the different objects in the environment. The result is a fully interactive environment. For example, Mindfield opened a fridge, took out a a beer, placed it in the microwave, and set the cooking time. We then watched it explode from the pressure.. Mindfield does have plans to implement each headset’s motion controllers into the game sometime after launch, and I can see the world becoming even more immersive with these added control options.

I’ve never been a huge fan of VR as we haven’t really seen how a full game would handle the tech. However, P.O.L.L.E.N could be the game that proves just how beneficial VR can be for gaming. Typically, I would just run from Point A to Point B and complete the objective, but just the feeling of thinking I’m in the world genuninely made me want to explore it. P.O.L.L.E.N makes a strong case for VR though it remains to be seen how long players can handle using these headsets before wanting to take them off. For now, though, P.O.L.L.E.N goes a long way in showing just how immersive VR can actually be in a real game and not just a tech demo. 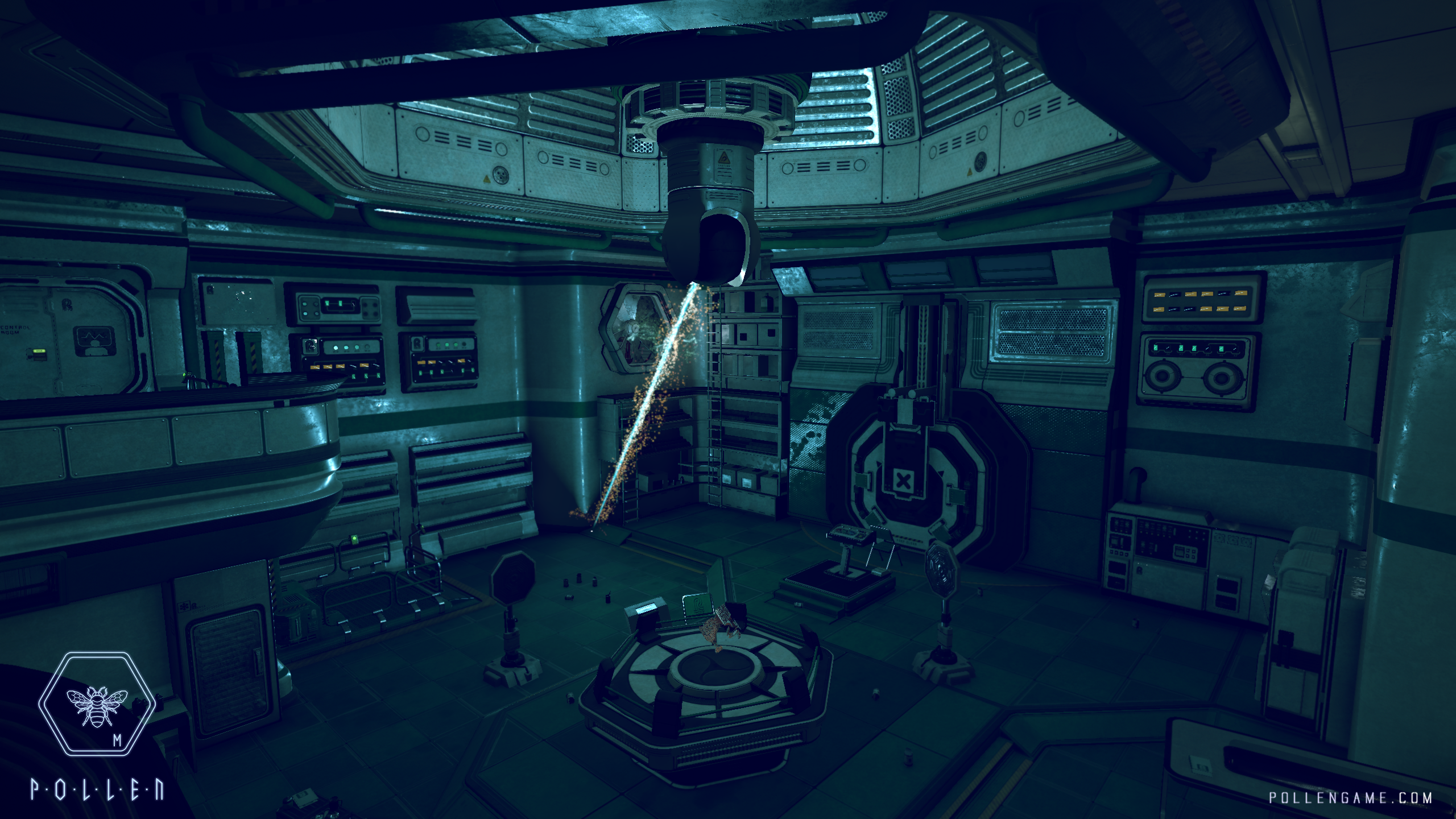 Visually, P.O.L.L.E.N is a stunner. Running on Unity Engine 5, P.O.L.L.E.N is a graphical masterpiece with Mindfield admitting that Unity is using their game to showcase what Unity 5 can do. The world is painstakingly detailed and the added physics of the environment being fully interactive just adds to how impressive the presentation is.

P.O.L.L.E.N is a game to look out for any player, but those with VR headsets definitely need to check it out. P.O.L.L.E.N is set for release on PC this spring and will be compatible with Oculus Rift and HTC Vive out of the box. The PS4 version and PlayStation VR support will come later, most likely around the time PSVR launches. Motion control support for all headsets will be added in at a later date.