Total War: Warhammer arrives as Creative Assembly’s first foray into the fantasy genre. Blending the Total War and Warhammer franchises together seems natural and adds a ton of interesting gameplay mechanics. This includes the vampires. Led by Manfred von Carstein, the vampires descend upon the battlefield with unique mechanics exclusive to the race. At GDC 2016, I went hands-on with the vampire race to discover just what makes them so different.

Overall, Total War: Warhammer is looking to shake up the traditional Total War gameplay. Siege warfare has been totally reworked from previous games in an attempt to focus the battles. Sieges now take place across a few sections of the map, creating a more cohesive battle. Defenders can man garrisons around the walls and attackers can utilize artillery, siege ladders and towers to aid in their siege.

Warhammer’s lore also plays a key aspect in the game’s balance. There are many different races and factions the game’s systems take into account. For example, the Empire has no love for Greenskins and would never occupy conquered lands. They’re far more likely to claim the land’s riches and move on. This plays into the different campaigns with each race having unique objectives. 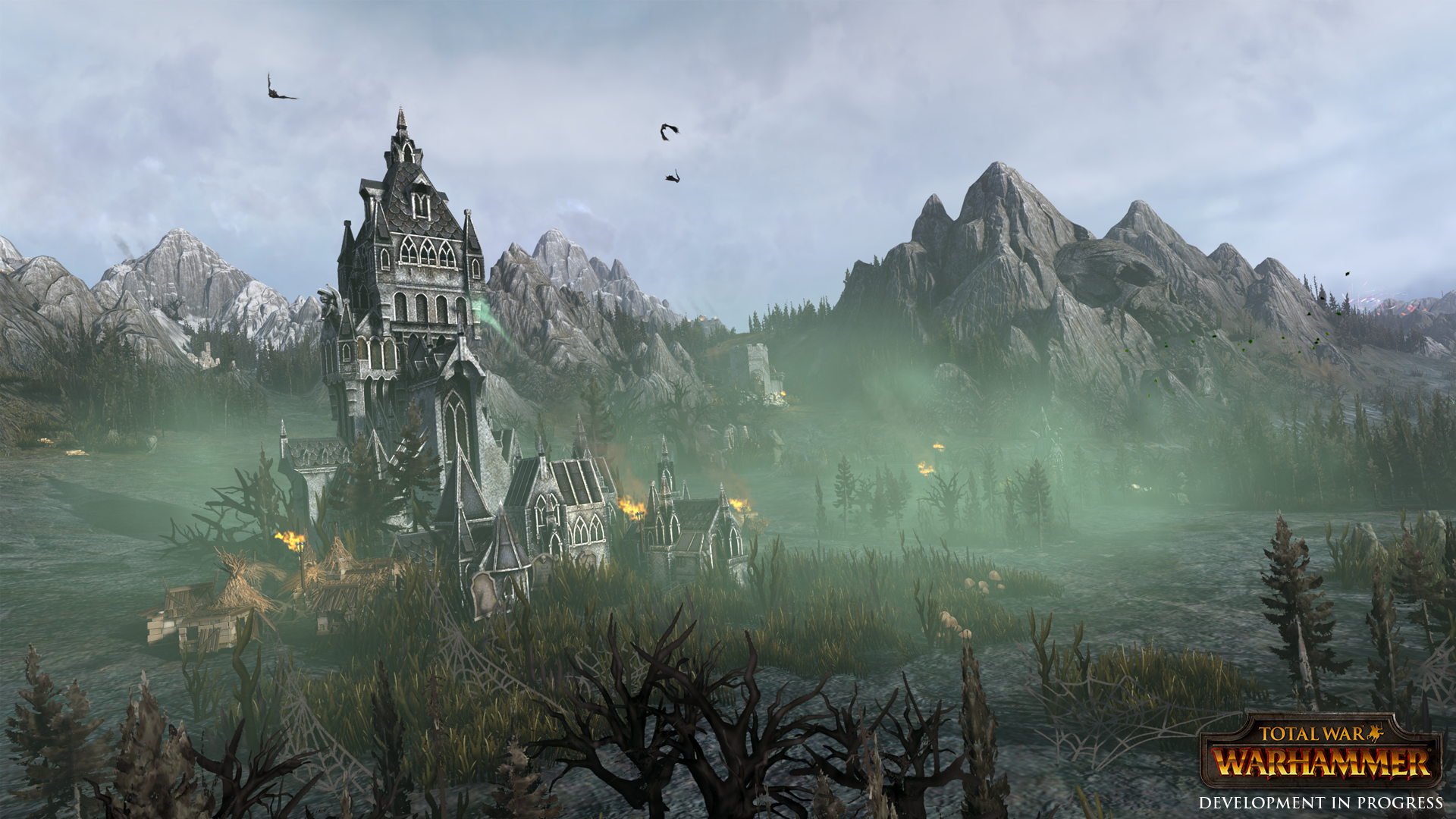 This all leads us to the vampires, which are quite a unique faction. Vampires contain no ranged units, making them 100% focused on melee. This sounds bad, but I quickly learned that the vampires have their own advantages. For example, the vampires make excellent use of flying units. An early campaign mission gave me control of a group of fellbats, vicious beasts that quickly maneuvered around the map and were especially effective at flanking the enemy.

Manfred von Carstein, the vampire’s legendary hero, is extremely powerful and capable of summoning the dead. Yes, the vampire armies are composed of undead units. Manfred can raise them both on and off the battlefield. This feature made it quite easy to retain a healthy-sized army. Moving Manfred over a recent battlefield allowed him to recruit many powerful undead units.

Undead units do work differently from live units. As they’re dead, undead units obviously don’t fear death. They won’t get scared and run away from a fight. Instead, the undead are unstable and can begin crumbling. Their stability replaces morale in live units. In battle, the undead will continue to hold their formation, but will be more prone to crumbling and falling in battle. Of course, any fallen units can be re-recruited after winning the battle. In a particularly bloody battle, I was able to repel enemy forces, but lost over a thousand soldiers. Leading Manfred back to the area of the battle, I was able to re-recruit the majority of my dead units, and even those of the fallen enemies. 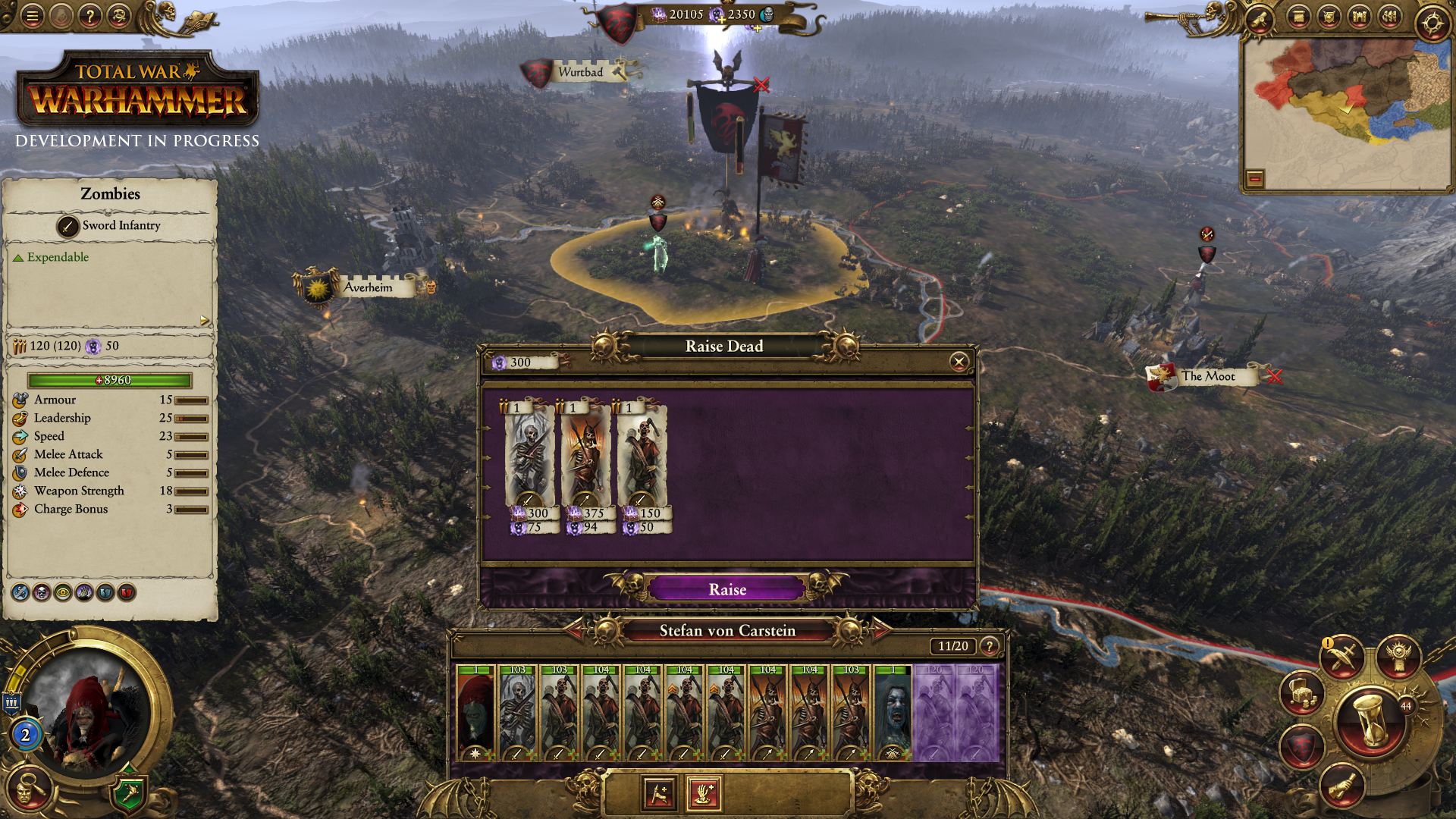 My demo ended with a Quest Battle. These unique battles are not exclusive to vampires, and can be enjoyed with any faction. Every Quest Battle is unique, offering special objectives for players to complete. Each legendary lord gets 2-3 of them, and victory leads to legendary items, gear, and weapons among other goodies. In the demo, Manfred was faced by the Empire in a marsh. The terrain made moving slow and the enemy had quite a vast army. My objective was to make them flee, and though it was slow going, I was able to complete it. Difficult, but very rewarding. 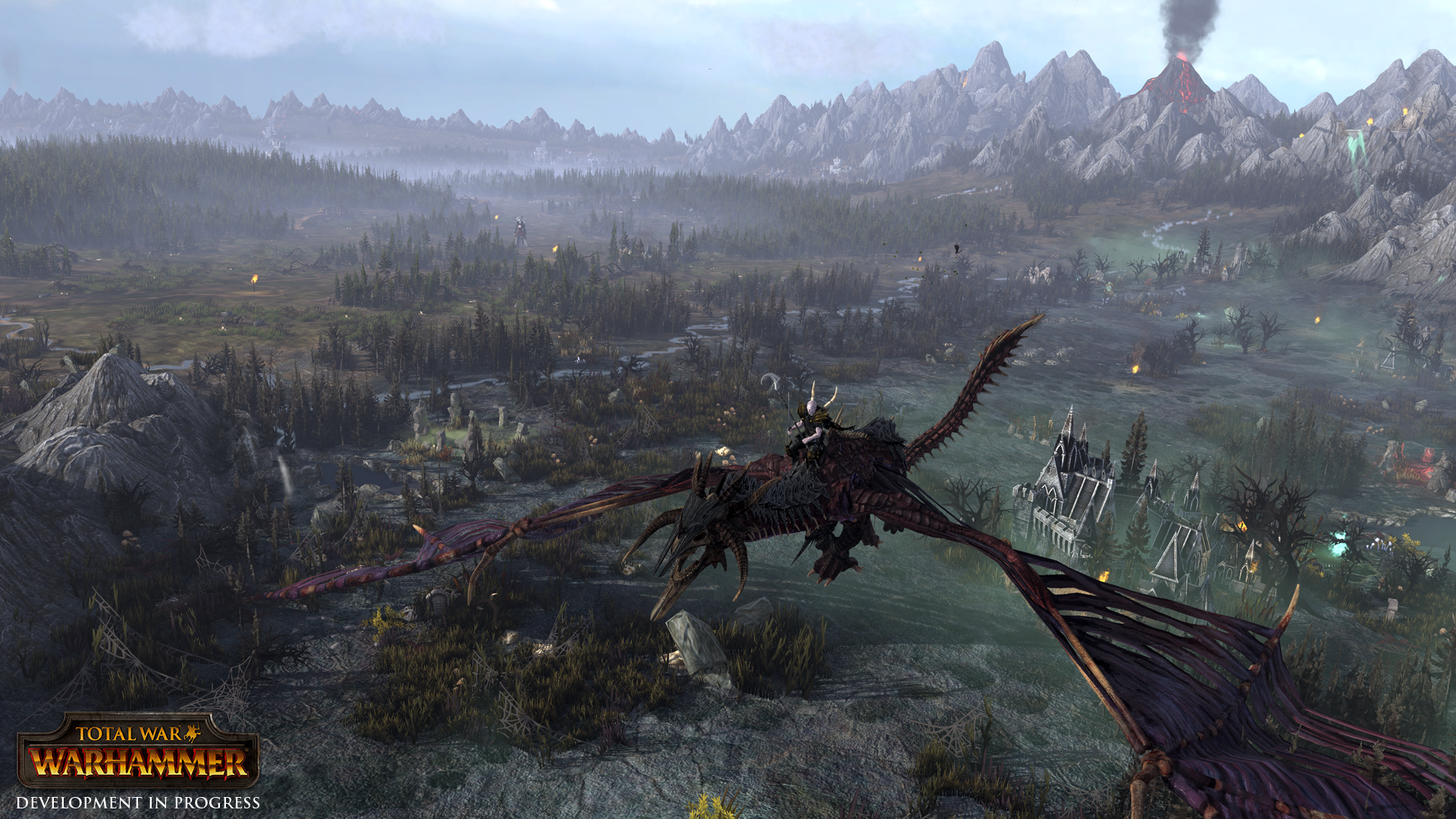 Presentation-wise, Total War: Warhammer is a good looking game. Maps are large, but well detailed. Likewise, unit models are detailed and textured, but it’s the animations that truly make each unit special. Creative Assembly has clearly put in a lot of time and effort to get these strange creatures to animate so beautifully.

Total War: Warhammer does justice to the vampires. Creative Assembly has made the faction feel unique, and it’ll be interesting to see how Manfred’s story plays out in comparison to the other factions. The marriage between the Total War and Warhammer franchises is working out real well, and I can’t wait to see how the final product turns out.

Be sure to check out our interview with Creative Assembly.