During our time with Total War: Warhammer last week, we had the opportunity to talk with Creative Assembly. Sitting down, we got to discuss how the vampires change the game, how siege has evolved and whether or not we’ll see a console port.

Hardcore Gamer: So we have Total War and Warhammer, two big IPs coming together for one massive game. What’s it like taking both worlds and mashing them together?

Creative Assembly: It’s been really interesting. With Total War we generally take an historical era, such as feudal Japan, and we really research heavily into that period and turn that into game mechanics. With Warhammer we’ve got a lore that isn’t necessarily written by the victors like you have with history. We’ve got this fantastic full IP which is really well fleshed out with loads of interesting ideas. To be able to work with this fruitful material is a really good staging point.

It’s also really enabled us to do a fantasy game. We’ve been able to bring mechanics that we’ve never done before. We have flying units and spells. We’ve been really to be able to add a special flavor to every race. In history you can’t really build that much, because humans are humans. With the vampires and dwarves and empire we can really bring some meaningful differences. Everything has just gelled really well. 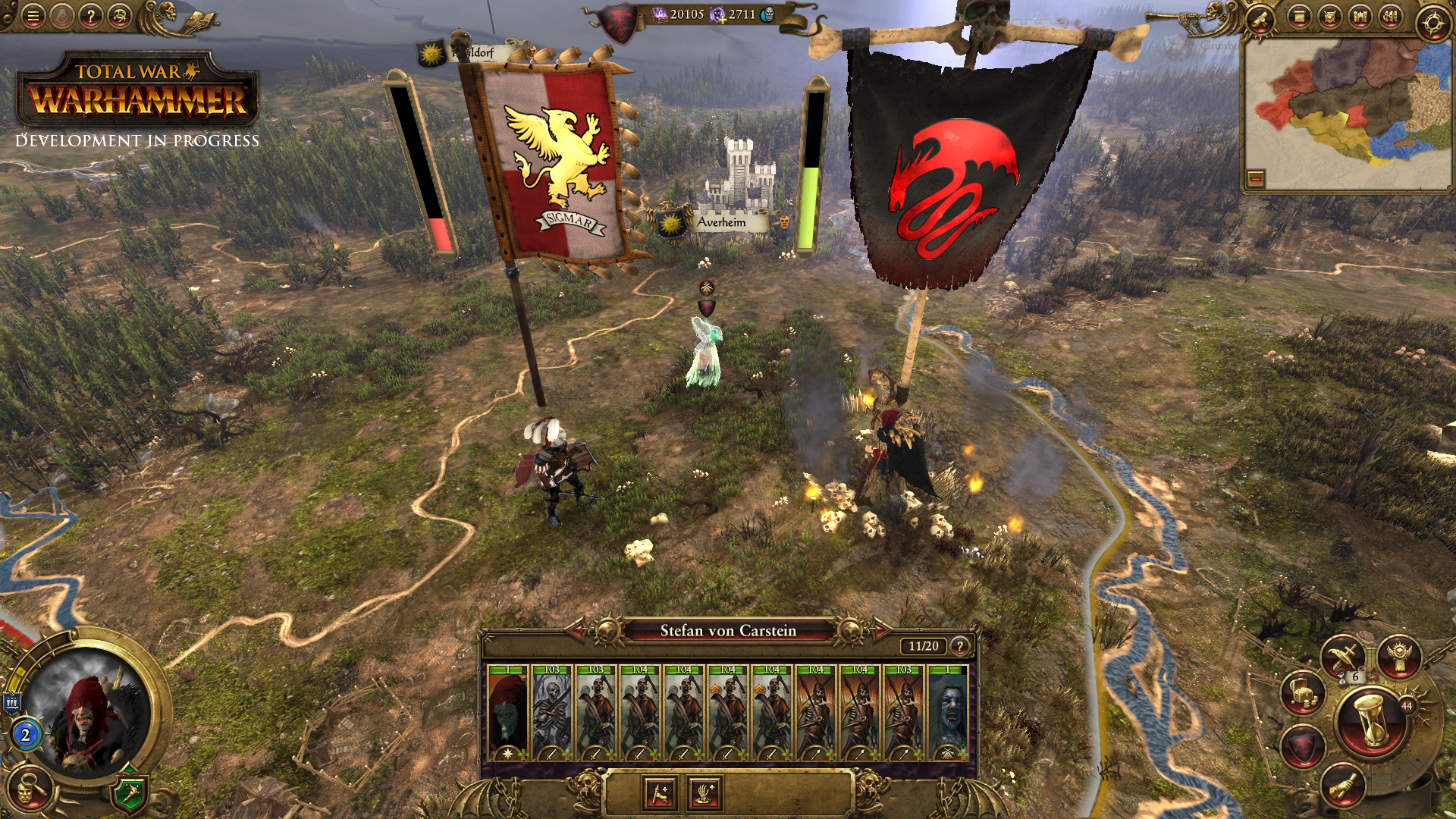 Does each faction have its own campaign?

Absolutely. So there all in the same campaign map, but there are unique mechanics in it. They all have their own unique campaign abilities. Also, on the battlefield, they all play totally different.

Would you say each campaign leads toward one, ultimate ending?

I mean, they, in a way, are all facing the same ultimate threat. If you know anything about Warhammer you probably know what that ultimate threat will be. How they deal with that is totally different. The vampires feel like they’ve been robbed of the empire. So they want to turn the human realms into a field of death. The orcs are an annoyance and the dwarves are equally annoying. The humans, for instance, are all about having a united nation and making their citizens happy. I mean, being a human in this world is kind of a terrible thing. So, the different factions have different value sets that lead us to create many different campaign features.

There’s a big emphasis on siege in this Total War. How has siege evolved over the previous games?

From a battle-side, we’ve sort of looked at what sieges were and thought about the things we’d want to do about bringing it into a fantasy game. We sort of took two main concepts with it. First, in previous games you could upgrade and create huge cities. The problem with that is that the bigger the settlement, the harder it is to defend. Second, this is fantasy. We don’t need to be bound by the rules of a traditional, historical game. We wanted to make it the most epic siege ever. If you look at any fantasy film siege, it’s all about the action being centered and focused on a tense moment. Think of Helm’s Deep. It’s epic because the action concentrates onto a single area so you get a real, tense battle. You have this one long wall where the defenders defend, and the attackers attack. So we’ve kind of solved two problems with one stone by shrinking down the map and having a single wall, allowing us to concentrate the action and make it a lot more exciting.

Defenders only have to concentrate on defending a small area. To help attackers, we brought back in ladders. Infantry units can dock those onto walls. They aren’t as good as using a siege tower, or a ram but they are a way for you to get your units onto a wall. If the defenders lose the walls, they’ve pretty much lost the battle. 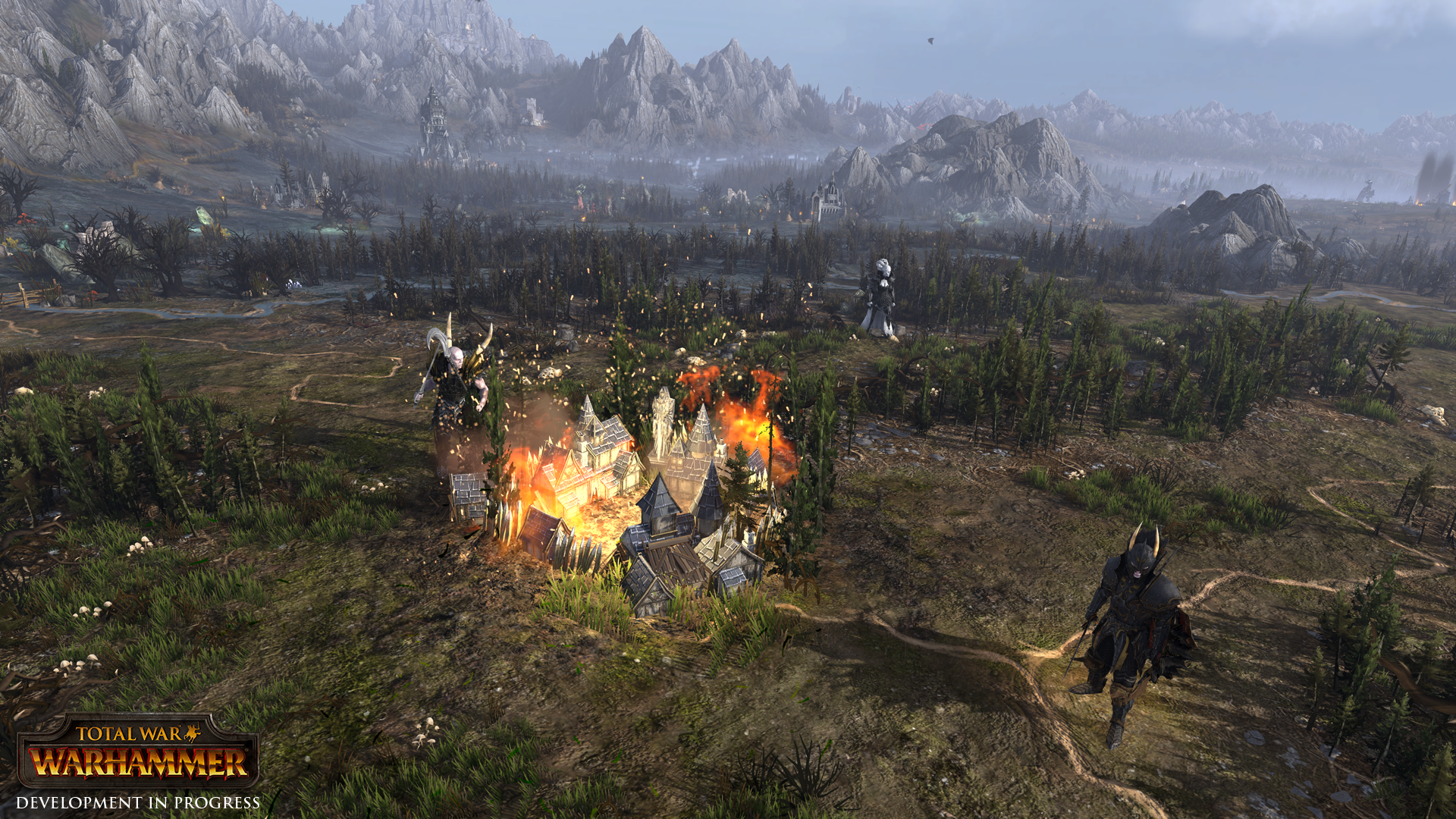 Let’s say I build a catapult or cannon and want to focus on bringing down the walls instead of scaling them, can I do that?

Yes. We’ve kind of made it a bit more difficult. The attackers can hire artillery units and use the artillery to bombard and break down the walls. The walls are strong and thick in Warhammer, and so it’s more difficult to bombard them, but it is possible.

You guys kind of surprised the world back in 2014 when you released the stellar Alien: Isolation. I was curious, have any mechanics from that game been implemented into Total War: Warhammer?

We’re kind of separate teams. You have us, the Total War team who are more PC-centric, and then you have the console team who are currently working on some other project. We do generally keep the teams separate. We do talk and share our experiences, but obviously we’re developing very different games so it’s hard to bring the code from Isolation into Warhammer. Our tools are very similar and tools are transferable, but the game’s remain very different.

At Gamescom it was announced Creative Assembly would be developing Halo Wars 2 for PC and Xbox One. Since you’re already working on an RTS game for a console, do you see Total War: Warhammer potentially releasing on consoles?

There’s always the possibility. It’s definitely something people have thought about, but specifically for the now, for the game we’re about to release, we’re definitely focused on the PC. We will support Mac though. 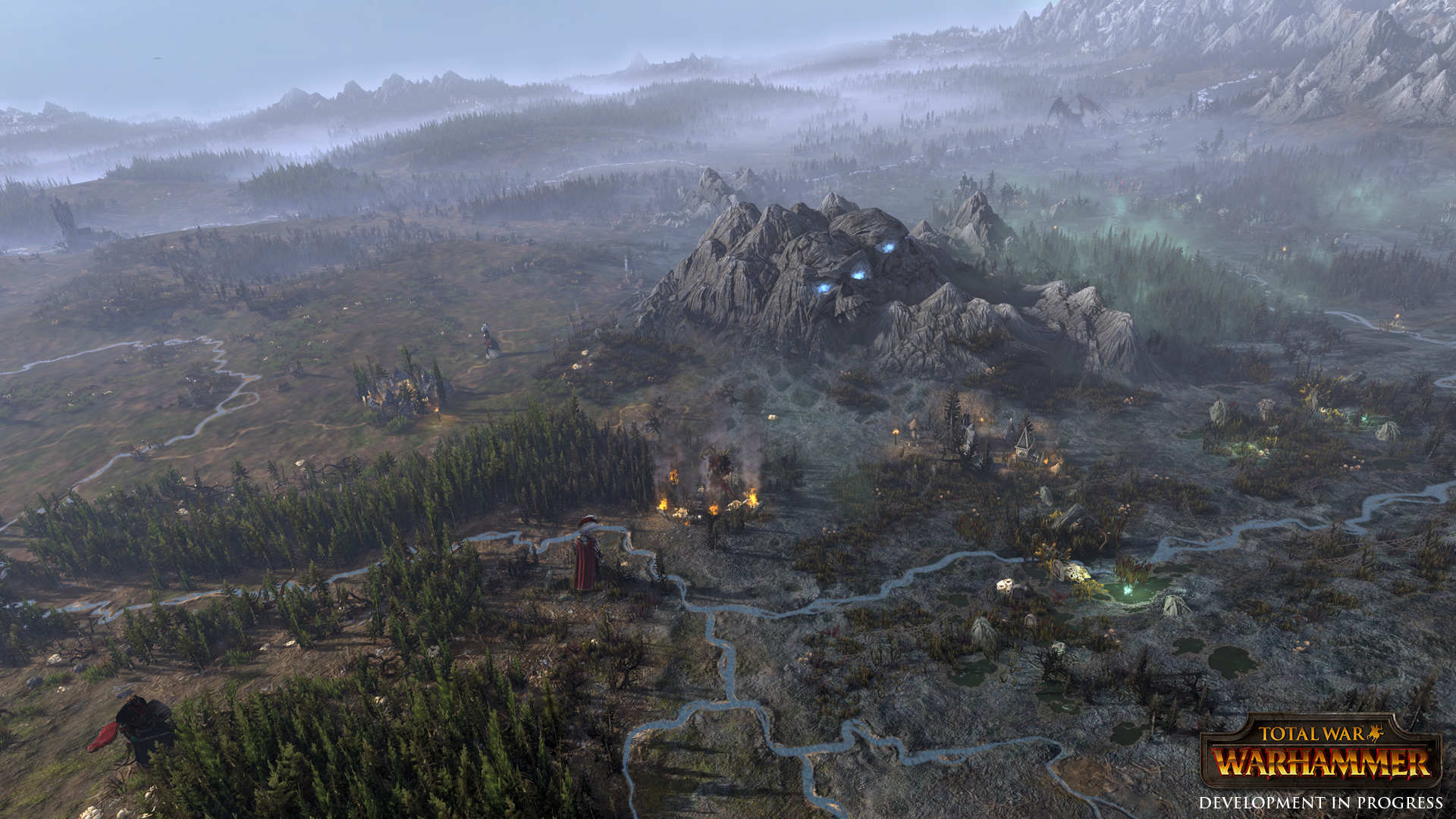 What’s your plan for future content? The base game already sounds like it’s got a long of content, but what can fans look forward to down the line?

This is the first in a trilogy of games with each game acting as a standalone release. However, if you already own the previous game, you can get the next as an expansion. Everything will slot together to create an even bigger campaign. Obviously we’ll bring in more races and factions. The idea is that after all the expansions, DLC, and free content comes out you’ll have all sixteen races currently in Warhammer.

When does Total War: Warhammer come out?

Be sure to check out GDC 2016 preview to learn more about the game.