There are two things that instantly spring to mind when one thinks of VR: the first is pretty dirty and will not be named because this is a family site. The second is horror. After all, the horror genre is all about two things: psychologically scaring you via a spooky atmosphere and immediately scaring you because oh my god there’s something right behind you! VR can accomplish both of those things better than any medium before it and quite honestly it’s shocking there isn’t already a slew of horror games to launch alongside the format. The first and possibly only VR game so far to delve into this beloved genre also happens to be part of one of the most famous franchises currently hitting theaters.

Paranormal Activity VR offers exactly what you would expect from the title. Players strap on an Oculus Rift, HTC Vive (for our purposes) or PSVR and wander around a house where spooky things are happening. The demo we experienced was more of a vertical slice, giving a glimpse into what the full title could offer. In it, you grab a flashlight and start to walk around a creaky old house where things just don’t seem right. You can pick up and examine many objects (which we’re told will flesh out the story in the full game) and venture into multiple rooms. The further you get into the house, the scarier things get. You’ll hear a noise behind you and nothing will be there, but when you turn around all of the dining chairs will be stacked up on the table (Poltergeist, anybody?). 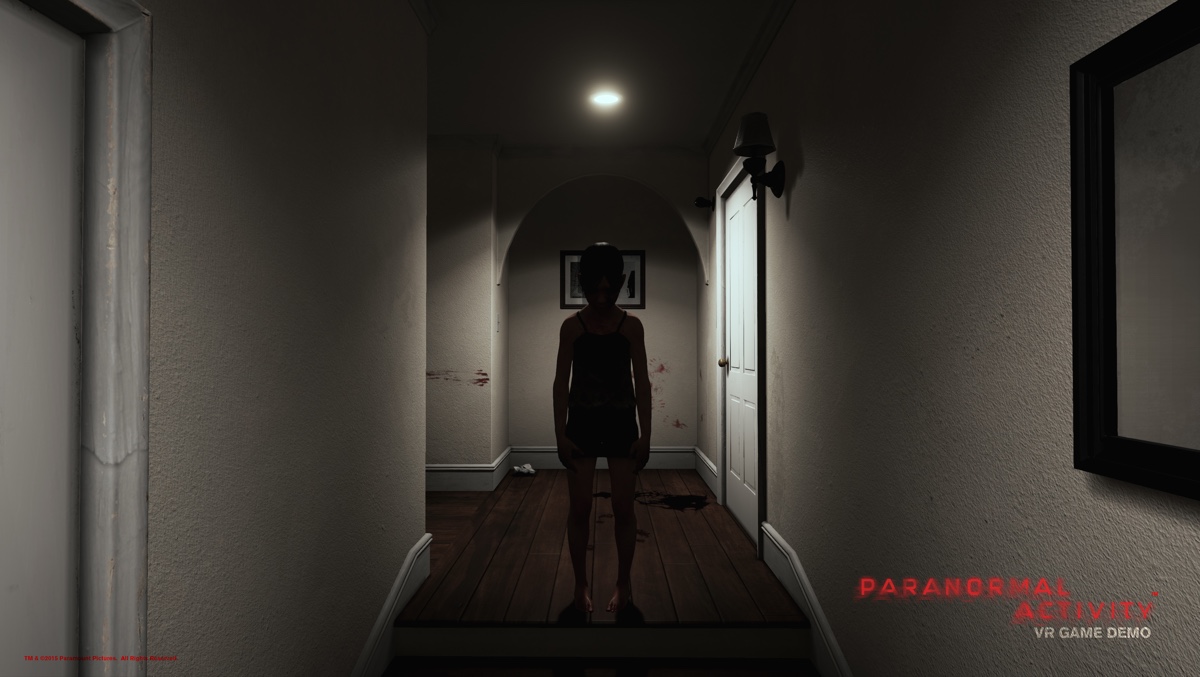 Things get more and more paranormal, with giggles in the distance, lights flickering and an uneasy sense of dread leaking it at every corner. You start to see outlines of a woman in the distance and realize it’s time to get out. But the exit is blocked, so you turn around and guess who’s staring you down?

This ten or so minute demo is chock-full of jump scares and is indeed effective. We were in GDC’s VR lounge for a couple of hours and constantly heard screams from those brave souls demoing Paranormal Activity. A friend of Hardcore Gamer staffing the booth all week confirmed that this was not a unique occurrence and that there was frightened screeching or yelling coming from the demo area like clockwork.

Paranormal Activity is so effective because it literally places you in a horror movie. Instead of being able to look away or close your eyes, you’re the one who makes the (probably stupid) decisions. You’re the one who is being preyed upon and the only escape is to buckle down and get to work or rip off your VR headset and run away. It’s an intense feeling of horror that many will eat with a spoon if they can make it through.

Paranormal Activity VR is due out this summer.