Developer Nvizzio Creations demoed World for us recently. We immediately hopped into a blank space, giving us the freedom to craft any type of amusement park. Nvizzio began the demo showcasing the wide selection of building tools. The dev immediately opened up the objects screen, showing off the different rides, scenery and shopping options available to players. To keep things simple, players need only grab the object and place it wherever they want in. All rides need to be linked to paths, which can be laid out anywhere at any angle. A ‘snap-to’ feature has been implemented for those who may feel intimidated by the freeform placement. 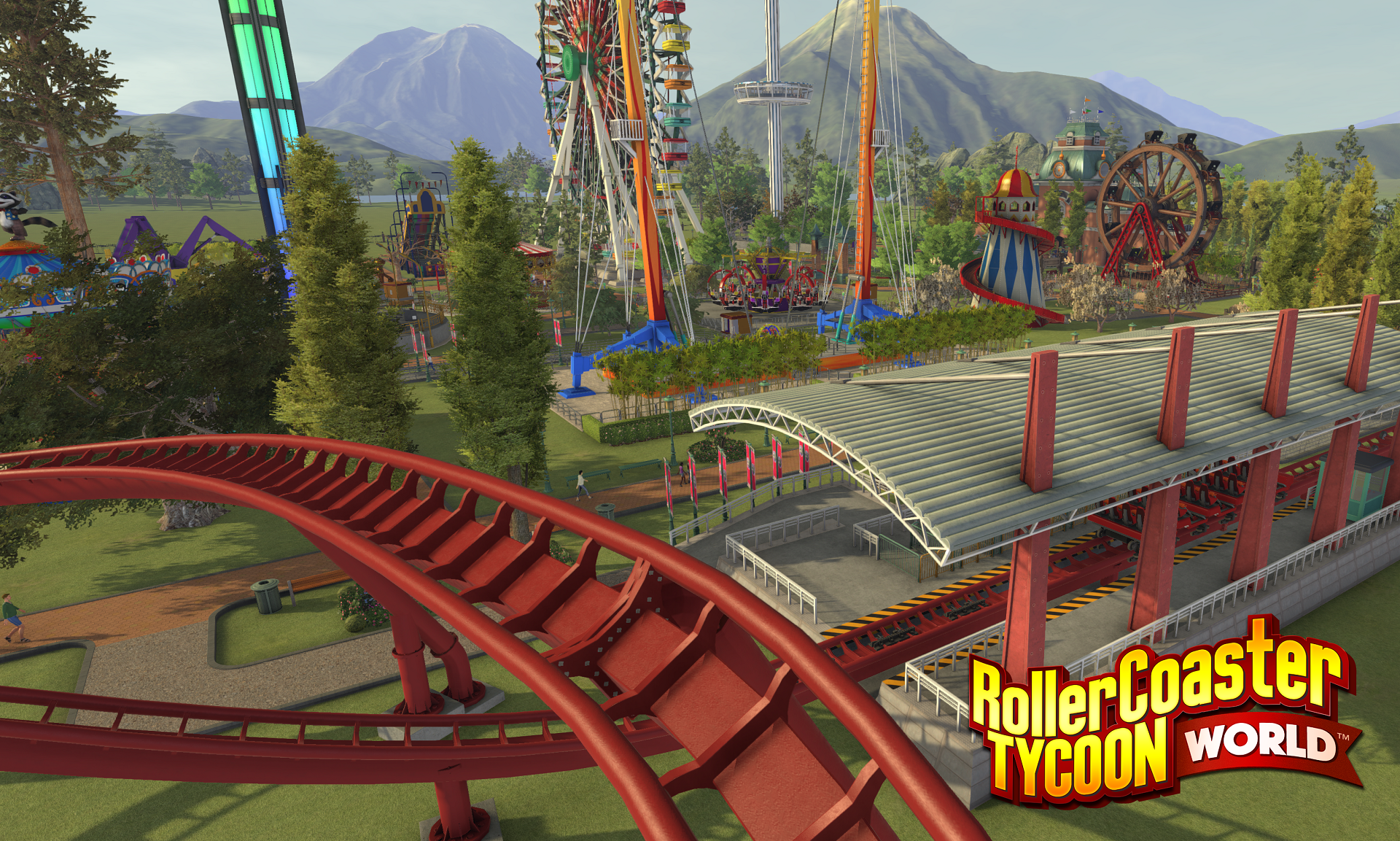 The rides themselves can be edited. A new 3D Track Editor allows users to mold a rollercoaster into the shape they want. In the demo, the developer built a rollercoaster that stretched into the sky and circled around the park. It was dizzying, and not at all surprising that many patrons exiting the rollercoaster were throwing up. You’ll even be able to hop into the front seat of your coaster and ride it like one of your patrons.

Players will also be able to tweak the fully deformable terrain. Raise hills and mountains, make lakes and ponds, or leave it completely flat. You’ll also be able to purchase more land, ensuring that you’ll be able to make the amusement park of your dreams. Those looking for a challenge, or more of a streamlined experience can play through Scenario and Campaign. Both offer unique challenges and quests and typically load with a pre-designed park.

RollerCoaster Tycoon World brings back park simulation in a big way. Detailed park management details relay key information to help keep your park running at maximum efficiency. You’ll need to manage your park’s different services, especially janitorial. The guests are completely responsive to the attractions, shops, and diners in the park, and will react as necessary. As I explained before, it isn’t uncommon to see a woozy patron get off a ride and suddenly barf. If there are no trashcans around, well you’ll need to make sure your janitorial staff is available to clean up that mess. 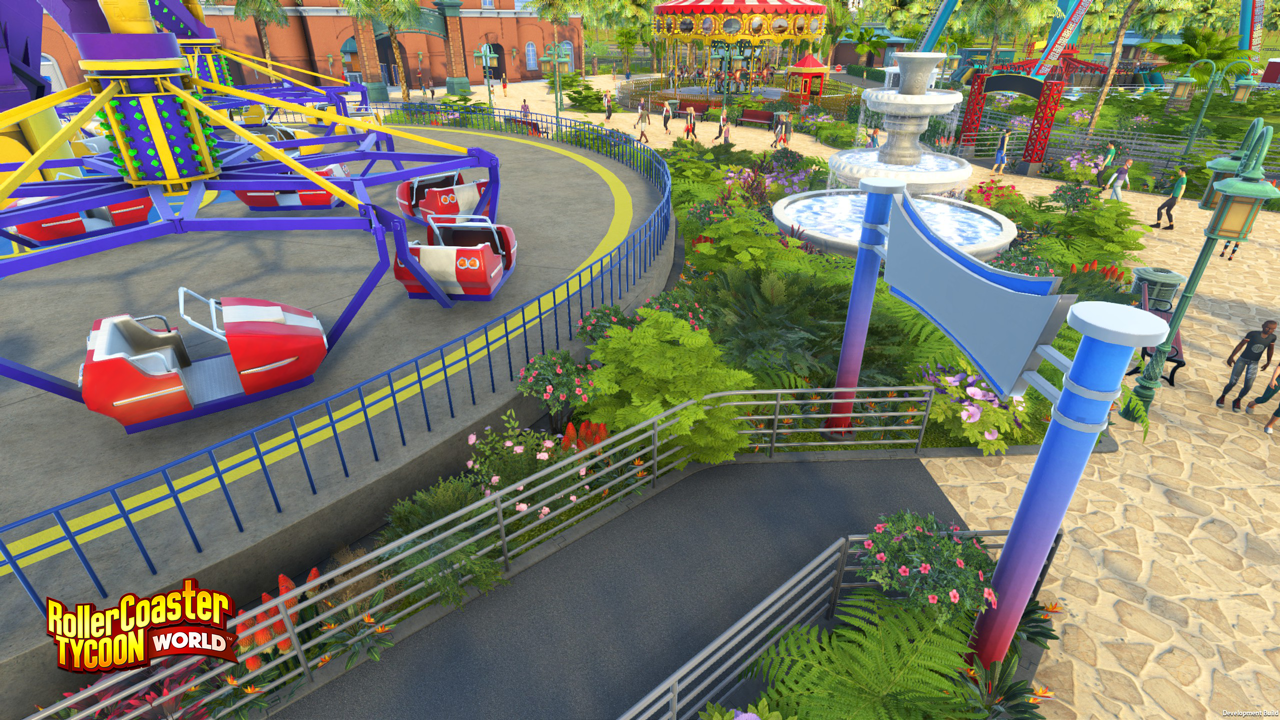 Though World will see DLC, Nvizzio is in no way preventing users from creating their own content. In fact, RollerCoaster Tycoon World is going to be very pro-user with deep social and sharing features. Players will be able to create their own items, scenery, and people in any 3D editing program that supports Unity. Native Steam Workshop support is built into the game allowing all user-generated content to be easily and seamlessly shared from within World.

Player’s will be able to interact with their friends easily in-game. You’ll be able to see what your Steam and Social friends have done to their park and the last time they edited it. Checking out a friend’s park is just a simple click away, and you can even leave suggestions on what they should do next. This is going to be quite the user-oriented game.

Rollercoaster Tycoon World was built using the Unity 5 engine. The game looks good utilizing a distinct and attractive art style. There were a few graphical issues with our demo, such as some animations not working properly and some models assuming the T-pose. World also crashed about three times during the demo. Seeing as the game is still in development, it’s expected many of these problems to be smoothed out ahead of launch. 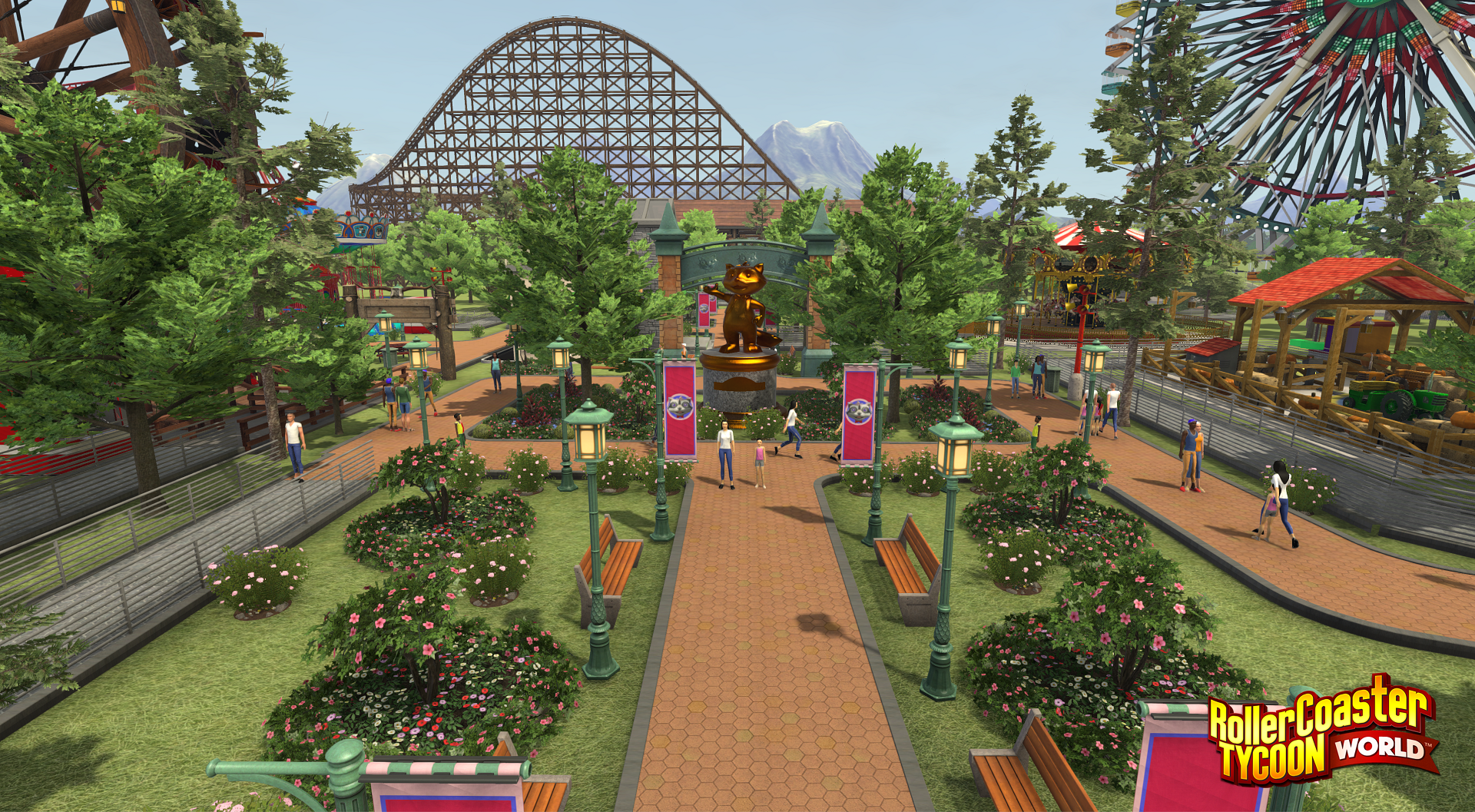 Those wanting to try RollerCoaster Tycoon World sooner rather than later will get their chance on March 30. The game hits Early Access that day on PC. At this time, the game will support multiple game modes, the 3D track editor, all the management tools and all user-generated content abilities. Atari and Nvizzio will incorporate additional features as the game heads toward a full release.

RollerCoaster Tycoon World is out sometime later this year on PC. The standard edition is priced at $49.99 with the deluxe edition coming it at $59.99.