The HTC Vive may be the official VR headset of Steam, but that doesn’t mean it has escaped controversy. Priced at $800, the Vive comes in $200 more than the Oculus Rift and a whopping $400 more than PlayStation VR. With a premium price, Vive needs to offer something that you can’t get with the other VR headsets. I went hands on with HTC Vive at GDC and found that the headset is actually quite enjoyable to use.

The HTC Vive was surprisingly comfortable, feeling light enough to wear I felt I could wear it for an extended period of time. Much like Sony, HTC is well known for developing excellent hardware and the Vive feels premium. Unlike Oculus Rift or PlayStation VR, Vive is specifically configured to allow 360-degree movement. Players can move around anywhere within a 15×15 foot perimeter. You will need the camera towers to accomplish this, but the fact players can actually move around is a big bonus.

What didn’t feel premium were the amount of wires. While price is a big issue with HTC Vive, wires could be just as big of an issue. For a headset that puts so much emphasis on 360-degree movement, the amount of wires coming out of its back is concerning. During my Star Wars demo, an operator had to consistently hold the wires up when I turned, just so I wouldn’t fall. There may be too much data for Vive to process wirelessly, but HTC and Steam need to come up with a proper solution. Both PSVR and Oculus have similar wires, but the lack of 360-degree movement on both means it’s not as big of an issue for either platform. 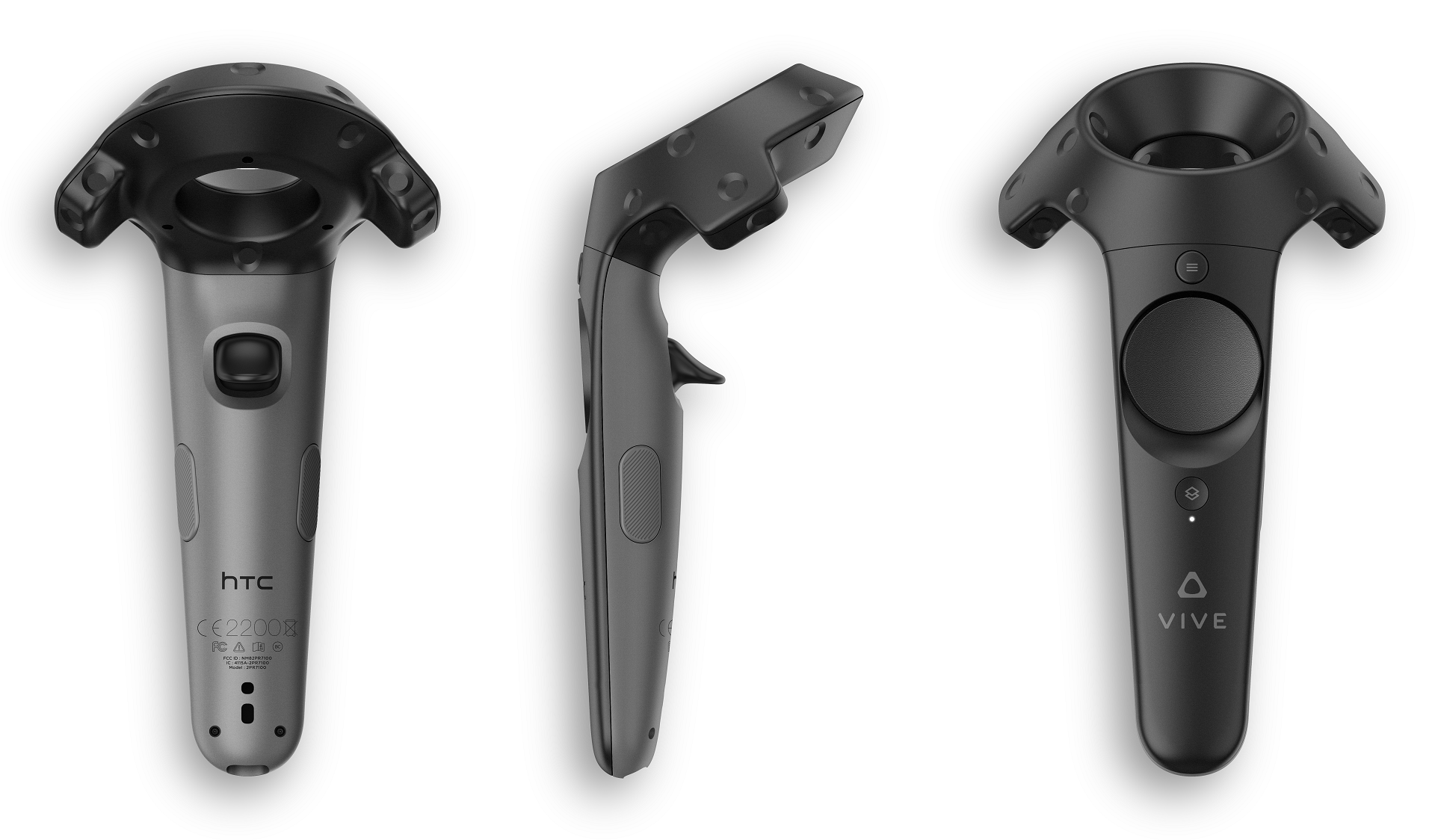 HTC is also working on their own motion controllers, Steam VR wands. When put in my hands, they instantly reminded me of PS Move. They’re both shaped similarly, though a giant circle replaces the Move’s ball at the top. The wand has one trigger, menu button, and a thumbpad similar to what’s included on the Steam Controller. It’s a good design that fits perfectly in most people’s hands.

I tested out one game and a tech demo during my time with HTC Vive, Elite Dangerous and Star Wars: Trials on Tatooine. Both games were running on maxed out PCs with Nvidia’s latest graphics cards. 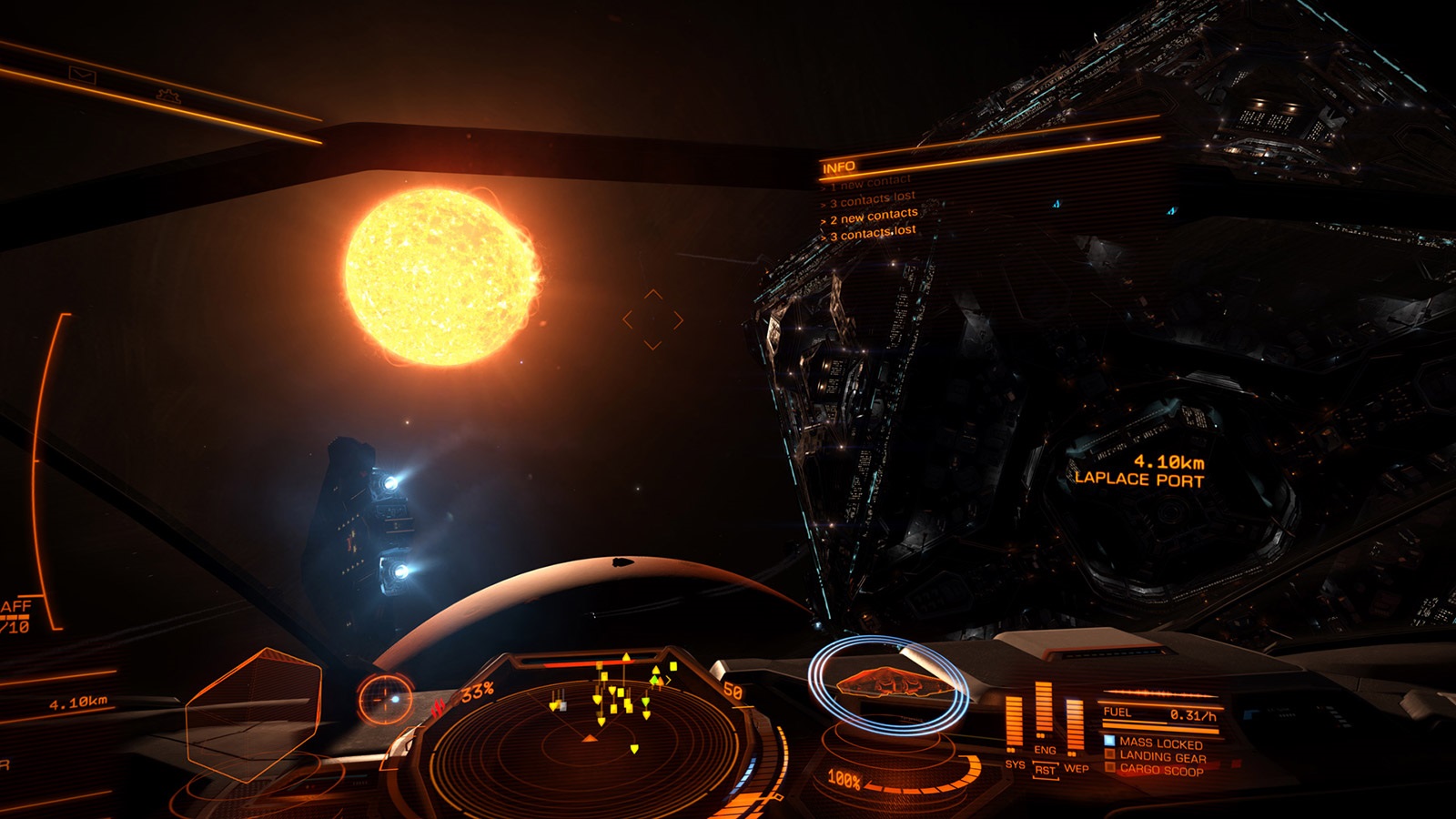 Frontier Developments’ space combat simulator is coming to HTC Vive, in addition to Oculus Rift. My experience with Elite Dangerous was far different than that of Star Wars. Frontier brought flight sticks to help simulate the idea that I was actually flying a spaceship. They did assure me that Elite Dangerous is playable on VR via mouse and keyboard and controllers, because it was very difficult to play with the flight sticks. I’d never used anything like it before, and the few minutes I had with the game were not enough to make me a pro.

This did nothing to take away from the impressive technical feat that is Elite Dangerous VR. Vive put my smack-dab in the cockpit of my ship. I could look 360-degrees and take in the entire cockpit, and everything was beautifully detailed. The world itself was magnificently detailed, and anyone with a PC that can max out all the settings are going to be really lucky. Elite Dangerous is going to be a really good looking game on VR.

Elite Dangerous will be a launch title for Oculus Rift and HTC Vive. A PlayStation 4 version is planned though players will have to wait for the Xbox One timed-exclusivity deal ends. A PSVR version is likely to follow. The game is playable now on PC and Xbox One. 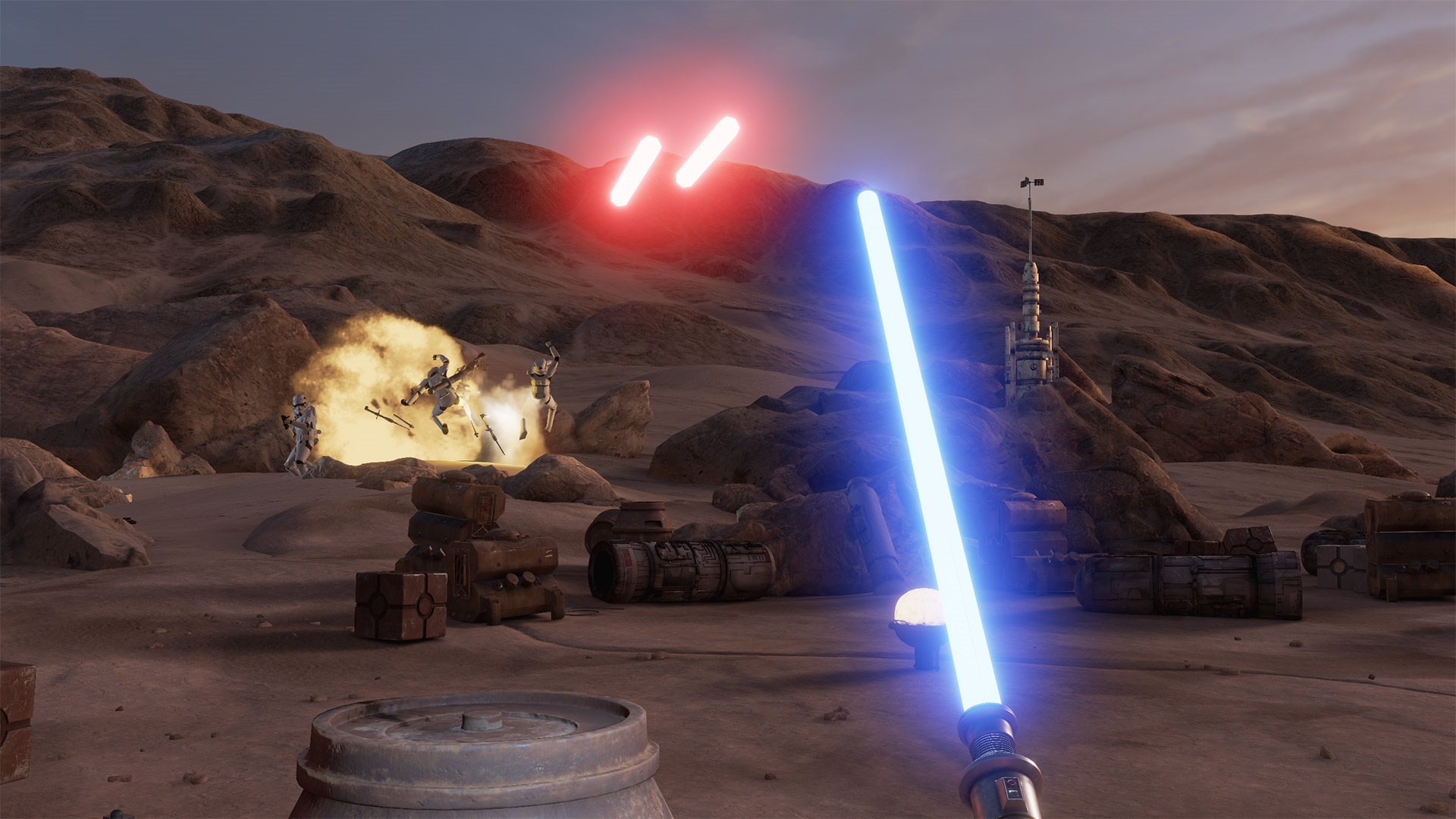 Trials of Tatooine is a tech demo developed by LucasFilm and Industrial Light & Magic to present what VR can do. In terms of story, you play as a Padawan sent to Tatooine for training. One day, Luke Skywalker sends Han Solo to you with a present, and this is where my demo began.

I began by waiting for Han to land the Millennium Falcon. I looked around, taking in my surroundings while Han landed. Shortly after landing, Han dropped off R2-D2. Unfortunately, he was followed by Imperial Tie Fighters, which Chewie was able to destroy them. It was too late though, an Imperial transport was closing in. I helped Han fix a part of the ship as the transport landed, and R2-D2 finally gave me my present.

Fans have been demanding it for years. We thought we were getting it with the Wii, and we didn’t. Then we thought we’d get it with the PS Move, and we didn’t. Well, with VR we finally get to wield a lightsaber. Taking the lightsaber from R2, I pressed the center trackpad on my Vive wand to ignite the saber in-game. Stormtroopers rushed out of the transport shooting at me. I deflected the shots, sending them back at the enemy. This lasted for a few minutes until Han got the Falcon working again. Sadly, I couldn’t participate in any melee combat.

The feeling was exhilarating and it’s easy see a game coming out of this. Speaking with a rep, they could not confirm if this would be developed into a proper game. It was awesome though and I would like to see EA and Disney actually make a proper title utilizing this technology.