Remember the isometric platformer? It was a genre with only one major issue, and that was the need to either rotate a digital pad 45 degrees, or try to remember that Up was actually Up-Left or Up-Right depending on personal preference. Neither solution was particularly user-friendly and even playing a game like Landstalker with Sega’s arcade stick was a chore. The genre had controller limitations that saw it slowly disappear, which was a shame because the world can always use more games like Solstice. Analog sticks solved the controller issue years ago but for some reason the genre has been almost completely dead and forgotten. Lumo comes equipped with a fully-functioning Genre Resurrection spell, though, and is ready and eager to journey through the dusty crypts of gaming to breathe new life into the isometric platformer.

A baby-faced wizard with a giant blue hat wanders a dungeon composed of a series of interconnected rooms, most of which are either deadly, puzzling, or both. The little guy may be defenseless but he’s also fairly nimble, plus it helps that he’s got an infinite life stock to make experimentation a relatively painless process. Spiked balls, steam jets, poisonous water (or maybe he’s to young to swim?) are all instant death, but the rooms are small enough that you can try several different ways to reach the goal without feeling like progress is being destroyed with each failure. That goal may be the door to the next challenge, a scroll or switch, or maybe even a rubber ducky bobbing on the water’s surface, but exploring different solutions is much more fun when death simply resets the room. 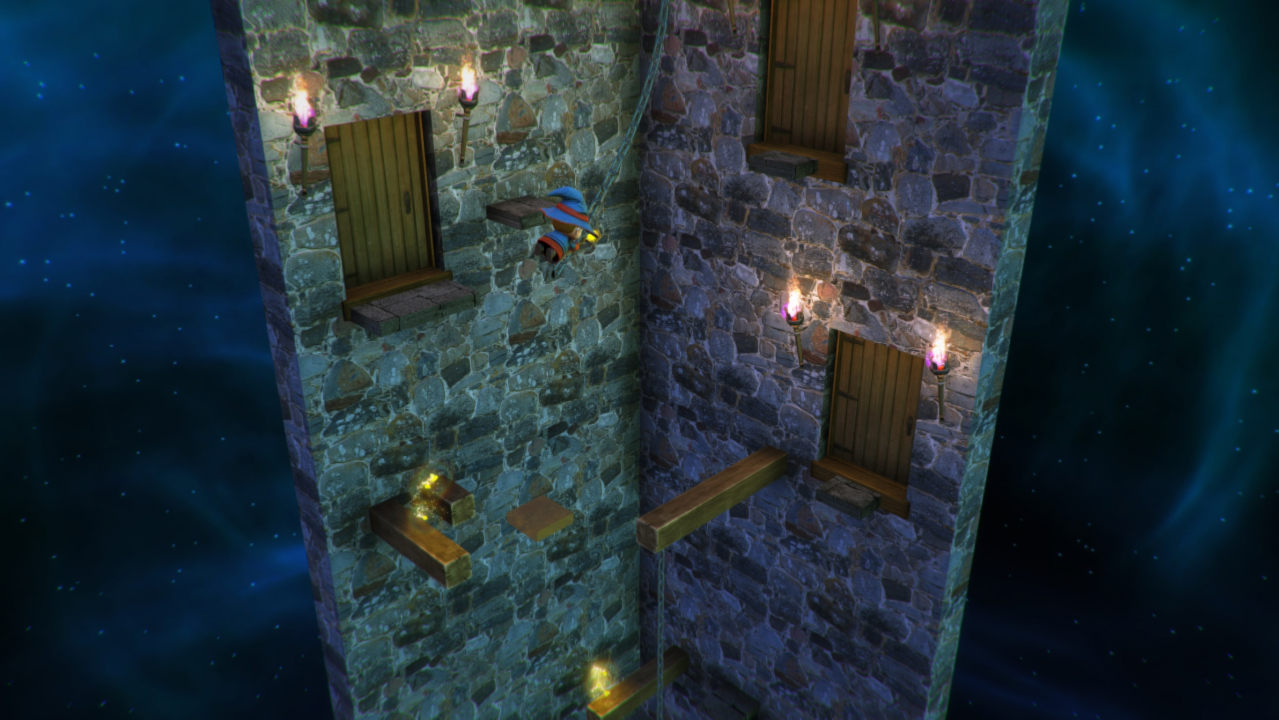 The playable demo I got to try for this preview is a wonderful little thing, a super-tasty snack sized bite of a much larger multi-course meal. The early section sees the wizard start off with no abilities whatsoever beyond a slight hop and a decent walking speed, but it doesn’t take long to find a jump with respectable height.  Once he’s got that he has all he needs to take on the dungeon’s challenges, although the level maps found along the way are pretty handy.  The maps don’t show the secrets, of course, or help collecting the rubber duckies, and for that matter they don’t even indicate which room you’re in.  It wouldn’t be a puzzle platformer if you had too much information, after all.

One of the most fun things about the isometric platformer was how puzzle-oriented they were.  Something in the perspective brought out the Sneaky in designers, and Lumo is no different.  The first time I beat the demo I collected one rubber ducky and one tape, both of which were basically freebies, and it took two more runs through to figure out how to get everything.  Both of the collectibles had their own techniques to use in solving how to collect them, with the tapes needing an eye for the hidden and the ducks requiring figuring out a mechanic specific to their collection.  The knowledge that every one of Lumo’s 400+ rooms might have a secret in it makes even the ones that seem to only connect two points on the map together worth exploring. 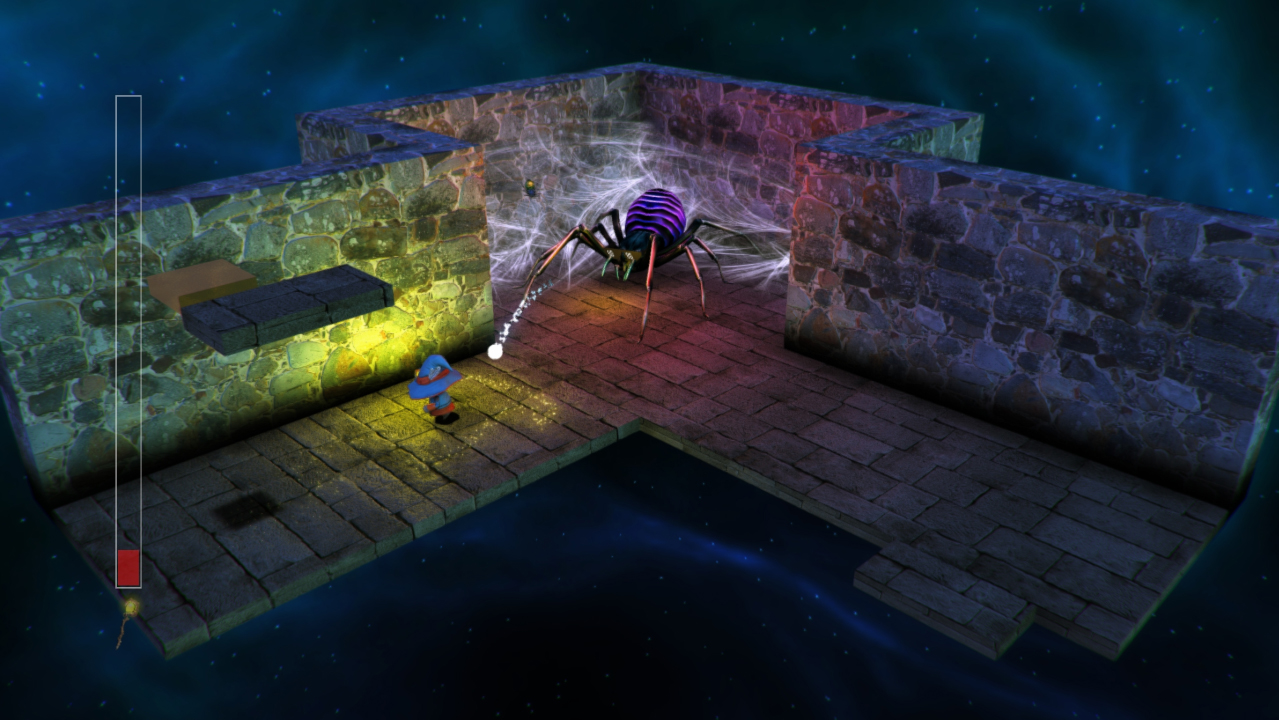 Most rooms, however, have a challenge or two to get past, and while the basics from one to another are fairly standard there are also plenty of variations that never let the player settle down into an idea of Normal.  Spinning boxes shooting fire from each side situated in the middle of a room are standard fare, as are platforms jutting in and out of the wall, but why is there an elevator with a truly (and intentionally) crap-tastic lite-rock love song playing while it takes you to a room with deadly toasters patrolled by a robot?  It’s actually a reference to the old isometric game Chimera, which I have to admit I’d never have known if it wasn’t for the game’s poster being near the elevator, and the room even contains the wrench from Chimera as an item to be used elsewhere in the dungeon.  Lumo is going to be littered with nods to gaming history both obvious and significantly less so, and even if you don’t get them all they’ll be a pleasantly unexpected bit of weirdness.

Sadly, the demo was only a small piece of a much larger game, but it was more than enough to put Lumo at the top of 2016’s Most Wanted list.  The movement feels good, the puzzles are simple (as expected for the very start of the game) but varied and the jumping is nicely responsive.  The young wizard may not be packing anything in the way of fireball-slinging power, but he’s an agile little guy with a ton of secrets to find, including mini-games that play nothing like the main adventure.  The world itself feels incredibly solid and if the individual rooms are small, they’re polished to a shine and look fantastic.  While technically Lumo can be viewed as a throwback to a lost genre, it’s actually a love letter to the past that plays as if the genre had never died off in the first place.