I first got to play “The Climb” back at E3 2015 when it was known as Back to Dinosaur Island 2. At the time, it was merely a tech demo for the upcoming Robinson: The Journey. At GDC 2016, I experienced The Climb as its own standalone title. Crytek has taken the concept and expanded it into its own VR game. The almost final product is a far cry from the, mostly, on-rails gameplay of the original tech demo. In The Climb, it’s you versus the mountain.

The concept for The Climb came about during one of Crytek’s prototyping phases. The team was very excited about VR, and had a goal to make something entirely unique for the platform. Climbing became integral after a few team members, who happen to be climbers themselves, began experimenting with scale and verticality. The whole team found the concept fun and realized they had something special.

Special is what I’d describe The Climb. Sliding on the Oculus Rift, I was immediately thrown into the game’s lush, and beautiful world. As soon as a developer placed the Xbox One controller in my hand, I was off. The controls were simple enough to understand. RT and LT control the corresponding hands. Pushing them down allows you to grip, and releasing the trigger releases the grip. RB and LB allows players to apply more chalk, decreasing stamina depletion. A allows players to jump. Simple and straightforward, yet there’s quite a bit of depth. 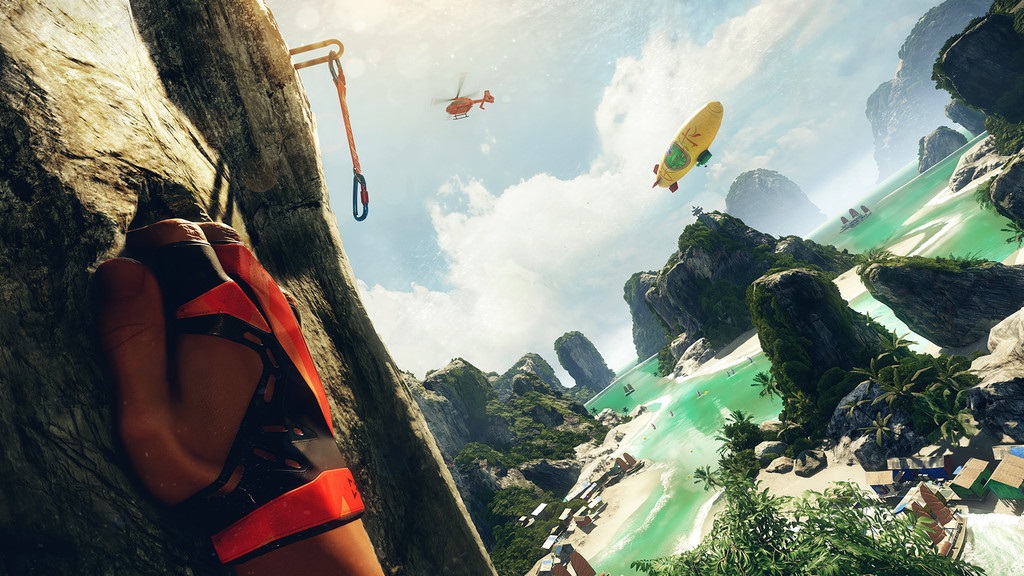 Camera control is handled through head movement. You’ll need to twist and turn to find the next grip. There’s also the chance you’ll need to lean to the side to get close enough to a grip that appears just out of reach. Then there’s stamina. Your character can only hold on for so long before they need to let go. There will be times where players will need to make a split-second decision.

P.O.L.L.E.N filled me with suspense, Elite Dangerous transported me to space, and Star Wars made me feel like a Jedi, but none of them made me feel a sense of dread like The Climb. Whether or not I was going to successfully get to the next holding made me feel that dread though this shouldn’t be considered bad thing. In fact it was a good and pretty exhilarating experience, one that really caused my adrenaline to pump.

After my demo, I got to sit down with a developer to talk more about the game. According to him, Crytek has been working hard to ensure that all players can enjoy The Climb without getting motion sick. Oculus requires all games to at least run at 90 frames-per-second, a threshold The Climb easily passes. Crytek is positive that players will be able to play The Climb well past an hour in a single playthrough. 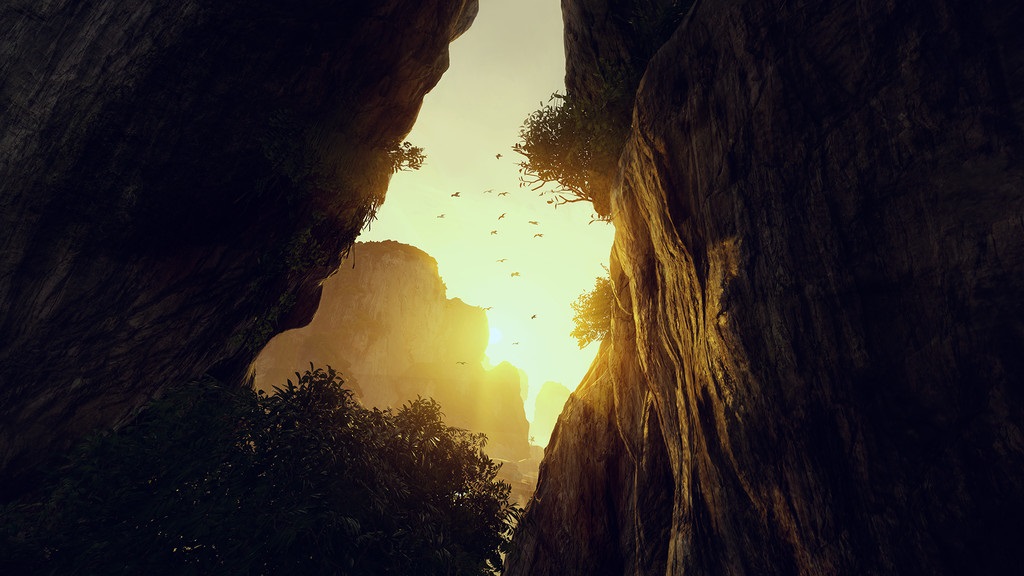 Crytek is also making sure the game is packed with content. They did concede that a single playthrough equates to about five hours of gameplay, but that players will want to go through the game more than just once. There are three maps based on real-world locations. Two of these are Ha Long Bay, Vietnam and the German-Austrian Alps. Crytek could not reveal the third location at this time. Though all locations are based on real-world locales, Crytek opted to create fictionalized versions of them. The goal was to create a gameplay experience that felt fun and accessible. This amounted to Crytek developing their own climbing paths and including multiple routes.

There is no wrong way to climb, and players can make the game easy or as hard as they want. Different times of day correspond to difficulty. Morning climbs are easy, afternoons are medium, and nights are hard. As you choose higher difficulties, Crytek will throw more challenges your way. Crumbling, drity (you’ll need to clean them first), and poisoned grips all aim to make your climb more difficult. At night, all you’ll have is a headlamp for lighting. Perhaps it’s a good thing there aren’t any wild animals or dynamic weather to further impede your path. I do have to say that getting to the top of the mountain is an amazingly satisfying experience. 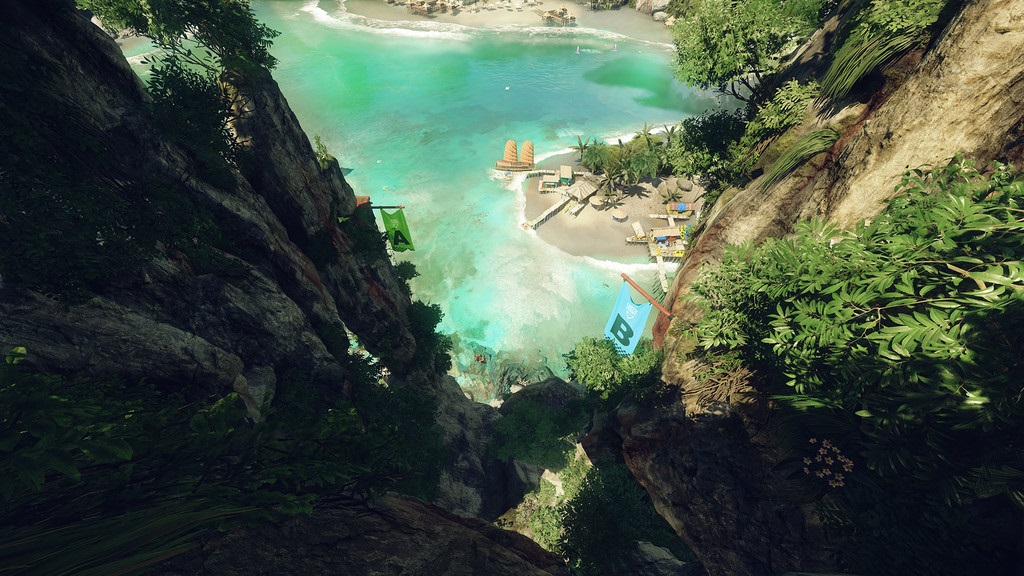 I said it at E3 2015 and I’ll say it again, The Climb is a stunning looking game. There are pretty VR games and then there are Crytek VR games. The graphical fidelity is top-notch, giving players amazingly realistic terrain to climb. The developers give all credit to the CryEngine and the amazing team of artists. The Climb is a stunner and a true showcase for what the CryEngine can do with VR.

The Climb is a timed-exclusive for the Oculus Rift. Platforms like the HTC Vive and PlayStation VR are possible in the future; Crytek is excited about all VR headsets and would like everyone to enjoy their game. The team also has plans to implement Oculus Touch support. The Climb is scheduled for release sometime in April.