Like many fans of the popular Street Fighter franchise, I took part in what is quite likely the highest grossing public beta testing in the history of video games.  The event I am referring to was on February 16, which was more commonly referred to as the release date for Street Fighter V.  As I fired up the PS4 and began playing the early build of this game, I have to admit I was impressed.  The initial roster consisted of sixteen fighters, which was a good mix of returning favorites as well as some new challengers.  Each character has their own unique fighting style, but they were all accessible enough right away and felt like there was a good balance among everyone.

Fighting game staples such as an arcade mode were conspicuously absent, and the story mode consisted of two or three one round matches for each character which felt like an introductory chapter and not a complete story.  Place holders were on the menu screen for challenges and a store that were released at the end of March, so early on Capcom gave away some information about some of the future updates.  After spending a lot of time playing in online matches, story mode, and the survival modes I thought that based on what Capcom has delivered so far, the 14th installment of the main Street Fighter series has a lot of potential to be a stellar game once it is completed.  After being on the market for six weeks, the first major update has been released.  The initial impression of the first update has been less than stellar, though not terrible. 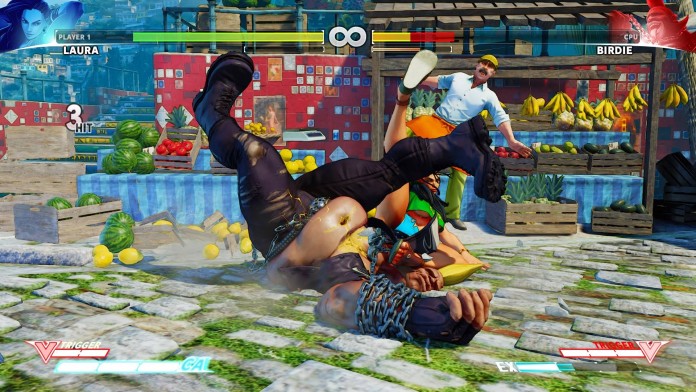 The challenge mode has been added, which is really a training ground that would have been more useful for us  early adapters on the release date.  Each character has different challenges which involve performing specific combo on a dummy character.  There are tutorial videos on various techniques including a video that showcases each fighter’s specific style.  These are useful learning tools, and also an easy way to earn some extra in game currency (FM) to spend on additional content.

The shop has opened, though at the current time the use of real money purchase the premium currency known as Zenny has been postponed to some time TBA.  This is where you can spend Zenny or FM earned from successfully playing the game on new outfits and new characters.  This feature is actually one of the more impressive features of Street Fighter V.  Back in the Paleozoic era, I cut my teeth on the various incarnations of Street Fighter II.  It was a nearly annual tradition when I pestered my parents to shell out another $69.99 (approximately $417.82 adjusted for inflation) to play an updated version of Street Fighter II on the SNES with new characters or faster speed.  As I grew older and stingier, the idea of having to buy a new game every year to have the most up to date version became much less appealing due to the fact I had reached age of employment and knew what horrible deeds must be committed to accrue a sufficient amount of disposable income to blow on video games. 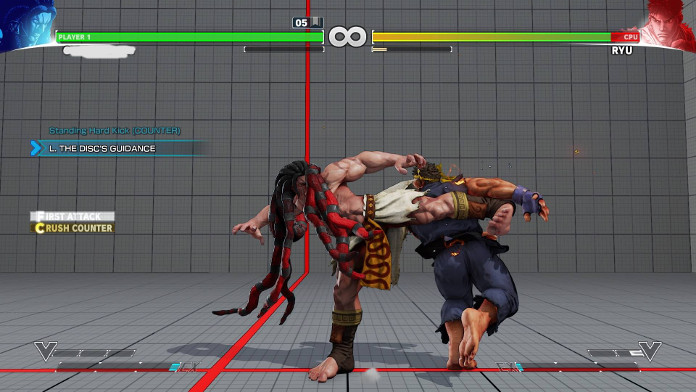 Upon learning that instead of there being a new Super Duper Street Fighter V Turbo Champion Really Cool This Time Edition there would simply be new characters that could be purchased with play money that is earned by playing the game I was ecstatic.  I felt that Capcom was atoning for the sins of the past, and instead of punishing early supporters of the game with planned obsolescence, they were rewarding us by making the updates to the game available for free.  I thought this is too good to be true.  And of course, if something sounds too good to be true, it usually isn’t true.  In this case, I would say it is a half truth.  It is theoretically possible to keep your fighters up to date with the latest fashion trends and keep the player roster complete without spending any real money.  The catch is you need to play the game a lot, and you need to be good at it.

The current season pass that includes six characters that will be released in staggered intervals will set you back $29.99.  If you wish to purchase a character with the fighter cash that is earned in game, each fighter will set you back 100,000.  To put that number in perspective, I have completed story mode with every character, survival on easy with every character and medium with one character.  I have completed the tutorial and fought in many online ranked matches and even won a few of them.  My fighter cash balance is currently around 265,000.  The payout for winning a ranked match is next to nothing, and the payout for losing one is even less.  Currency earned for completing story mode can only be earned once per character, and the same rules apply for survival.  You earn more currency and experience for the higher difficulty levels in survival but only once per character per level.  The four levels in survival vary in number of fights, which are ten, 30, 50, and 100.  Except for the easy level, difficulty skyrockets in the final two or three battles, and if you lose you receive nothing.  If you master the game and can beat extreme difficulty with your eyes closed and thumbs chopped off, you cannot increase your fight cash account by just replaying survival modes repeatedly.  Thankfully, the Challenge mode included in this update grants the opportunity to earn more FM. 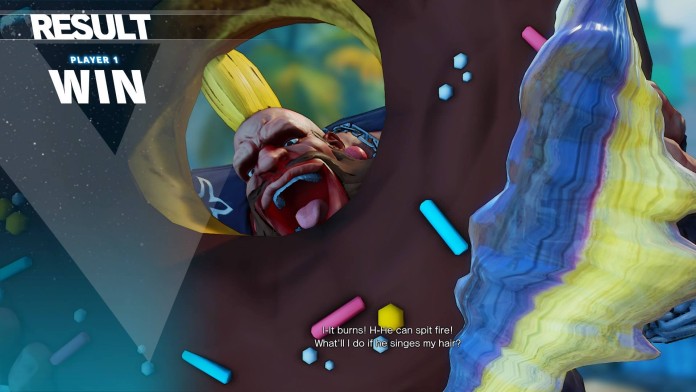 So out of the six scheduled fighters, without greatly increasing my skill I can purchase two of them without having to tap into using real money.  Not all of the characters I necessarily want and purchasing the extra outfits is something that I personally could not care less about if I tried.  So the claim that all roster updates can be obtained without having to spend real money is somewhat misleading because not everyone is going to have the skill, time or patience to slog through 50 and 100 battle survival matches to rank up enough play money, but I will give credit to Capcom that this is a step in the right direction.  There is still no arcade mode, and while this may be a pipe dream the story mode is still lacking.  It is nice to see this game receiving the content updates on a schedule instead of waiting a year to get a handful of new characters at once but despite there being a great game in Street Fighter V’s code it does not quite feel like a complete game.  It should not go without saying, however, that Capcom is trying to do right by their supporters by allowing everyone a free trial of the new character Alex as well as giving them free story mode costumes for Chun Li and Ryu.

Street Fighter V, while great in many areas, felt like an incomplete game at its release.  This update does not negate that, but it does show Capcom is taking steps to flesh out the game and showing gratitude to early consumers of this game when they really are not required to throw us any freebies.  The first update shows promise for the game’s continued evolution, so hopefully future updates will include new game modes or expansions to the existing ones as well as the additional characters and costumes.