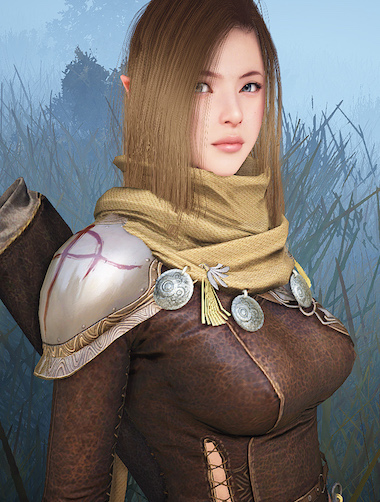 Black Desert Online is a complicated game. On a scale of playground tag to American football, Black Desert is approximately the Quidditch World Cup. It’s a massively multiplayer role-playing sandbox and if you’ve never played one before it’s going to be hard to fully convey the experience you’ll have. Needless to say, it’s powerful. The freedom you’re gifted is simultaneously exciting and intimidating compared to other games in the genre and elsewhere. The amount of information you’ll need to acquire before feeling any semblance of control is staggering. If you are able to stick it out and climb that hurdle, you will be rewarded. Certainly not everyone will have the endurance and that’s OK. Black Desert Online isn’t for everyone, but it is very much for some people.

As you can see from the screenshots or virtually any gameplay video, Black Desert Online is quite the technological masterpiece. We have never seen an MMO this visually stunning. Besides the texture pop-in, the world is vibrant and teeming with life. Stepping into a city is a distinct atmospheric change from that of the wilds or forest trails. Characters are expertly placed and distributed throughout the taverns, inns, shops, etc. It’s a testament to the game’s beauty when taking a shortcut through one of the city’s alleyways treats you with kids playing or mothers ringing out laundry.

For all the eye candy Black Desert Online has to offer, it falls short on visual progression for your avatar and many players in the game end up looking similar. There’s a couple reasons for this. Firstly, classes are gender and race locked. For example, if you want to play the Berserker class, you’re going to have to be a male Giant. If you want to be a Ranger, you’re going to have be a female Human. This is unacceptable for any game let alone one that features a create-a-character as robust as Black Desert’s. Secondly, you won’t see your character’s armor change much as you level up and acquire new items. Some items will affect your appearance, but there’s no rhyme or reason as to what does and what doesn’t. 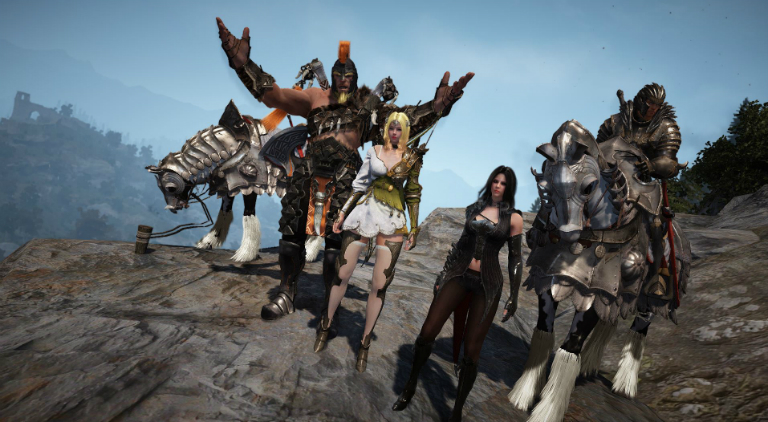 The only assured way to drastically change your characters armor is to purchase sets from the cash shop. This isn’t a new way for developers to make money and fund new content for the future, but Black Desert Online is buy-to-play title so it’s disappointing that your attire isn’t a main focus in that purchase. It’s also embarrassing that the only way to unlock a gimped version of area looting is to buy a pet from the cash shop. You’ll be killing large groups of enemies throughout your travels and it’s more than annoying to have to individually click each body and select loot. MMORPGs are past that and there’s no way that this is simply an oversight by the developers.

The game opens up with a cinematic full of fantasy vocab and whisperings of a dark power causing people to disappear. Instead of solidifying the current happenings it attempts to foreshadow the future by speaking on the past. This is indicative of how you’ll experience the story throughout the rest of Black Desert Online. You’re bombarded with name after name and it’s impossible to determine where your focus should be. The story never takes ahold of you and often feels out of reach even when given the chance to double back on text. Luckily, massively multiplayer games don’t necessarily need a great story to be engaging, but a poorly constructed one doesn’t help.

You’re accompanied by a sentient black smoke cloud that feeds you simple progression quests. It’s yet another source of plot but this one is perhaps the most perplexing. The sidekick-like character is only visible by you and is seemingly obsessed with acquiring more power. It’s not clear whether this character’s dialogue features developer Pearl Abyss’s unique charm or if the localization is weak, but judging from conversations had with other NPCs, it’s probably a little more of the latter. 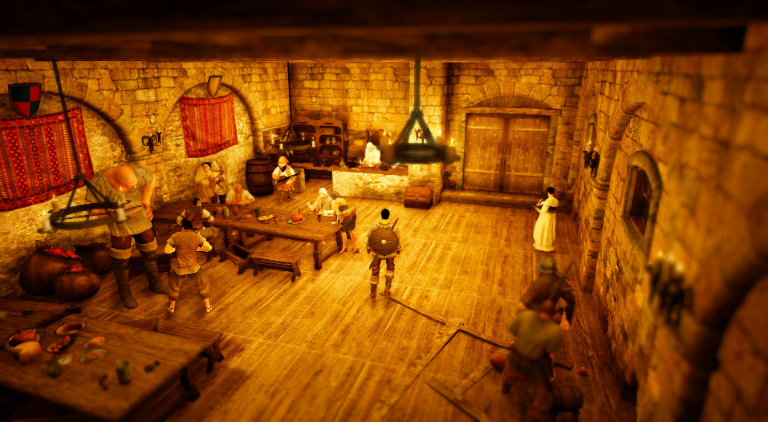 NPCs in Black Desert Online will be essential to your progression. You’ll approach them to receive quests, trade goods and garner knowledge. Knowledge is Black Desert’s way of determining what your character knows and is the key component to unlocking new dialogue trees with NPCs. You gain knowledge by meeting new NPCs, slaying beasts and discovering new locales. At first glance this system called Enmity is fresh and has potential to make the world feel truly lived in. Sadly Pearl Abyss doesn’t quite hit the mark on this one and it all feels very gamey. Instead of immersing you it feels like you’re being rewarded for collecting undefined words and unidentifiable names.

Underlying the Enmity system in Black Desert Online is a finite resource called Energy. It’s also used to engage in other various tasks outside of social interactions with NPCs and it regenerates by being logged into the game. You’ll consume a set amount when you attempt to spark a conversation with a character which is done by having Knowledge on the topics they’re interested in. It’d be nice if Black Desert Online simply allowed you to squeeze new quests and information out of NPCs just by meeting them on their areas of expertise, but instead you’ll find yourself playing a poor minigame that closer resembles a free-to-play mobile travesty than a conversation. 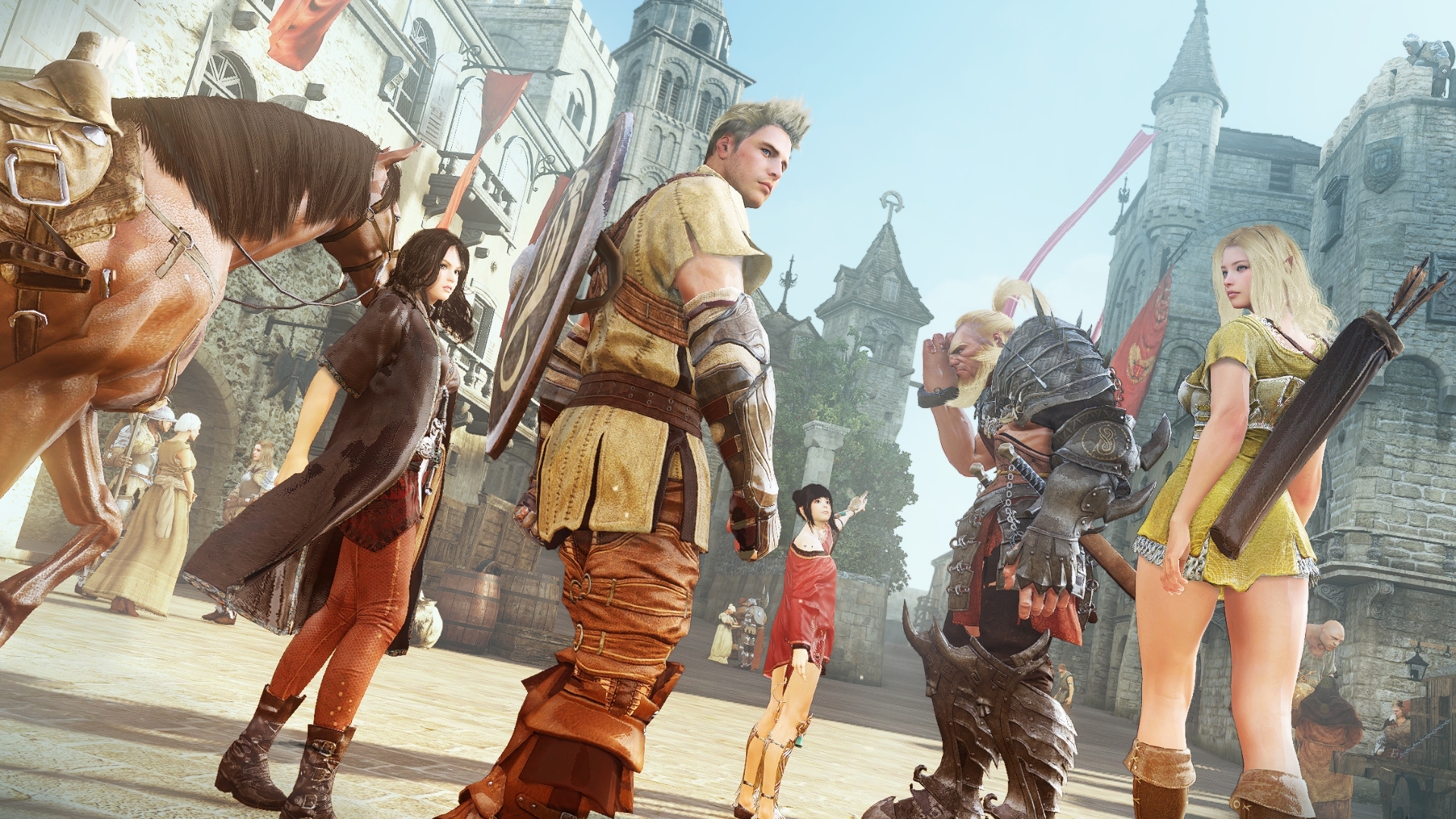 The conversation minigame isn’t explained well enough to grasp it, which again is par for the course when it comes to this sandbox. There are many complicated systems at play in Black Desert Online, but none of them are explained in an agreeable fashion. If you have not played an MMO before, then this is not where you want to start. The system requirements should have included a dual-monitor setup for how much time you’ll spend alt-tabbing out to a YouTube channel where a community member details something the developers should have been responsible for. The closest thing you’ll find to tutorials in Black Desert Online are basically the equivalent of said YouTube videos that pop up and take you out of the world they so tirelessly built. They fly by fast and act as more of an introduction than a learning tool. Pearl Abyss owes much to fans of the game that have done the majority of this work for them.

If and when you get past the steep learning curve, you’ll start to see some interesting mechanics at play. The battle system is action oriented and requires precision that rewards someone who’s truly spent time mastering it’s nuances. It’s fun to pull back on an incoming attack and counter an enemy into the air. The day and night system is more than just immersion as it affects the mob ratio and the experience you’ll gain. The crafting system intertwines with every major system in the game. It’s a lot to take in, but the world they’ve built is fascinating.

The most interesting system in Black Desert Online is Node Management. Unsurprisingly, it’s also the most difficult to understand thanks in part to complexity and a few bugs. Basically Node Management is a resource simulator inside the game where you connect trade routes on the map and hire workers to harvest for you. You’ll have to visit an individual node and its connecting node on the world map before you can begin harvesting from it. The workers you hire are randomly generated and each one has unique perks as well as their own leveling system. It’s similar to how staff management works in Metal Gear Solid V: The Phantom Pain if you have that as a reference. Whenever you assign workers to an area you’ll also need to use contribution points which is yet another currency in Black Desert Online. Node Management encourages you to explore all the regions of the world and allows you to gather materials in and out of the game. 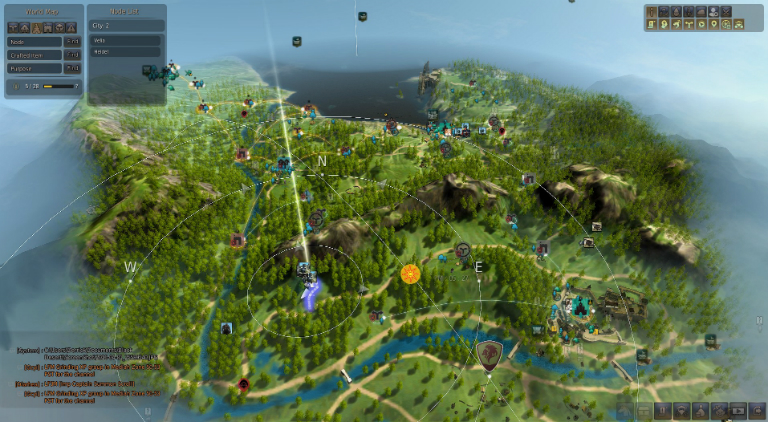 Black Desert Online is a beautiful game marred by inept tutorials and an impenetrable story. The gameplay is strong once you understand it, but that might not happen before your patience runs dry. Black Desert doesn’t have typical endgame raids like comparable titles, but instead offers its endgame systems near the beginning of your journey. It’s refreshing, but also hard to wrap your head around. At the end of the day, an MMORPG’s biggest strength lies in its longevity and the community that forms around it. These traits are something that a game simply can’t predict or create and Black Desert Online appears to have both despite its flaws.