There’s been a lot of talk about Obsidian’s newest IP Tyranny, a classic RPG game where your choices have much more of an impact on the game than you think.  The game has a twist over most modern RPG games; the fact that the battle versus good and evil has already taken place and evil has won.  Since evil has ready won, your choices can literally change the game as well as the landscape so that people will either fear you as an oppressor or praise you as a leader.  You are under the rule of Kyros the Overlord, and seeing as he is a very busy man, you and your team are tasked with interacting with the population to inspire certain emotions and judgments.  The game presents itself as a completely new world with lore and characters completely new to anything that Obsidian has ever created.  You have the option to follow many different paths that show off Tyranny’s new combat mechanics as well as the presentation that differs it from your average PC role-playing game. 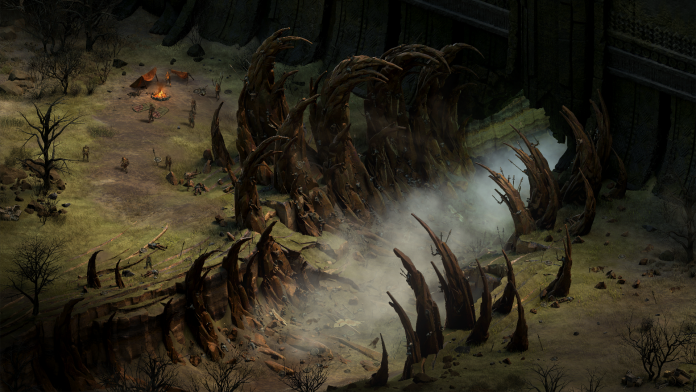 You are what’s only known as a ‘Fatebinder’, a kind of Judge Dredd that judges and executes either loyalty or cruelty to the people of the Tiers.  Since you technically have the forces of Kyros the Overlord and his armies behind you, your word is basically law, regardless of what you say.  Every decision you make has some kind of impact on the world around you, meaning that places could literally be torn apart because of something you had mentioned before.

In the demo that was shown at GDC, Obsidian started viewers off at Halfgate, (or maybe it was Plainsgate), where two different save files were shown.  One where a decision based on character creation allowed for the inhabitants of Plainsgate to live happily and well and another where a decision based on the same character creation forced a huge chasm to break apart Plainsgate.  With the latter decision, some of the NPCs had been removed as well as much of the town because of a simple change that was made during the character customization process. 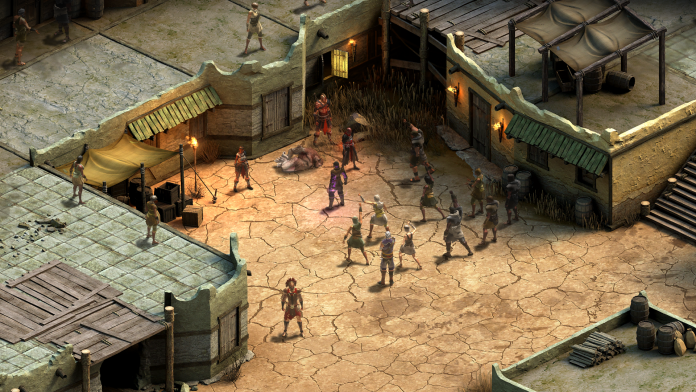 Keeping a reputation doesn’t mean anything in this game.  In some cases, upsetting someone could actually help you more in the long run rather than being their friend.  Considering that Obsidian said that the game would run for about twenty some odd hours, the likelihood of replaying the game is actually high.  So, if you happen to regret one of your decisions, you have the option to go back and delve into the game and find out the answers to all of your ‘what if’ questions.  Obsidian is dealing with a whole lot of experimental concepts that will keep players returning for more; making it so that players aren’t constrained by the notion of following certain arc or making the game look a certain way regardless of what you do.  They want the player to be in control and by the looks of it, they’ve delivered.