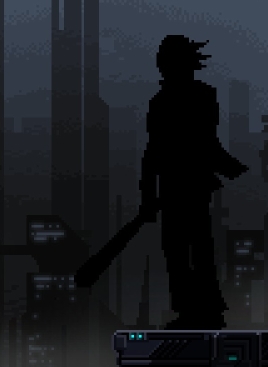 Until I Have You

Between its retro aesthetics, emphasis on fast-paced violence, and difficulty that causes you to die over and over again, all of the initial impressions when it comes to Until I Have You say that the other indie game that it draws comparison to is Hotline Miami. But while playing it, my mind went to another recent indie game instead: Lost in Harmony, of all things. Both games have incredible visual styles, superb music, simple yet great gameplay ideas and captivating narratives with a focus on tragic relationships, all of which ends up sucking you in. After that, though, you sadly discover that both games drop the ball quite a bit in when it comes to the execution. And in the case of Until I Have You, that results in a beautiful yet frustrating action-platformer.

Until I Have You is the tale of The Artist (no relation to ’90s-era Prince), a professional assassin ready to retire from the world of killing until the kidnapping of his girlfriend requires him to strike back. And so having donned an exoskeleton suit, out hero sets out to massacre his way through a gang of colorful targets in order to get her back, all while the suit gradually takes its toil on him and drains his sanity with further use.

Needless to say, the story is one of Until I Have You’s strong points. As things pass, we gradually get more insight into the relationship between The Artist and his girlfriend, only to discover that it may be fundamentally flawed due to his lack of attention. Unlockable video clips also do a good job performing a bit of world-building as you advance, and cast of killers you face off against are a colorful bunch, a dozen bosses each with their own unique looks and personalities.

The graphics and music are also unsurprisingly really good, perfectly nailing a classic cyberpunk feel, but also managing to keep each new level feeling different, from subways where you run across speeding trains to corporate offices with bloodied religious altars. There are a few cutscenes where the art didn’t seem to be up to snuff, and felt a bit off compared to the usual style, but as a whole it’s all impressive nonetheless. The music is a great medley of synth-driven pieces that perfectly fit the atmosphere and get you pumped up for some old-school high-octane action. 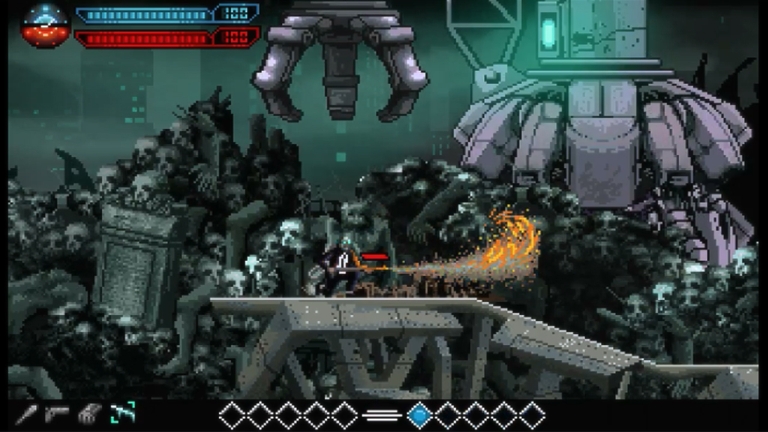 Unfortunately, said action tends to backfire a bit. Each stage in Until I Have You is meant to be quick and only a few minutes long, where you mostly just advance from left to right until you reach the end, with the catch that the challenge has been ramped up and requires you to master your skills in order to get past it. The problem is that more often than not, fake difficulty is in effect instead. It doesn’t bode well that there are several instances where you can die in the first second or two of a stage because you didn’t happen to possess clairvoyance.

Indeed, the level layout can get a bit sloppy at times, relying to much on leaps of faith, enemies whose gunfire you can’t escape if they detect you, awkwardly-sized hitboxes, platforms about the size of your body that you have to make running jumps onto, and trial-and-error gameplay in general. It also doesn’t help that one hit instantly kills The Artist (no, I don’t know why the guy with the uber-powerful exoskeleton goes down in one blow while average security guards need three bullets), so if you haven’t prepared yourself for every possible cheap trick, it’s back to the beginning for you. 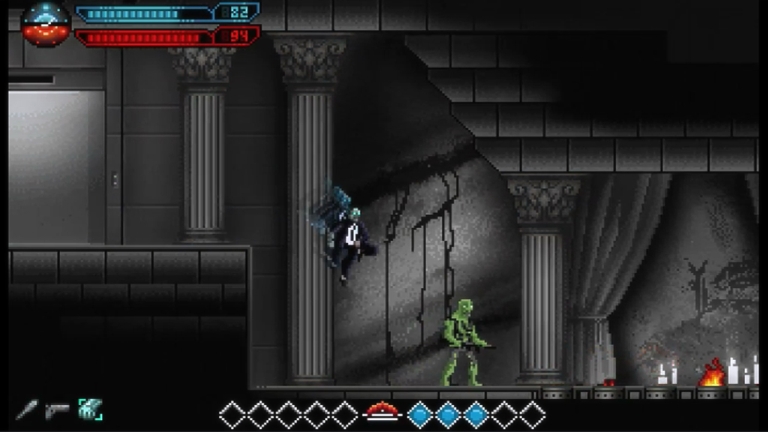 The Artist also gets a wide variety of weapons and abilities at his disposal along the way, including a slow-motion mechanic that drains his sanity even further and causes hallucinations…which would all mean more if I ever found myself reliant on any of them during the main levels, only needing them for mandatory bits and certain bosses. The game encourages you to play through each stage in several different ways, but this just means that in order to accommodate several different playstyles, it’s possible to fully ignore certain tools. For the most part, all I needed was the dash ability and a gun. This also sadly creates a feeling of inconsistency across the game. See, when Until I Have You is firing on all cylinders, it can create a fun, bloody, action-packed platformer with a decent level of challenge, and some amazing boss battles. But it’s a comedown to go from any of those moments to jumping sections with the tiniest of platforms, levels packed with enemies where you can reach the end simply by sprinting and constantly jumping, or a tedious slog of a boss that’s basically a giant bullet sponge.

Oh, and one final felony misdemeanor: While you can customize the controls in the Options menu, initially having “B” as the jump button and “A” as the attack button for controllers? Seriously? Who actually does it backwards like that? 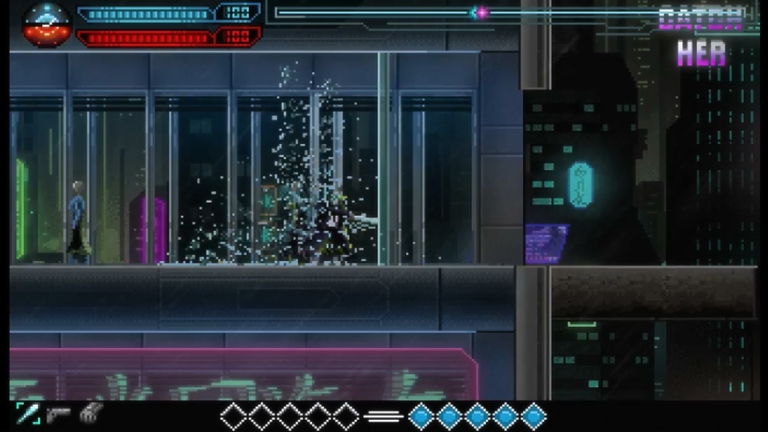 While Until I Have You has some bright spots when it comes to presentation, story and a few bits of gameplay, the rest contains a cavalcade of cheap deaths and notable spikes and drops in its various areas of challenge that would be enough to turn off more than a few gamers. There’s still enough interesting material here that may be enough to entice you to pick up the game during a Steam Sale or such, or even enough to recommend just for extremely hardcore challenge seekers, but for the most part, the neon lights of this cyberpunk landscape are a wee bit too dim.