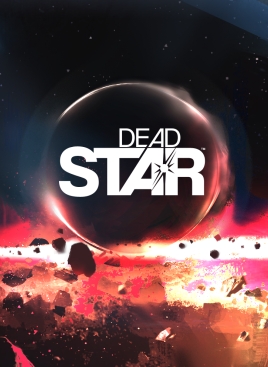 It kind of goes without saying that it takes quite a bit to stand out among the massive crowd of multiplayer games these days, especially those that feature MOBA elements in some way or another. But not only is Dead Star attempting to stand out with massive online matches and a mix of old-school arcade feelings and modern online gaming, but it also features a literal supernova at the center of its universe, as if to act as a gigantic symbol that this is a game not to be ignored. So is this a supernova worth glimpsing, or should you just turn away? Well, common sense actually says that you should not look at something as bright as a supernova, because that will obviously blind you and cause a ton of damage, so not paying attention is the saner…um…okay, let’s just ditch the metaphor and see if the game is good or not.

Dead Star is a hybrid of top-down arcade-style twin-stick shooters and MOBAs that takes place in a galactic prison known as The Wastes where the titular dead star at the center of it all is finally ready to go supernova, thus all the guards have decided to exit stage left and leave the remaining outlaws and scavengers to duke it out instead, watched over only by a single AI that just happens to control a giant laser. So now you have to team up with an additional ragtag batch of prisoners in order to gain control of as many outposts as you can to hack into the AI and create an opening in the border allowing you all to escape before the star goes kablooey.

All of this plays out on a randomized grid of hexagonal spaces, each containing an outpost. Each player controls one of nine ships (selecting a loadout of three to choose from each time they respawn), and sets out to either destroy the enemy’s home base by either gaining control of the outposts adjacent to it or gaining control of enough outposts to accumulate enough points to trigger the defense cannon. Of course, in order to keep your outposts from being invaded as well, you need to harvest ore from around the area to upgrade them, though one good enemy shot means they can grab all your ore as well. And this leads to the strategic center that makes the core gameplay of Dead Star quite fun. It helps that that said gameplay involves matches between teams of ten players, making for some nice chaos (you can also select teams of five, but ten is where the real enjoyment is). 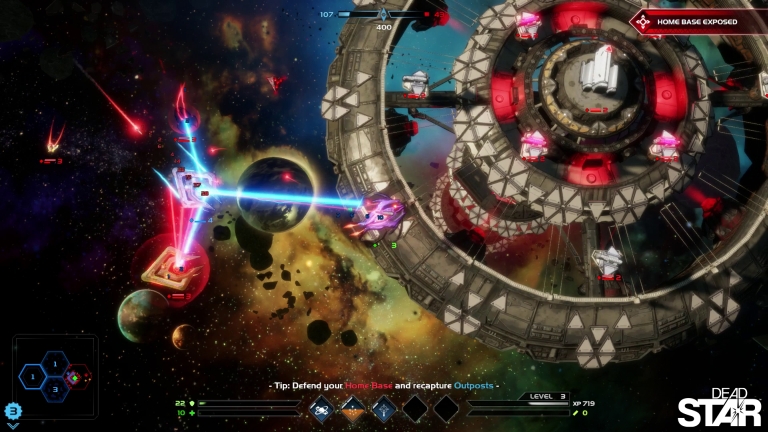 In addition to having to juggle taking over, defending, and upgrading outposts, you also have to manage which parts of your ship upgrade points earned along the way go towards. Plus after having earned various components and the end of each match, you get to augment your ships and boost their stats if possible, throwing some RPG elements into the mix as well. Each ship has its own set of weapons and special defenses, and range from the fragile speedster to the slow tank, and all are quite fun to experiment with. It helps that the controls are easy to learn and work perfectly, nailing down the classic arcade groove while implementing the more MOBA-esque bits quite well. Trying to find a good balance between what works for you and what’s best for the team is the key to victory here, and figuring it it out makes for quite the enjoyable game.

The aesthetics are quite simple as well, but still a delight. The colorful, detailed backgrounds are a treat, along with the various space junk making up the scenery and obstacles, and each ship has its own unique flair. The music is also terrifically techno-tinged as well, appropriate for space combat such as this. It’s almost enough to distract you from that fact that for all of its gameplay based around various strategic elements, there’s something oddly shallow about Dead Star. 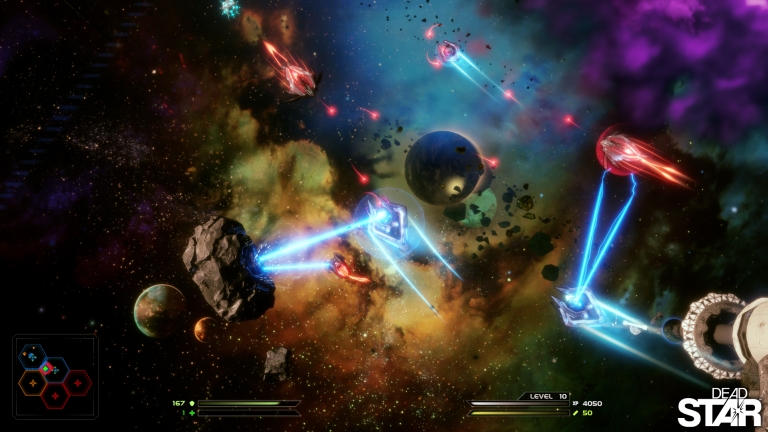 Part of that may have to do with the map selection. While there are several areas that have their own unique quirks and hazards, being limited to about seven or eight outposts per map means that there’s only so many unique layouts you can go though before things start to feel samey. Hopefully bigger and more creative maps will come soon in the future, along with better ways of balancing out the teams, because it is still way to easy for more experienced players with tricked-out ships, higher levels, and more experience to show up on an enemy team. The second they commandeer an outpost, good luck getting rid of them.

Of course, if you are looking for variety, there’s also the game’s Escape Run mode, where you have to escort an armed warship to an escape by dropping into other matches as a third party, occupying a space and having to fend off the other two teams before time runs out and you can warp away, all while the others have to suddenly re-evaluate their strategies. It’s easily one of Dead Star’s most unique selling points, so would you like to know how it plays?

Well, so would I. For what seems like a completely arbitrary reason, Escape Run can only be unlocked as a rare reward in the game’s main Conquest mode. And the fact that you have to grind for hours in order for what feels like even a chance to unlock it kind of feels like a slap in the face from the developers, cursing at you for daring to actually want more from the gameplay. 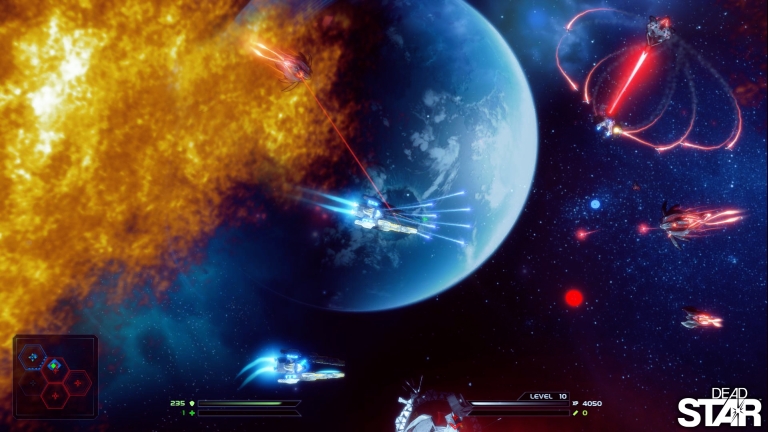 Dead Star is quite fun, unique and serves as a great spin on both old and new genres, but one can’t help but feel concerned about the game’s longevity. Hopefully Armature will spice things up with more updates in the near future, but as is, it’s still a fun little diversion that’s worth a whirl. So in the end, it’s not a real supernova in the multiplayer gaming universe, but at least it’s still a pretty light show amongst it all nonetheless.