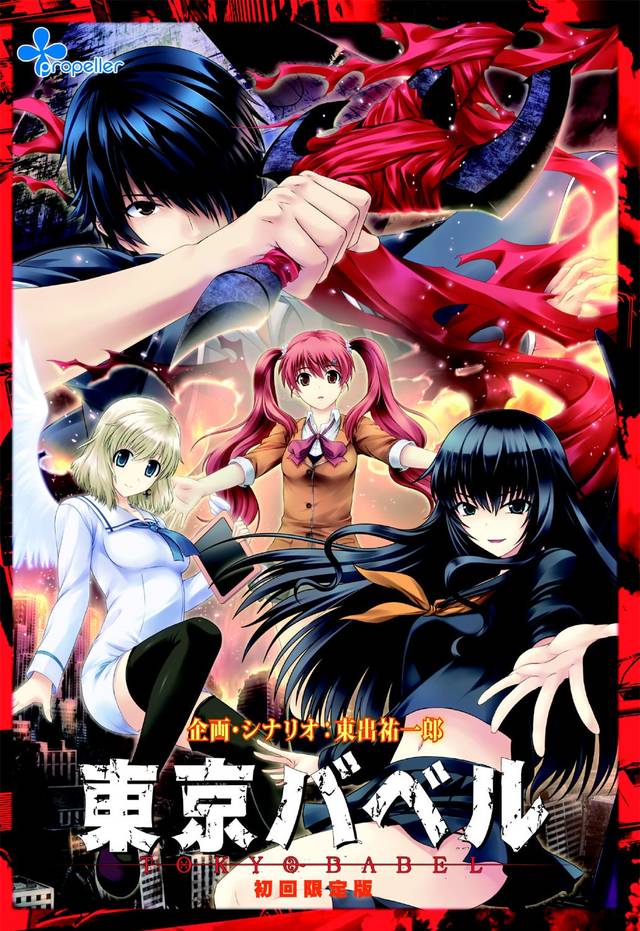 With so many visual novels to choose from on PC these days, it is outrageously tough settling down and playing any single one for more than a few hours. After all, not only are there a huge quantity of games, but many just aren’t that great. The one plus of so much saturation in the market is that there’s basically a game for everyone out there. I’m not quite sure who the intended market is for Tokyo Babel, but it makes an interesting case for itself. This visual novel has quite the setup. We’re in a near-future Japan when it appears that absolutely everything has gone to hell – literally. The entire Earth seems to have plunged head first into an apocalyptic state which has caused both angels and demons to erupt from their own realm into a new region known as “Tokyo Babel.”

As it turns out, a few humans have been taken along for the ride as well. You see, this apocalypse wasn’t just something that happened once but zillions of times over in separate version of the same universe which had happily coexisted up to this point. Unfortunately, all these parallel timelines suddenly up and exploding has left a fair amount of people without a place to call home. Both angels and demons flocked to these alternate realities to scoop up the remaining survivors and brought them to Tokyo Babel. Of course, everyone would love to start fresh rather than live in this strange stopgap between realities.

The demons and angels believe that a truly magnificent human will eventually ascend all levels of Tokyo Babel and take the steps up to Heaven to finally receive forgiveness from God. The problem is that no human has yet made it past the first few floors without completely losing their minds or being killed by equally mad angels and demons. A crazed human might not seem like the biggest issue (though this game proves otherwise on multiple occasions), but angelic and demonic beings both have obscene amounts of power. For example, they might control elements such as fire or even manipulate reality. Some of these characters have taken up control of Tokyo Babel’s different levels meaning it’s basically impossible for any normal person to make their way through alive. 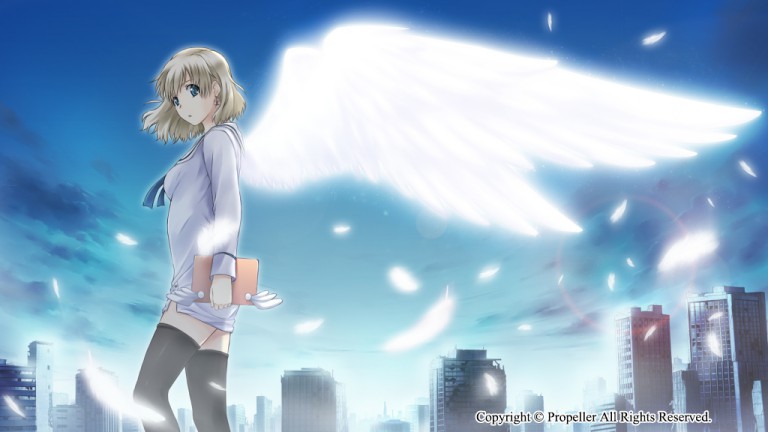 This is where Tendou Setsuna comes in. Although he looks like an ordinary dude, he’s actually something quite incredible. For a variety of reasons (which become clear later in the storyline) Setsuna is effectively a superhero. It appears that he may just be the chosen individual to complete the ascent of Tokyo Babel. He’s not alone in this journey, either. Setsuna finds himself accompanied by three women. There’s the demon Lilith, an angel named Soriel, and a regular old high school girl, Sorami. Somehow this oddball troupe has found themselves together on this quest to seek divine redemption and save everyone. Despite the heavy use of religious themes and characters, this isn’t a particularly pro-religion tale. In fact, it ends up going down a pretty sacrilegious road at times. Although it certainly didn’t bother me, this is something to be aware of for folks sensitive of the depictions of religion in media on either side of the spectrum.

As with any good visual novel, the dynamic story and character interaction is where the meat of player entertainment comes from. Unlike many of the copious releases on Steam, however, Tokyo Babel has some ridiculously good production values. Despite graphically being comprised of 2D sprites and still CGs, sequences are often filled with well-animated effects. These effects are akin to what you might see in anime and really make action sequences far more exciting. All the art itself is also quite lovely which makes these effects totally worth the effort. There’s also completely voice acting for every character. Yes, this includes protagonist Setsuna as well! There’s no doubt that a tremendous amount of effort went into the production of this visual novel. 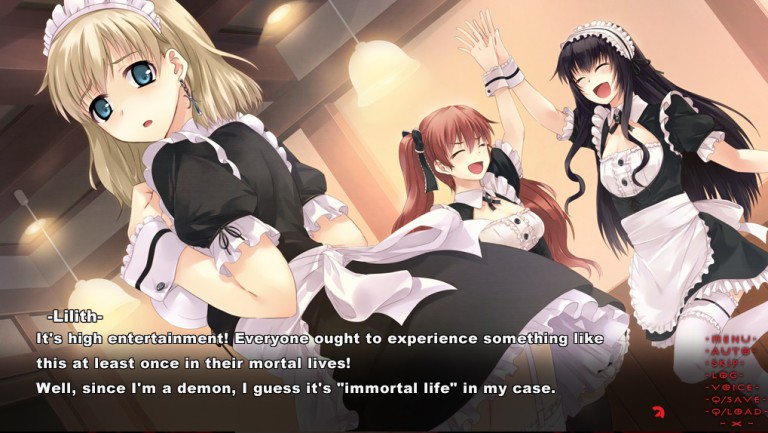 That’s not to say that the entire release is as flawless as its visual polish. The translation, while totally acceptable from a grammatical standpoint, does come off a bit strange at times. It’s hard to really pin my finger on what exactly gave off this effect. Mostly, there is just some weirdness to the phrasing at times. This does not impact one’s understanding of the storyline, thankfully. You also will be hard pressed to find many typos which is a relief. The more glaring oddity in Tokyo Babel is how it flips back and forth between serious action, slight romance, and fanservice goofiness.

This is more of a taste thing than anything else, but the rapid oscillation between moods just felt off. One minute everyone’s embroiled in a life or death situation where making the tiniest mistake means everyone dies. Then, the group is off to a maid cafe or host club because why not? Sometimes the humor is important for lightening the mood while other times it seems contrived. Then there’s the matter of romance. There are three routes and at least for a few the romance appears to spring forth out of nowhere. With little buildup or explanation there’s just suddenly a romantic bond between two characters. It’s obvious that much of the focus is not on romance, but it would have been nice to see more attention given to these aspects since they are a part of the complete package. 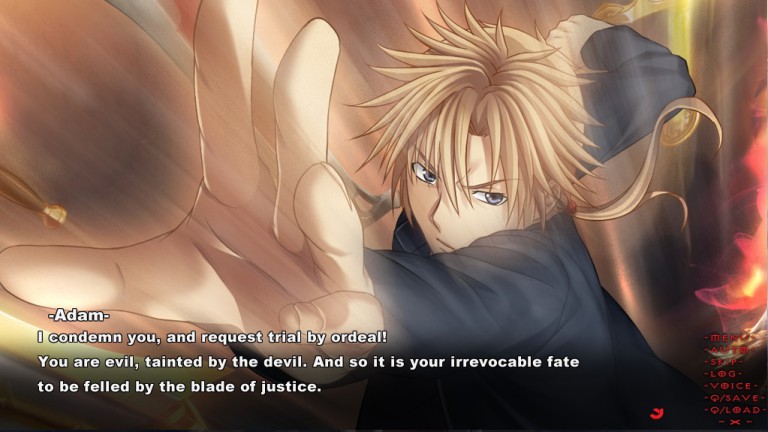 Tokyo Babel will probably take most somewhere around 15-20 hours to complete all routes. Once that’s taken care of, you’ll have a far better grasp on the story and a (mostly) satisfying conclusion. There’s no doubt that the title takes players on an action-packed journey with a cast of memorable characters. Still, there’s this nagging feeling that it could have been even better if it focused more intensely on its best features and less on goofy interludes between the highlights. With some editing to cut down on the padding, Tokyo Babel could have easily been an even better experience. Luckily, the unique premise and religious backdrop ensure that this visual novel stands out from the pack.