Strategy/simulation titles has always been regarded as a niche type of experience that requires attention to all aspects of the game.  Especially ones where you are expanding or upgrading areas or people that need your constant attention and work.  Dungeons II, however, makes the chore of having to take care of a dungeon more fun that it sounds and it doesn’t sound that much fun.  You are what is known as the Ultimate Evil and you have been defeated by the heroes of the Overworld and have only managed to stay alive as a disembodied spirit.  You are challenged with controlling minions and creating a dungeon, along with different dungeon keepers and workers, that can withstand enemy fire and take over all other dungeons in the Overworld.  Sound familiar?  Well, the game was originally released on Steam last year April, but Realmforge Studios and Kalypso Media are bringing it over to console on the PlayStation 4. 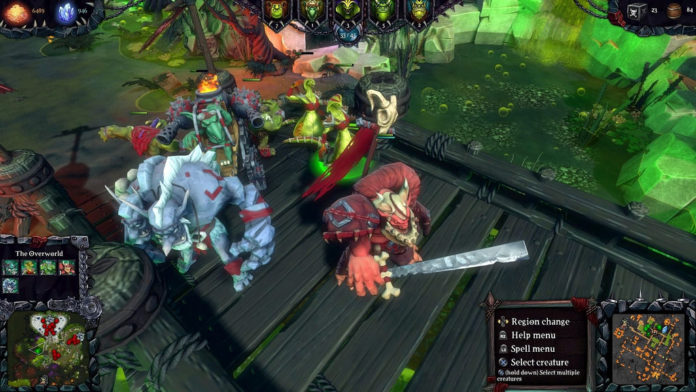 You can’t accomplish this by simply watching events unfold, you have to make them happen.  Utilize the Hand of Terror, your own hand, to pick up minions and place them where you want them in order to build traps and weapons.  Of course, there’s much more to it because while you’re creating and reinforcing your dungeon, others are out to destroy it.

Different rooms in the dungeon are responsible for replenishing, or building, different things.  Gold is mined through veins that are found throughout the dungeon and is then help in the Treasury room.  Mana, which are collected and generated by either the Naga or the Shadow Demons, (depending on which faction you belong to), are stored in Magic Chambers.  This continues on for things like the Brewery and the Tinkerer’s Cave, each just as important as one beer prevents your minions from getting thirsty and the Cave allows you to research more mechanisms against opposing forces. 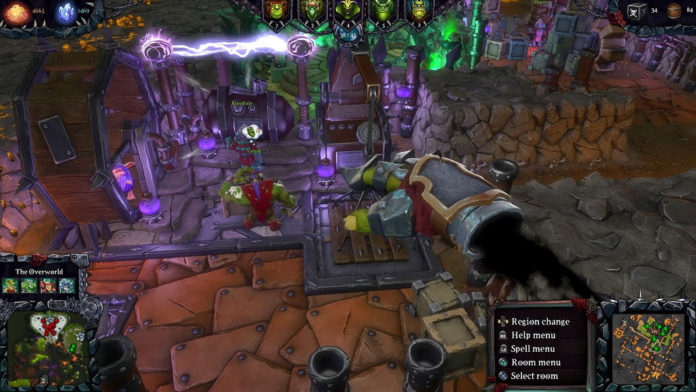 The entirety of the game is narrated by none other than Kevin Brighting, the omnipresent voice from The Stanley Parable.  He will go about narrating all of the actions that the player makes.  If it looks like you’re stuck or not on the right path, the narration will make sure to use enough sarcasm to push you in the right direction.  While not necessarily a part of the game, Dungeons II also pays homage and references other games and fantasy series such as World of Warcraft and Game of Thrones.  While the game has already been made available on Steam for some time now, Dungeons II will be available on the PlayStation 4 on May 24 and is currently available for pre-order at Amazon and GameStop.