Mario and Sonic are at it again! This time the world’s most famous plumber and the fastest hedg- oh, not that Sonic ? Excuse us.

Nintendo and Sonic Drive-In are getting together to promote new kid’s meals featuring toys based on one of Mario’s latest titles. Mario & Luigi: Paper Jam was released back in December, so it’s only natural for them to bring in brand new toys for kids to receive in their Sonic Wacky Pack Kids Meal. Items depict characters from the game including Mario, Princess Peach, Bowser and a Goomba. Some move around while others resemble the huge paper crafts used in battle.

Sonic Drive-In serves millions of customers daily. Of course some of those are going to be huge fans of Nintendo, Mario and even Paper Jam. The collaboration begins April 19 and ends June 30.

Take a look at the toys below: 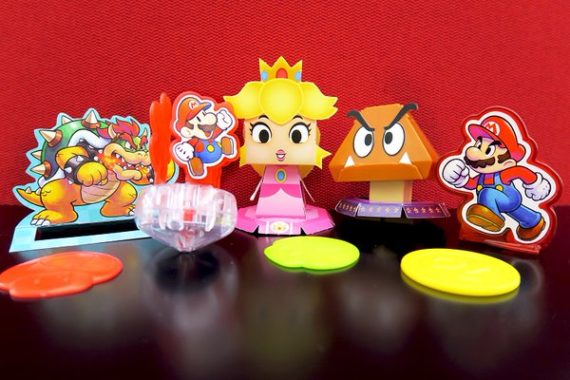