The zombie apocalypse might be a ways off for us, but it is definitely upon the video game world.  Zombie-themed games are increasing in numbers at a horrifying rate and soon they will outnumber non-zombie games.  Some of these zombie-centric games have been fantastic and some could even be called masterpieces of the video game medium.  Others need to be sent back to their graves, never to be heard from again.  Most of them fall somewhere in the continuum of nothing groundbreaking but not bad and ultimately forgettable.

The hardest thing about making a game centered on a theme that has been done to death without running it into the ground (both were intentional, feel free to send hate mail)  is to find a way to set this zombie game apart from the three billion and fourteen zombie games that were released in the past twelve months.  Zombasite, which currently has an early build available, seems like it may have actually met this criteria.  To break Zombasite down to its most basic components, imagine a Diablo clone made by someone who loves The Walking Dead.  Reducing it to only that would be doing it it a disservice, however, as this game appears to offer plenty to set it apart from what is currently available.

The premise of Zombasite involves dark elves who enjoy creating and enhancing underworld slave creatures.  After witnessing some zombies unleash their destructive power, they did the only sensible thing which is capture a few of the zombies for purposes of enslavement.  As luck would have it, these slavers did not fully do their research on where the zombies had come from and things didn’t quite work out how they intended.  A necromancer named Ciglio who must have graduated Suma Cum Laude from necromancy school had enough foresight to make not only his zombies but their victims bound to him, making them have unquestioned loyalty.  This binding extended even beyond Ciglio’s death, and with the dark elves mucking it up a new zombie parasite was born:  the Zombasite.  This now leads this world to having a zombie apocalypse with intelligent zombies, zombies that retain powers they had in life along with new powers that mutated after the Zombasite’s introduction.  Dark elf zombies are much deadlier and terrifying that brain eating lumbering human husks that George Romero showcased in his classic films. 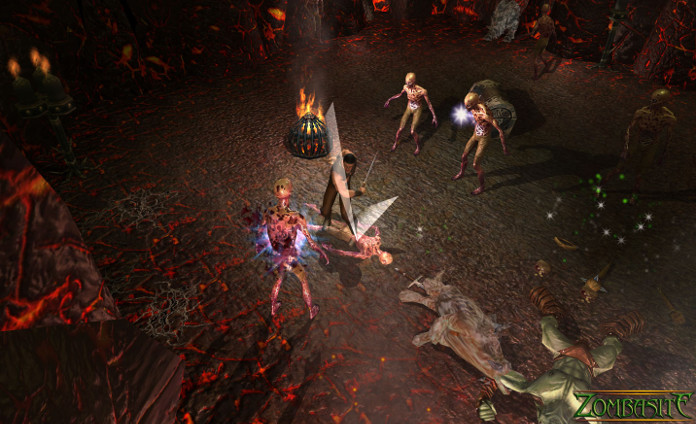 This leaves the player controlling a human survivor who is part of a clan.  There are about 20 known human and monster clans fighting for survival during this apocalypse.  The Zombasite is extremely contagious and spreads rapidly.  You can get various companions within your clan but if they get infected there is no saving them.  It’s unfortunate when they go but on the bright side is the clan’s food supply doesn’t have to be spread so thin.  Maintaining good levels of happiness and relationships among clan members is another aspect that could add depth to how one approaches their playthrough.

One interesting aspect of this game is its dynamic nature.  There are many events going on without your presence being necessary.  You may receive a message about a fight going on between some people or someone needing help.  You may choose to respond to the message and effect the outcome, or you can ignore it.  If you choose to ignore it, the issue will eventually resolve itself, and most likely not in the manner that is most beneficial to you.  Adding this element to the game helps create the illusion that even though it is overrun with parasite controlled corpses this story is taking place inside of a living world. 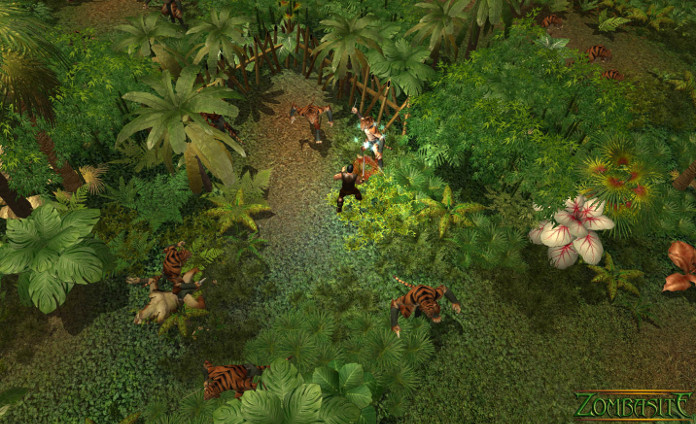 There are eight different character classes to choose from and like many isometric action RPGs have different branching skill tree that can result in different specializations.  These are the typical character class choices one is accustomed to finding in RPGs:  wizards, priests, rogues, demon hunters and so on.  If you can’t decide on one class, there is an option for a hybrid class where two different classes can be combined.  Their skill trees will only have two instead of three branches, but having that customization at your disposal should make up for the more limited choices.

Worlds are randomly generated with each character, and there is the option to create a new world for a previously made character.  I did this just to see the effect it would have and the new world was completely different than the previous one.  It was not the same location just slightly rearranged.

With this title still in development, the final retail version could be significantly different than what I played.  Soldak is updating the game regularly and it is currently available for pre-order in Steam Early Access.  Taking the theme of the zombie apocalypse and putting it inside of a fantasy world where humans live along side orcs and elves is an interesting approach.  At its core it is a zombie apocalypse Diablo inspired game, but there is enough originality and depth with this title that gives it potential to stand out from other dungeon crawler action RPGs. I am now looking forward to seeing the final product and fans of this type of game might want to keep this one on their radar as well.