Bandai Namco have today confirmed that both God Eater Resurrection & God Eater 2 Rage Burst will be released August 30, following the announcement late last year that the two games would be making the jump to Sony’s latest devices. Those who purchase the latter title’s Day One Edition (as shown below) will receive a free download code for Resurrection with those pre-ordering Rage Burst getting hold of three exclusive cross-IP costumes/items from Sword Art Online, Tales of Zestiria & Tokyo Ghoul. 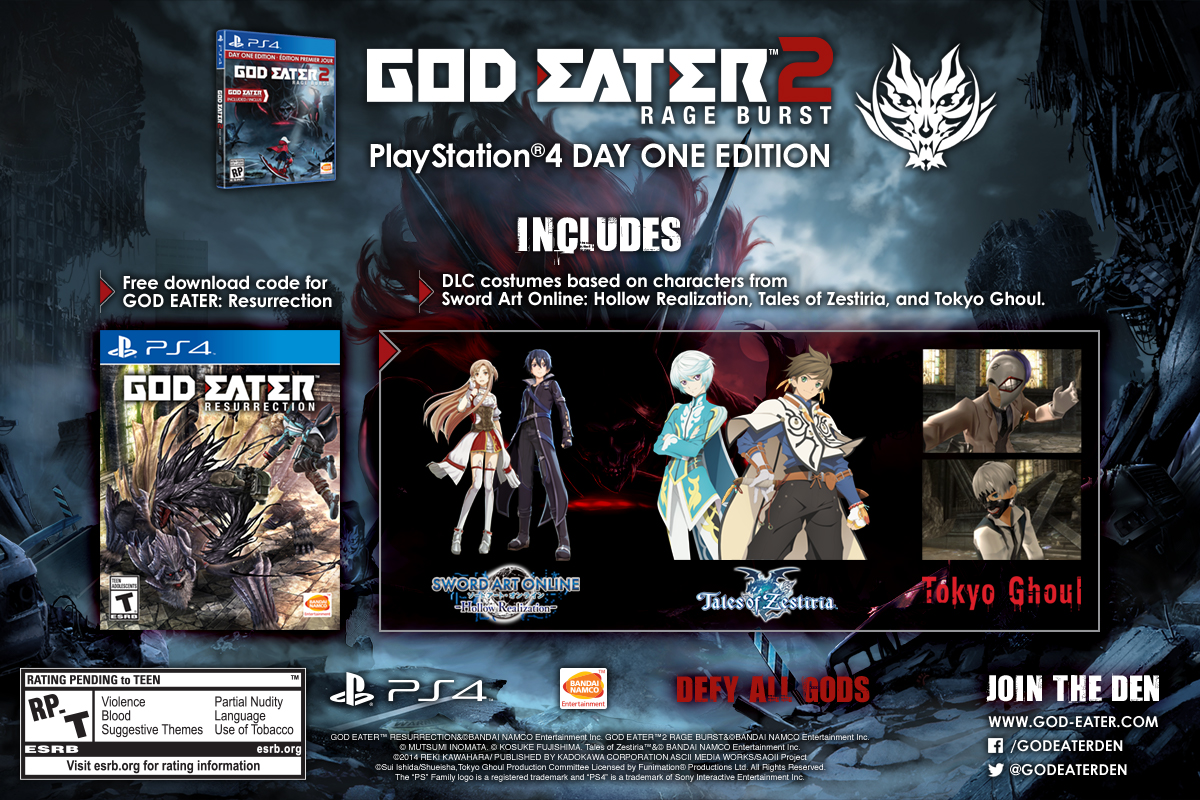 A new story trailer has also been released by Bandai Namco which shows off some of the game’s plot which you can watch below. God Eater Resurrection & God Eater 2 Rage Burst will be available in the West across PS4, Vita & PC.