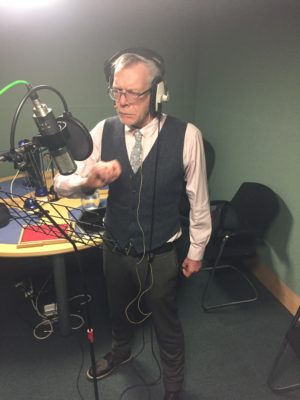 In Bohemian Killing, a nineteenth-century steampunk title set in Paris, France, Cornicard will be playing the role of a young Gypsy inventor, Alfred Ethon.

“Thanks to his perseverance and visionary ideas, Ethon has become a symbol of modern France in the late 19th century: still struggling with the aftermath of La Révolution, ridden with ever increasing social inequality, awaiting the Paris Commune,” IQ Publishing explained in its press release.

According to IQ Publishing, Bohemian Killing has the player meeting Ethon at a “critical and life-changing moment… committing a murder!”

“Soon after that the player takes control not only over the accused inventor [Ethon], but also over the course of a crime investigation before a French court,” IQ Publishing said. “Will you manage to get yourself acquitted or will you be sent to the guillotine?”

Not only does Cornicard have credits in several TV shows and films, but he has also lent his voice to roles in multiple gaming titles, including Dark Souls III, PlayStation All-Stars Battle Royale and Dragon Age: Inquisition.

Cornicard also worked on the French dub of Hideo Kojima’s critically acclaimed Metal Gear Solid, in which he played the role of Liquid Snake.

Marcin Makaj, founder of The Moonwalls and director of Bohemian Killing, believes that his adventure title “steps out of linear storytelling typical of its genre.”

“The game adapts to the player’s choices,” he added. “Each lie can change the verdict for the better or for the worse.”

Bohemian Killing will be coming to PC, Mac and Linux, despite the lack of support that The Moonwalls initially received on the project’s Indiegogo page.

IQ Publishing has released a 30-second audio video of Cornicard in his role as Alfred Ethon, which you can watch below: