As someone who has never played a second of Chivalry: Medieval Warfare, it doesn’t necessarily make sense that Mirage: Arcane Warfare would be on my radar going into PAX East 2016. Doubling down on the weirdness of my anticipation for Mirage, I’m definitely a lapsed multiplayer gamer. After being fully addicted to Modern Warfare 2 during my freshman year of college (blame my dorm for this one), I’ve found myself bouncing in and out of multiplayer games, with none really sticking quite as hard as that incredibly unbalanced Infinity Ward title. However, this gives me a distinct advantage whenever I play a multiplayer game today. If I find myself never zoning out during the course of a multiplayer match, I know for a fact that whatever game I’m playing is something special. Along with Blizzard’s Overwatch, Mirage: Arcane Warfare was the clear multiplayer star of the show, which likely comes as a surprise to anyone who brushed off Torn Banner’s first title.

Mirage puts players in control of one of six character classes across a number of game modes, only two of which were playable at PAX East 2016 (the first show that it has ever appeared at). The logic behind the six character classes is really simple: players will automatically know what their opponents are up to, creating a sense of strategy that’s only amplified by the slow, deliberate nature of its combat. Despite the fact that it maintains the focus on melee combat of its predecessor, the addition of magical powers adds a bit of range to the proceedings, which makes every battle feel quite dynamic. My first match, in which I played as the heavily melee-focused Taurant, was an exercise in pure, unadulterated failure on my part. I found myself rushing into battle, not understanding that I could literally block every attack (be it ranged, special or standard) with a well-timed right-click. Even though I was clearly the weakest link on my team, I found myself having an absolute blast learning the rock-paper-scissors-style nature of Mirage’s combat. This demonstrated what Torn Banner is hoping for: a game with a high skill ceiling that’s fun to play, despite whether or not you’re succeeding or failing. 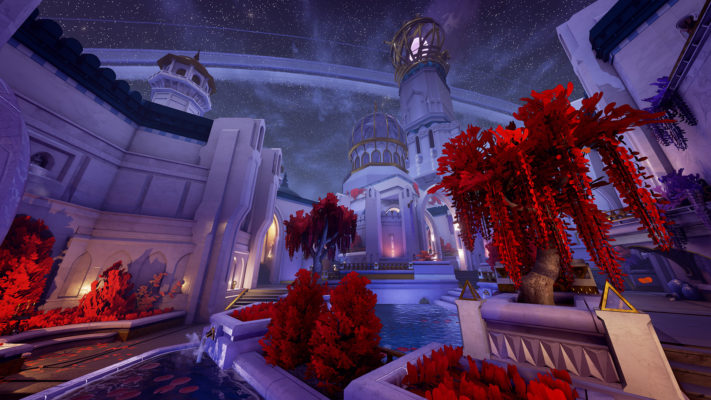 My second match was when everything started to click, thanks to Torn Banner’s exceptional combat design. The whole aim of Mirage: Arcane Warfare is to teach players how to get better in a natural way, something that’s done by maintaining the sense of joy that is mentioned in the previous paragraph. I decided to take a more ranged (read: slightly cheesy) approach to the proceedings by choosing the Alchemancer, whose ranged attacks and complete lack of a blocking ability force him to say on the outskirts of battle. Not only was I prone to stealing kills from my teammates, some of whom had been hopping in and out of line at the expense of time with other titles, but I found myself ambushing enemies who only focused on what was directly in front of them. By combining a couple of basic ranged attacks with one of my cooldown-based specials, I was able to not only earn kills for myself, but assist my teammates in capturing objectives in the Domination-style point-capture mode we were playing. My final match saw me playing the Vypress, a quick, melee-focused character whose entire build is based around the idea of letting others do all of the heavy-lifting before sweeping in and claiming the scraps. By the time my third match was underway, I found myself using my mind to outwit enemies in extended one-on-ones, which is exactly what Torn Banner is hoping will happen once players improve. This is also the reason why Mirage’s combat has a slow, deliberate pace; players have to use their minds as opposed to solely relying on reflexes in order to succeed. 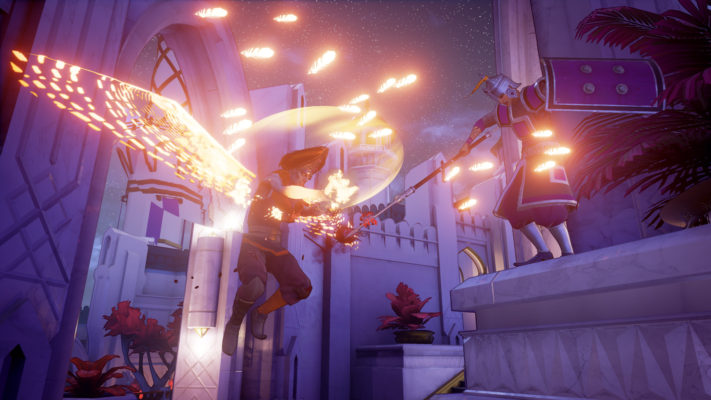 After every convention, certain games seem to stand out as the clear winners of a given event. After spending forty-five minutes with the brutal, intense Mirage: Arcane Warfare, it’s safe to say that players should eagerly anticipate Torn Banner’s next title. After all, there was a reason why fans kept on flocking back to hop in and get another match in rather than seeing something new. Whether or not Mirage ends up being as successful as its first hit game is anyone’s guess, but considering that its first public appearance was a smash it, it’s safe to say that Torn Banner is absolutely on the right track.