When you get the chance to talk to developers about their projects, interesting tidbits find a way to slip out of their mouths. The single most interesting admission that I came across at PAX East 2016 came from Culture Shock Games, creators of the socially-conscious first-person narrative experience We Are Chicago. Originally revealed to be a title that would only be playable through traditional means, the fine folks over at Culture Shock made the decision to port their game over to virtual reality, with an early build of the PAX East demo running on the HTC Vive in full room-scale glory. Of course, there was definitely something odd about such a narrative-heavy title like We Are Chicago being a virtual reality title; after all, the main focus of the entire project is to build awareness about some of the hardships facing those living in inner-city America. However, once Culture Shock informed me of the main reason why it decided to showcase its upcoming title on VR, everything became abundantly clear.

In short, bringing We Are Chicago to virtual reality platforms has brought it to the attention of more gamers. At PAX East this year, gamers far and wide were lining up at Culture Shock’s booth in order to get a chance to experience the admittedly cost-prohibitive Vive, but once they realized that We Are Chicago boasts a powerful message, they’re automatically more interested in the actual software itself. Essentially, We Are Chicago is using virtual reality as a viral marketing tool, and this idea is flat out brilliant. 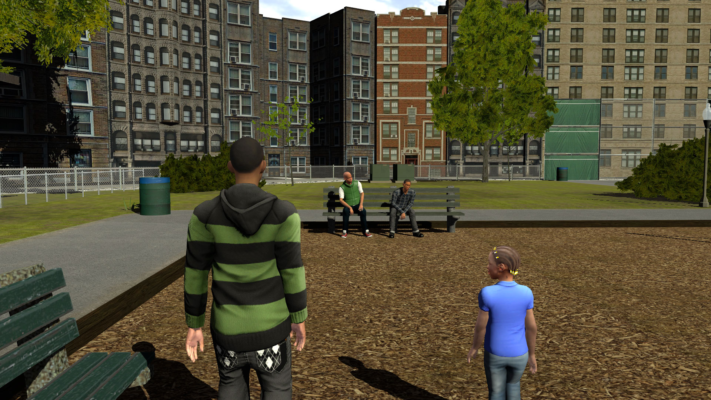 Because Culture Shock Games is made up of a number of members who themselves did not grow up in inner city Chicago, the team had to do a great deal of research before writing the first line of code. By interviewing a number of Chicago residents who experience the turmoil that seconds of their city is now infamous for, Culture Shock was able to figure out the best way to design the life of We Are Chicago’s main character Aaron. Aaron hopes to ride the straight and narrow en route to college after his final year of high school, but when his friends stop showing up to school, things start to take a turn for the worse. In the short demo I played on the PAX East show floor, I was treated to a family dinner involving Aaron himself, his mother, his younger sister and his potentially troubled friend James. This admittedly mundane affair was striking in its realism. From gunshots that interrupted the entire flow of the conversation to Aaron’s mother mentioning that she didn’t want him hanging around James due to the latter’s potential gang affiliation, We Are Chicago presents a potentially haunting undertone underneath what appears to be a story centered around day-do-day life.

While the Vive demo made it far more difficult to concentrate on We Are Chicago’s narrative aspects, it did present me with my first opportunity to try Valve’s room-scale VR technology. Despite the fact that We Are Chicago’s table-setting demo did feel a tad bit gimmicky, it certainly made me feel as though I actually was Aaron in this particular scenario. The question here is whether or not those who play We Are Chicago in VR are going to be able to follow the story amidst a sea of potential virtual reality distractions, something that could be potentially lessen the impact of a title that is clearly hoping to impact players on an emotional level. Because of the relatively low VR user base, it’s not difficult to imagine the vast majority of We Are Chicago’s audience being traditional PC (or potentially console) players. 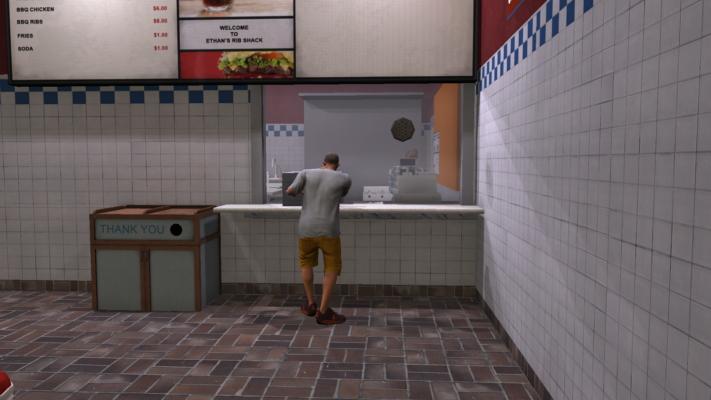 Games like We Are Chicago are nearly impossible to judge accurately based upon a small slice of gameplay on a crowded show floor. Sure, you can gain insight into the general vibe of a narrative-heavy title, but without having the entire story to chew on and digest, it’s always unclear whether or not the title you’re previewing is going to be worth investing in. At this point, it’s clear that We Are Chicago is coming from a savvy team with bright ideas and a set of hearts in the right place, which is certainly a good sign for the future. Regardless of whether or not We Are Chicago ends up being the game that puts Culture Shock Games on the map, it’s awesome to see a title that focuses on authentic issues in a medium so heavily focused on pure escapism.