Star Ocean: Integrity and Faithlessness recently came out in Japan, but the US version is still pending and PAX East is the first place where people can play the English version.  The press demo is a giant two-hour chunk of gameplay, starting at the very beginning and then jumping in to a later point to test out the seven-player battles and it shows off a game that plays like the true thematic sequel to the PS1 version that’s so fondly remembered.  Shinier and more detailed, sure, but with the balance of fantasy RPG and sci-fi that made the series so memorable.

The game starts with a very Square-Enix-ish spaceship flying through an asteroid field during opening credits as the prelude music plays. Earth, Galaxy, Universe, Chaos difficulty levels are avaialble for players who want a nice walking tour of the story or have the monsters rip their party’s faces off.  Despite the spaceship, the game opens in a lovely fantasy-style town carved into the rock of a seasid cliff, with the camera flying in as two guys practice their moves in a small arena. 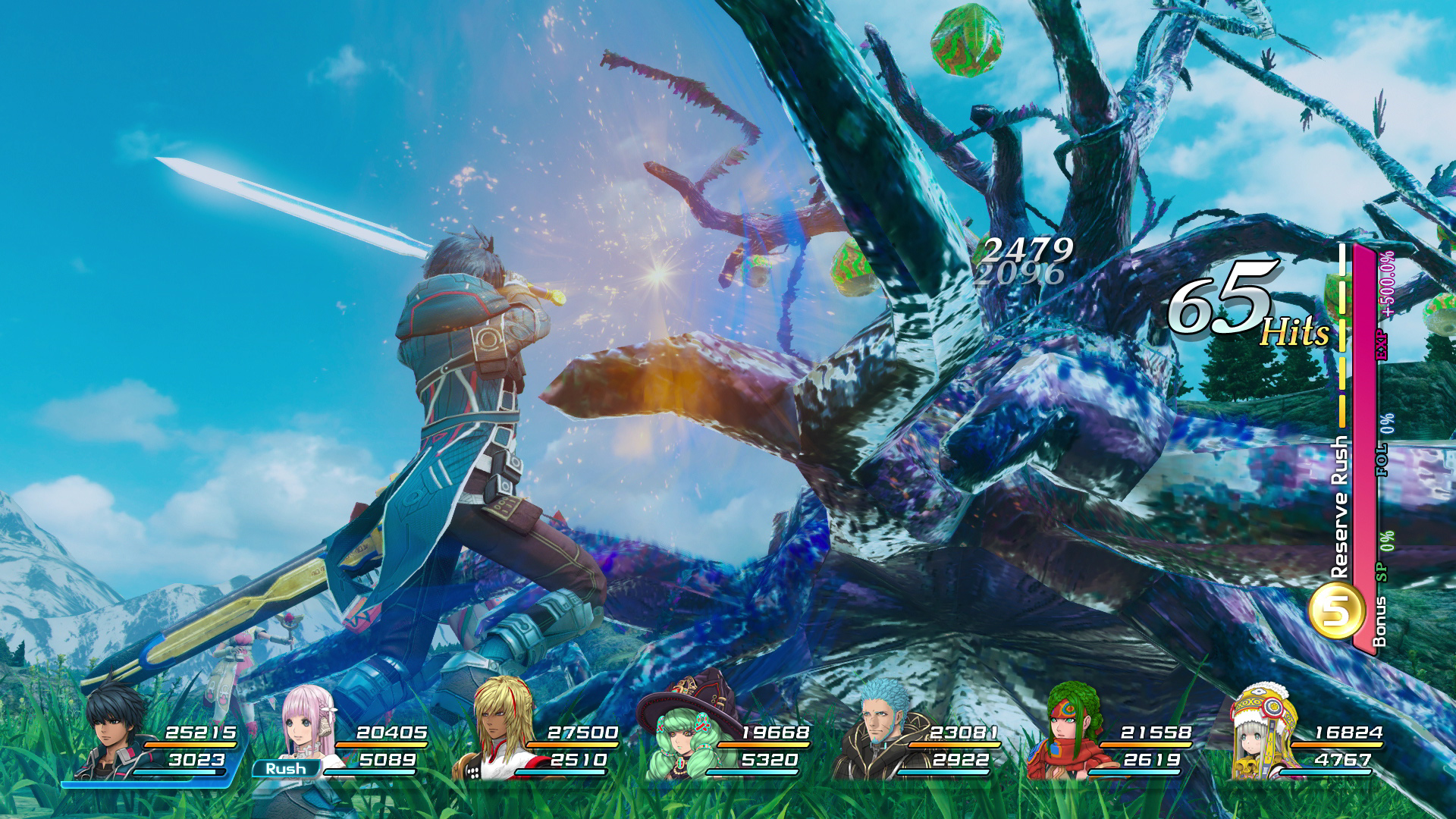 The opening fight leads straight into the first of many tutorials, where you learn the L stick makes your character move.  Who knew?  X and O are for weak and strong attacks, with ranged or close combat automatically chosen by distance from opponent, and Square is guard.  Weak attacks interrupt an enemy’s strong attacks, strong breaks guard, and guard nullifies weak attacks.  A successful guard opens up the opportunity for a counterattack, stunning the enemy and leaving it open to a nice follow-up combo.  Holding down X or O also lets loose magic-style attacks, and it doesn’t take long to learn that magic repleneshment items are common enough that there’s no need to be stingy with their usage.

Walking around town, conversations between the villagers happen automatically and you can listen in as the text bubble appear over their heads.  Some will talk to you, while others get annoyed by your intrusion and tell you to go away.  While townsfolk talk in all text, cut-scenes are voiced with varying degrees of acting and overacting.  Walking around town, reading conversations, and poking at the occasional cat lead to finding the next party member, who’s seen some suspicious activity that gets the plot rolling. 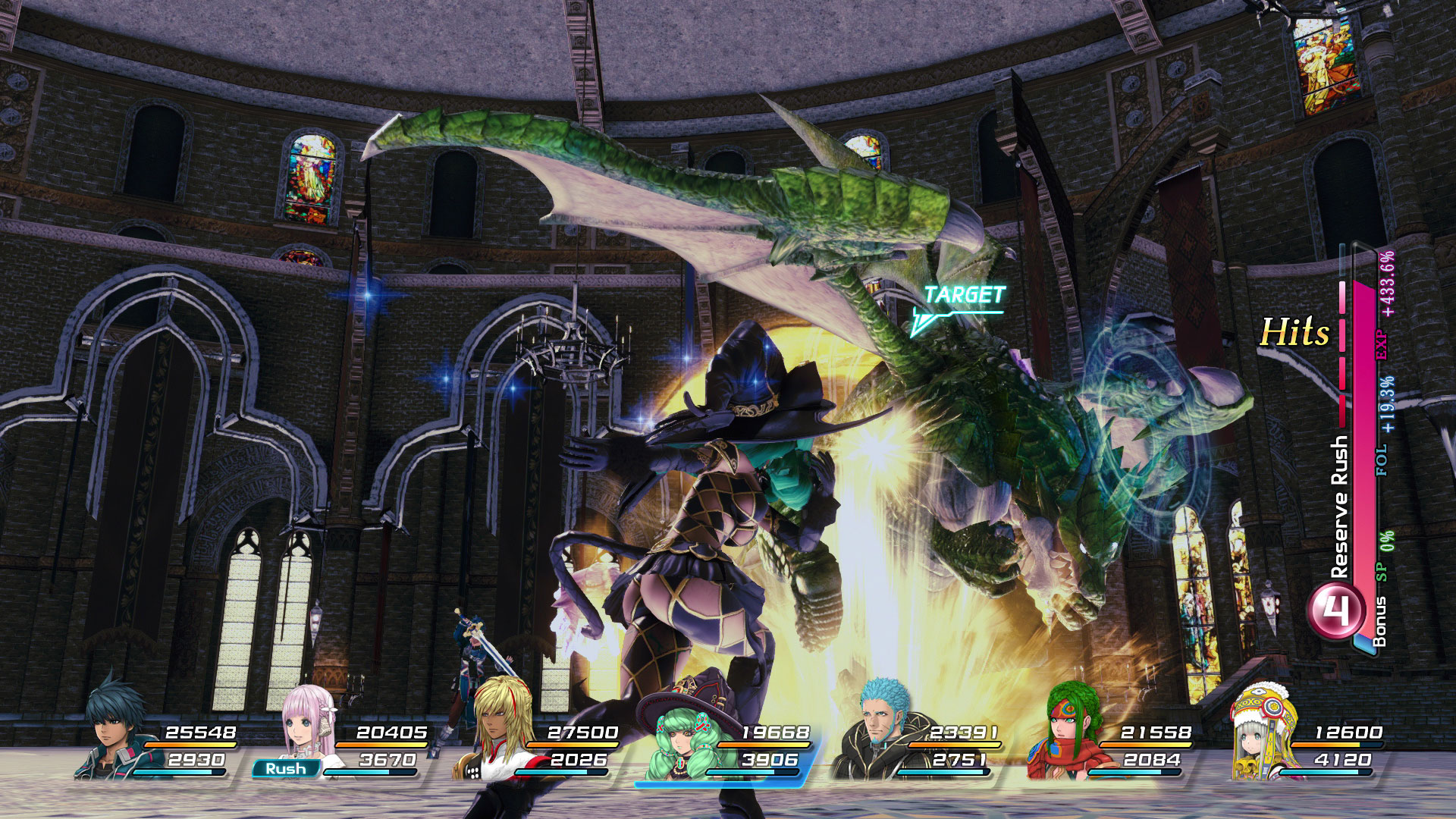 After a battle in town main character Fidel lets his female mage friend Miki tag along as he sets off into the countryside, which is a classic RPG-style path along the cliffs by the ocean, with a good balance of monster encounters along the way.  One element that stands out is how quickly Star Ocean lets you get to the gaming, with just enough story at the start to get things going and then you’re out into the world to start playing with the battle system.  It’s simple enough with two characters, but the second part of the demo was later in the game with a six-member party and by then a few million options has opened up.

Each character has up to four roles they can play in battle, for example, chosen from a selection of potentially 100, if you can find them all.  Who learns what and how well is up to how you want to spend the crystal points, and you’ll want to switch the roles out on a regular basis depending on the enemies found in each area.  Each of the party members are available to use in battle as well, and they all fight differently.  Learn them all or specialize in a favorite while the rest run on AI, it’s your choice.

Star Ocean: Integrity and Faithlessness is giant epic of an RPG, but an inviting one that only opens up its complexities a little at a time.  It feels like a classic RPG but with battle depth to spare and it gives you plenty of opportunity to explore its systems.  The June 28 release is only two months off, but after two hours of play, it feels something like forever.