It’s always strange when games that are already out show up at conventions like PAX East. Granted, Move or Die‘s place on the show floor wasn’t quite as strange as seeing people lining up to play Nuclear Throne, which was in Early Access for quite a while before its December 2015 release, but it still was odd seeing people crowding around a title that has been available for months now. There’s something about local multiplayer games that allows them to hit hard in an environment like PAX, however, where hordes of screaming people create blissful tension that is simply impossible to replicate in your living room. As someone who lives alone, I’ll never be able to have as much fun playing Move or Die as I did at PAX, which is a bummer. Still, the team over at Those Awesome Guys seems committed to turning its chaotic local multiplayer game into a full-fledged friendship-ruining platform rather than a release that is simply thrown out into the ether and forgotten about.

For those of you who don’t know anything about Move or Die, it sports an extremely novel premise, even in the admitted crowded multiplayer space. When I first showed up at the Those Awesome Guys booth without having ever played Move or Die (again, the perils of living in a one-bedroom apartment), they explained that if you know the title, you understand how to play. The one persistent element, even though the game mode changes every twenty seconds, is that if you stop moving for three seconds, your character is instantly eliminated from that round. In order to win a match of Move or Die, you’ll need to obtain a set number of points by coming in either third, second or first in these multi-round four-player matches (thus awarding players one, two or three points respectively). At the very beginning of the proceedings, players choose from a wide array of game types, with modes ranging from coloring as many tiles as possible to avoiding a massive spiky ball longer than your counterparts. The name of the game here is staying on your toes and being as flexible as possible, as there’s not really a way to master only one game type and come out victorious. 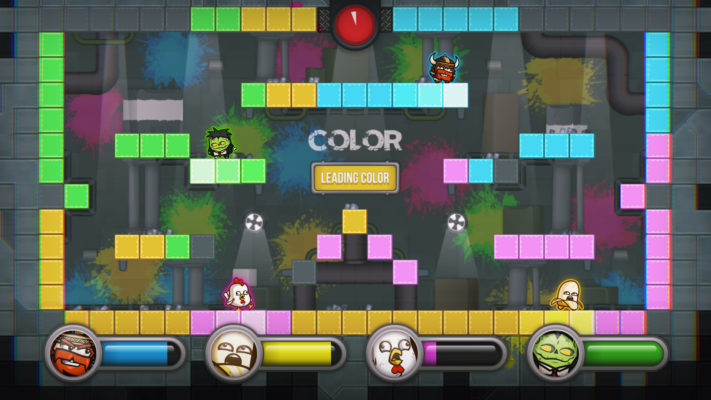 On April 1, Move or Die added in the Mutators Update, which gave players distinct advantages at random at the end of certain rounds. Yes, this does make the proceedings inherently unbalanced, but in a game based more upon chaos and fun than hardcore skill, it makes sense to throw more mechanics into the mix. I was the lucky winner of one of these Mutators during the course of my time with Move or Die at PAX East, with my character obtaining a warp move that allowed me to cover more ground, and thus steal a couple of wins away from my counterparts. Because I started out in last place as a result of being completely overwhelmed, this mutator not only got me back into the match, but gave me a chance to push for victory (Note: I did not attain victory).

On top of this update, Shovel Knight was added in as a playable character, with Those Awesome Guys somehow turning an inherently cute character into a chubbier, more adorable version of Yacht Club’s signature hero. Those Awesome Guys also took the opportunity to announce Move or Die’s Viewers vs. Streamers mode, which is set to launch on April 29. This allows viewers of a Move or Die Twitch stream to choose game modes for the streamers they’re watching. Viewers vs. Streamers will also allow viewers to get directly involved in the action during a given round, be it through choosing mutators or throwing added variables into the mix. It’s worth noting that up until a 10,000-person stream at PAX East, Those Awesome Guys had only tested this mode out in a three-viewer setting, so it was a joy for the team to find out that their latest update appears to actually work. 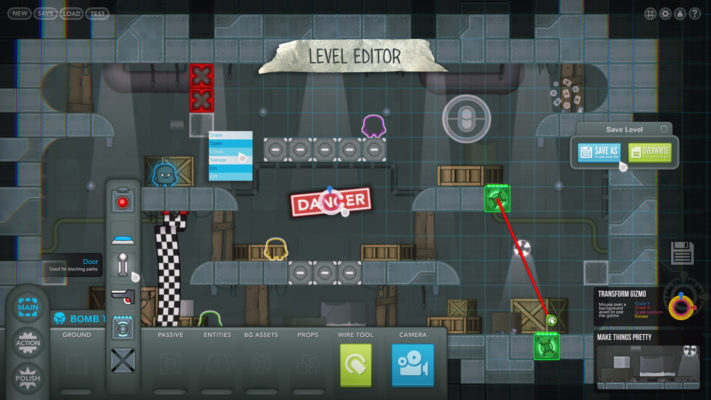 Those Awesome Guys absolutely had to take a different approach to the local multiplayer genre and it appears to be paying off in spades. Because the local multiplayer renaissance has all but ended, largely due to market oversaturation, Move or Die’s platform-style nature allows it to stand out in a way that some of its less popular contemporaries have not been able to. It’s going to be interesting to see whether Viewers vs. Streamers winds up being the success that Those Awesome Guys hopes it will be, but even if it doesn’t elevate Move or Die to new heights, players can feel content knowing that constant updates are going to be on the horizon.