Out of every game that I spent time with at PAX East 2016, no game felt less appropriate for a crowded show floor than This is the Police. Weappy Studio’s real-time police management simulator seems like the type of game that you play right before you head off to sleep, after enjoying some sort of action-packed title. Not only was the insane amount of people and noise distracting from the potentially fascinating dialogue on display in This is the Police’s well-drawn static cutscenes, but the fact that Weappy’s upcoming title, which is currently in closed beta, was next to a bumping League of Legends booth didn’t help the cause. The reason I bring this up is because it directly influenced how much I was able to gain from my thirty minutes with This is the Police, though there was enough to be gleaned from my hands-on experience to be intrigued at what is to come later this year. 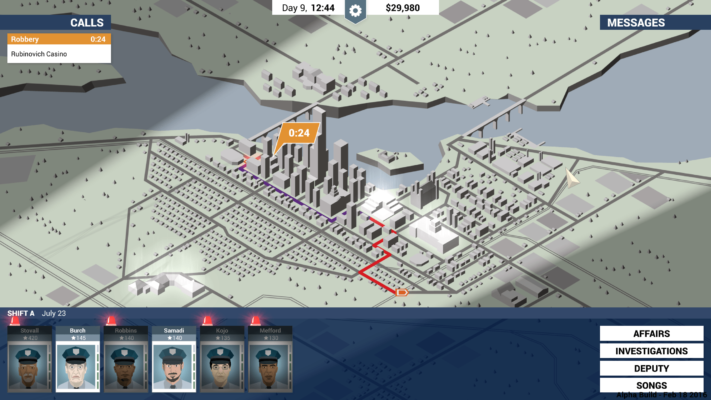 This is the Police puts players in the role of Jack Boyd, a police chief voiced by Jon St. John (AKA the voice of Duke Nukem) who is set to retire in 180 days. His goal is simple: make $500,000 in 180 days by whatever means necessary. Whether Jack ends up utilizing the mafia or rides the straight and narrow path is entirely up to you, but each side poses distinct advantages and disadvantages. Every single day is played out in the map-view seen in the above screenshot, in which various criminal and city activities will appear and require your attention. The catch is that you’ll never have enough time or staff members at your disposal to tackle every objective, so managing your force while sticking to whatever path you, the player, determine is best is the name of the game. Various cutscenes appear after certain days, in which players are presented with morally ambiguous choices, like whether or not to help out an old friend whose family is in danger. These cutscenes, as well as the various activities that you can accomplish in your time out on the streets, present players with the type of morally grey choices that games in general tend to stray away from.

I knew that This is the Police was morally different from pretty much every game that I played when the very first task that appeared on the right side of my screen asked me to fire every black cop on my staff. I was able to make the choice to ignore this message, which allowed me to keep some of my highest performing officers and stop a number of in-progress crimes. However, there is definitely a part of me that wondered what would have happened if I chose to play into City Hall’s blatant racism. Would Jack Boyd be faced with a scenario that he could never recover from later in the campaign? Would it be impossible to make it the full 180 days if Jack was established as a blatant racist who feels his hands are tied by the local government? If this type of insane choice was presented within the first five minutes of this demo, it’s absolutely fascinating to think what later days will entail. 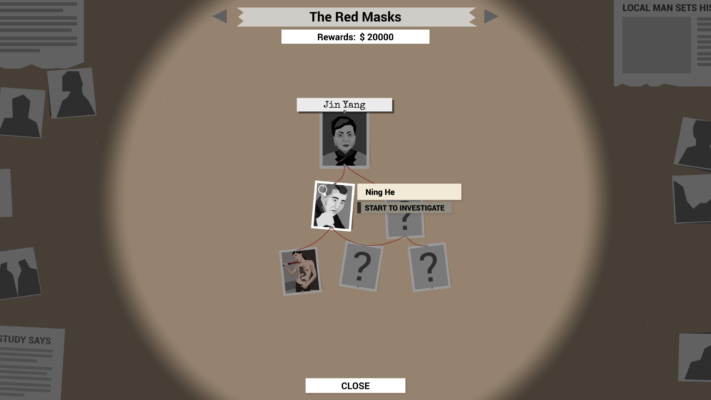 Despite the fact that management simulators aren’t necessarily my cup of tea, it was hard not to be blown away by the risks that Weappy is taking with This is the Police. The fact that my version of Jack Boyd took a strict stand against racism but decided to sell recovered cocaine to the local mafia exemplified the moral dichotomy that This is the Police hopes to create. Whether or not the decisions that appear throughout the full 180 days are as hard hitting as those found in this short demo are anyone’s guess, but if Weappy is able to maintain the type of thrilling discomfort that it created on the show floor, This is the Police could scratch the same vibes as something like, say, Papers, Please. Considering the latter is widely considered to be a modern indie classic, it seems as though This is the Police is on the right track.