It’s been a good year for the Descent-alike.  Overload got successfully Kickstarted, Descent Underground is working its way through early access, Sublevel Zero is officially out and getting regular updates, and now one of the first games to start the Descent revival has had its multiplayer beta released.  Sol Contingency started as an Unreal Engine-fueled tribute to the original Descent, was almost an official series update, then got hit with a Cease & Desist instead.  So the developers ceased and desisted in using the Descent name, redesigned the ships and created all new levels, and kept on working.  The result is Sol Contingency: Proving Grounds, which is a multiplayer preview version that was released last week free to anyone who wants it.

The basics will be familiar to anyone familiar with Descent, the six-degrees of freedom shooter that decided gravity was simply holding level design back from reaching its true potential.  The ship flies through a series of twisty tunnels without any regard to concepts such as “floor” or “ceiling”, seeing as they’re outmoded definitions restricting the function of level boundaries.  Sure, water and lava stick to the ground in the normal way, but a quick half-barrel-roll puts them on the ceiling  and flowing “up” from the player’s perspective while leaving the level every bit as playable as before.  Fly through the levels searching out gun and missile powerups and unloading everything you’ve got on your opponents and maybe you might win, unless the sneaky jerks creep up from behind and do it you first.  Dodging and strafing can happen in any combination of the three planes that make up 3D, and survival means learning how to use this properly. 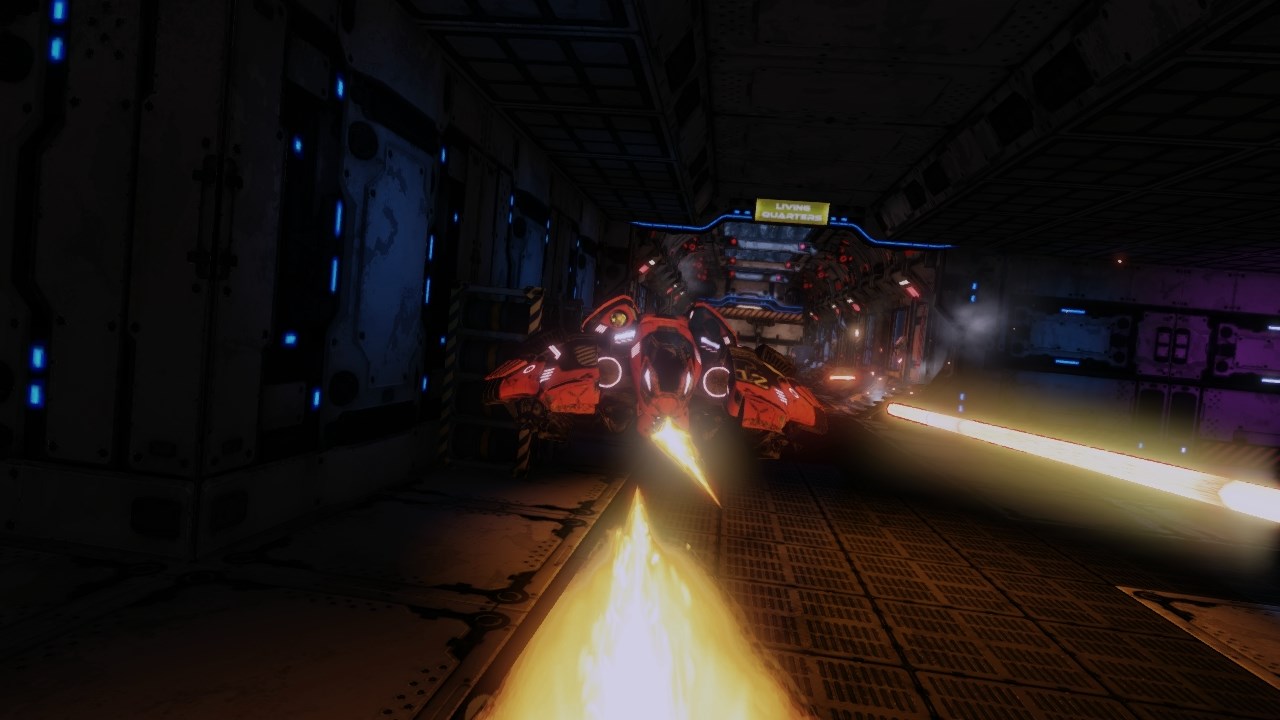 Sol Contingency feels a lot like Descent for obvious reasons, from the blue orbs that fill up health to yellow spheres for power, plus familiar weapon types.  That’s a very good thing, because Descent felt fantastic to fly around in, and even playing on unfamilar hardware in a pre-PAX party made for a good bout of shooting.  Which I almost nearly won.

The single-player was on display as well, and not only that it was running in a DK2 version of the Oculus Rift.  This worked surprisingly well, because much like Eve Valkyrie the cockpit view goes a long way towards taming the disorientation.  I had a few moments of light dizziness when I moved my head while turning and strafing at the same time, but calming down the movement a bit to peer around the cockpit showed nice modeling of the pilot and controls.  The level detailing also lived up to this standard, with little bits of machinery and valves everywhere, plus a very nice effect in the energy tunnels where dozens of tiny little panels all rotate as you pass by.  Sadly, the single-player I got to look at didn’t have a single robot patrolling its hallways, but it’s still a work in progress and has a long way to go.

Sol Contingency in its current state is playing like a nice homage and update to Parallax’s classic shooter, with a great movement feel, nice weapon variety and a whole lot of pretty lighting effects.  I had a little trouble getting lost but learning the ins and outs of a fully 3D construct in a convention setting isn’t optimal, and even if it was one of the hallmarks of the genre is a natural level flow that’s still got plenty of nooks and crannies to get misdirected by.  Head on over to the website and grab the muliplayer beta, because it’s free and pretty and the more people on the servers the more fun the shooting.