Three years ago, if you were to ask anyone in the industry what genres would be potential gold mines for developers, it wouldn’t be long before the word MOBA popped out of their mouth. With the success of Dota 2 and League of Legends, it seemed as though everyone wanted to hop aboard the MOBA gravy train. The thing is, MOBAs are like MMOs in one very specific way: players don’t really play two. For this reason, I was a bit skeptical heading into my hour with the upcoming MOBA Master X Master. Master X Master does, however, have a few things going for it that differentiate it from all of the other options on the market, including Epic Games’ looming potential titan Paragon. The question of whether it’s going to be enough to make NCSoft’s Seoul-developed MOBA a success in the West remains to be answered, though.

Every MOBA on the market has some sort of differentiating factor that can be boiled down into a single phrase. League of Legends is the most popular one. Smite is the MOBA that brought the genre into third-person. Dota 2 is the one that’s actually completely free. Paragon is a legitimate third-person shooter from a heralded shooter studio that also happens be a MOBA. NCSoft has certainly accomplished the task of giving Master X Master a hook, that much is certain. To put it simply: Master X Master is a MOBA that allows you to play with two characters. Granted, this is slightly misleading, as you’re never controlling two characters, known as masters, at the same time (this is certainly not Brothers: A Tale of Two Sons – the MOBA), but there is certainly a lot more to take into account as a result of this gameplay twist. On top of Master X Master‘s main calling card, NCSoft is dubbing its newest title an action-MOBA, as you have full WASD control at all times. Because it sports the standard overhead-view, Master X Master plays more like a twin-stick shooter than a traditional MOBA, and its character-specific attacks almost make it feel like a Housemarque title more than, say, Dota 2. 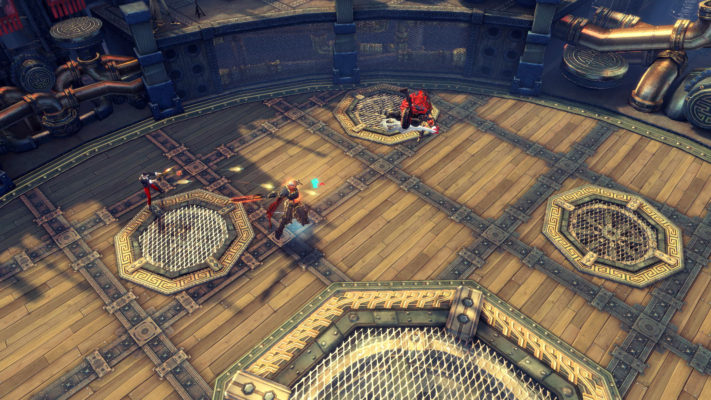 During my time with Master X Master at PAX East this year, I was treated to two different styles of gameplay. The first, a mission-based cooperative campaign, felt more like a fantasy version of Alienation or Dead Nation than it did a mode in a MOBA. Everything from killing hordes of enemies, to destroying objective points to full on boss battles were on display during this twenty minute mission. Despite the fact that it was a joy to play this polished gameplay type, there was a part of me that wondered why it was a part of Master X Master in the first place. Make no mistake, getting more bang for your potential buck (the reason this says potential is because NCSoft has not yet released its business model) is always a good thing, but it was such a great experience that it could have been the basis for its own standalone game. Speaking as someone who simply lacks the time necessary to become competent in a single MOBA, if NCSoft has the potential to make a twin-stick shooter of this caliber, I almost wish that they would do that in addition to Master X Master. Still, the other side of this argument is just as valid, as this mode gives you the ability to dive in and get used to each character (and combination thereof) in a setting other than a simple bot match. The great irony is that what sold me on Master X Master as a new entry in the MOBA space was a mode that actually wasn’t a MOBA at all.

Being able to switch between two characters is both an awesome mechanic and a potential balancing nightmare. It’s important to bring up the latter point, as the fine folks over at NCSoft not only have to worry about balancing every character against one another, but it also has to fear what could happen if certain characters combinations prove to be too powerful. While this certainly is a concern, the optimist in me figures that this idea wouldn’t have made it out of pre-production if NCSoft didn’t feel as though it was doable. Switching between two masters definitely takes some getting used to, but, once mastered, it opens up a wide variety of strategies. By using a ranged master and a melee tank in combination, one could use the former to chip away at a foe before swapping to the latter and finishing them off with a single blow. With thirty masters to form combinations with, it’s hard to imagine that there isn’t a play-style for everyone out there. 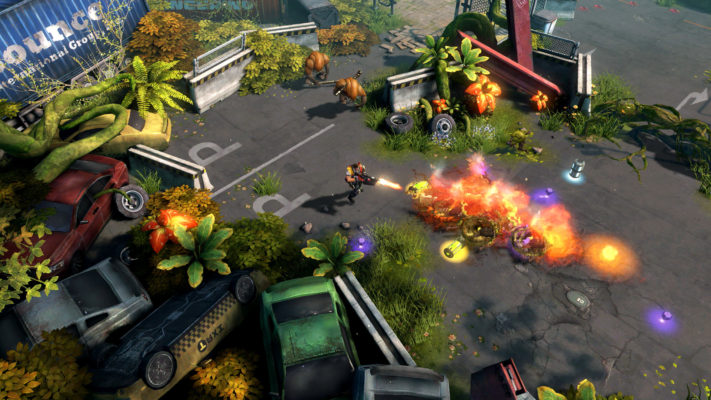 Time will tell whether or not Master X Master ends up being the next successful MOBA in a crowded market. After spending some hands-on time with NCSoft’s upcoming release, it’s safe to say that if it fails, it’s not going to be a result of its gimmick or actual mechanics. Master X Master is a tight, intriguing and competent entry in a genre dominated by League of Legends and Dota 2. The question remains, however, whether or not NCSoft might be a year or so too late to the party, and if it is, that’ll be a legitimate shame.