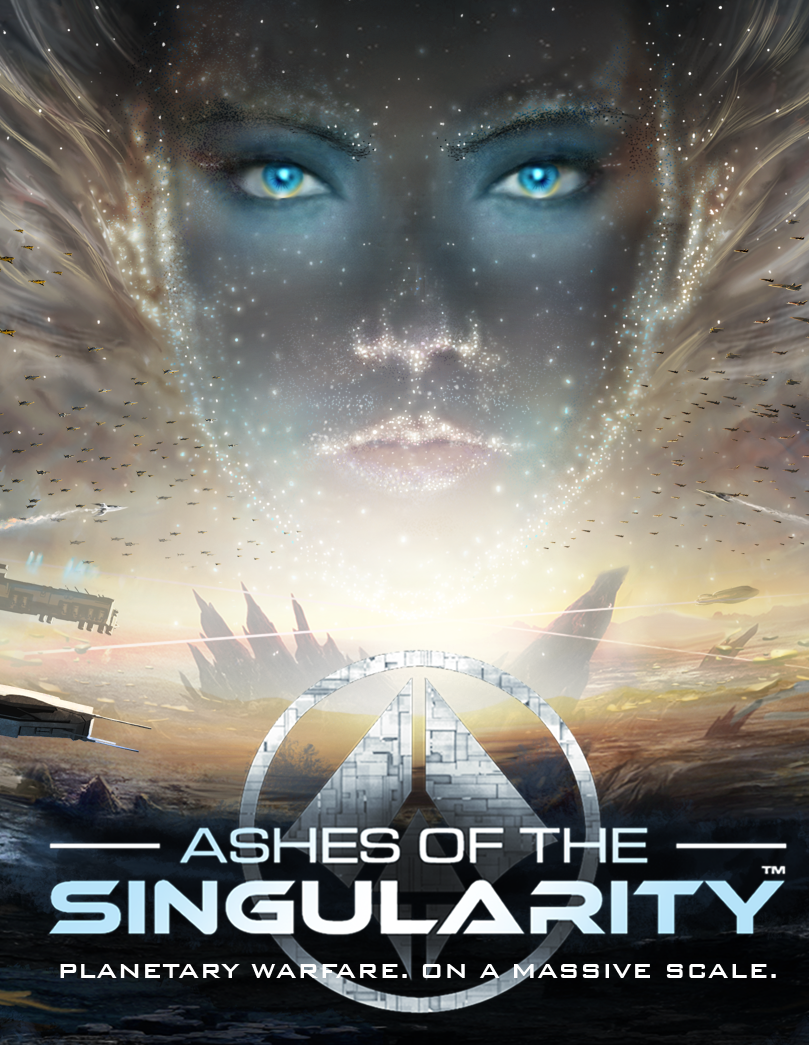 Ashes of the Singularity

Ashes of the Singularity tries to recapture the magic in a bottle that was Supreme Commander, and while it doesn’t completely succeed at doing so, it’s the closest we’ve come in a while. Unlike Planetary Annihilation, which seemed to fail at what it was trying to accomplish (unless there are multiple planets in the system, none if its mechanics made sense), this game is well put together and seems to succeed at what it is trying to accomplish. Developer Stardock and Oxide games, however, made a series of interesting decisions in changing certain mechanics that alters how the gameplay works in a way such that while this game looks exactly like SC, it lacks the core gameplay loop and games proceed very differently.

Ashes of the Singularity has most of the things we’ve come to expect from a Supreme Commander-like: large armies, continuous resource extraction, army formation and so on. It also shares some of SC’s problems, including poor path planning for armies (“how long is it going to take to get these units to figure out of to move through this narrower than usual space…”). The game itself is pretty much SC with the following unfortunate exceptions: it does not have “commander” units — just engineers — there are no sea units and it trades “orbital powers” (general powers) for the giant “experimental” units of SC and other SC-likes, which is frankly kind of a disappointment and an odd choice considering how popular that mechanic is in SC-likes. Giant Spider robots with laser beams on their heads cutting swathes through your enemy’s armies is never a mechanic you should abandon if you’re trying to be a spiritual successor to SC. The inclusion of general powers in any strategy game is desirable, but this mechanic isn’t anywhere near as developed here as it is in a game like Starcraft II where the general powers are interesting, synergistic and allow for a diversity playing styles.

The maps in Ashes are made up of defended nodes rather than resource rich areas. The node system leaves much to be desired as it makes for linear expansion and gameplay. There are always a few different lines of nodes between you and your opponent’s base, but it’s always the same small amount of combat before you capture the point and send in an engineer to build resource extractors while your army moves to the next node. There are also no factory levels. There’s basically just Land Factory 1, 2 and 3 and Air Factory 1, making for much shorter games. SC had multiple combat phases; you’d build an army of tier 1 units, skirmish with your enemy, try to control certain points, maximize the number of resource areas you could defend and prevent your enemy’s expansion. This would repeat as your resource production increased and lower tier units became completely obsolete. After tier 3 you would begin to build super units and super weapons capable of destroying your opponent’s main base and commander. Ashes of the Singularity doesn’t do this at all; you’ll be able to build every possible unit early in the game, you just need to built a force big enough to handle the units defending the nodes and start moving down the node chains/trees. Eventually you might want to build a second and third army to move down other paths in the node chain/tree and converge on your opponent’s base. You’ll start to acquire your orbital powers throughout, but these aren’t game altering and you’ll mostly just use them to aid in the eventual slugging match between you and the enemy AI after all the nodes have been captured. 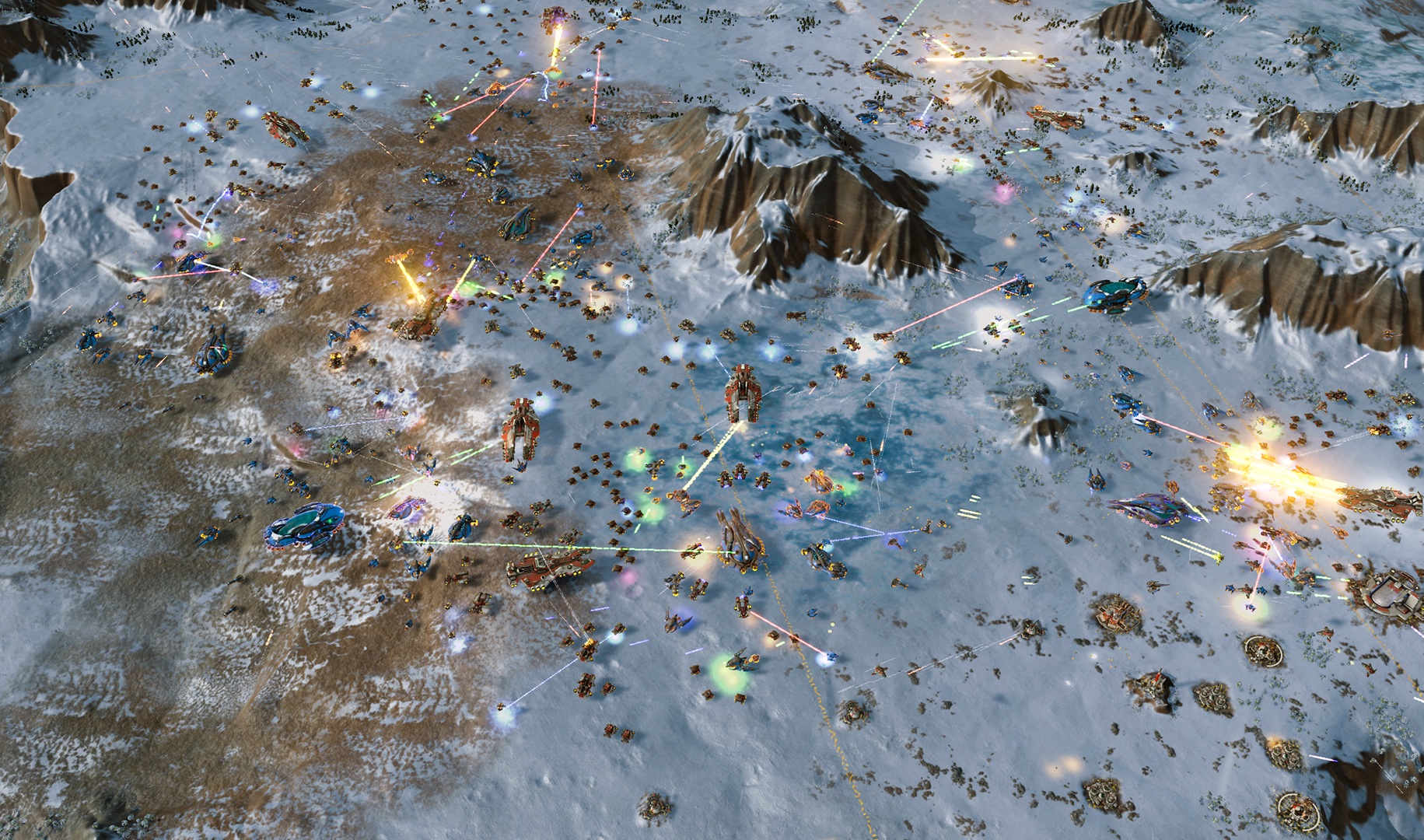 The start of the game always plays out almost completely the same every time. Requiring a factory first limits your ability to try interesting strategies. The defended nodes prevent the sort of skirmishing that was enjoyable in SC. This game also lacks multiple monitor support which was one of the best things about SC. I would use my main monitor for most things and use my second (slightly smaller) monitor to keep an eye on important areas of the battlefield that might require quick decisions or as a large minimap or to watch an awesome part of the battle while I issued commands from an overhead view. I want multiple monitor support in most games, but in an SC-like, especially a game that wants to be its spiritual successor, it’s essential.

This game comes with a campaign which is great and seems to have a good bit of mission variety. I loved the campaign in SC and there’s shades of it here. I haven’t seen one of those “Battlefield Expanded” moments yet, but I’m not all the way through the campaign. It is, however, disappointing that it’s only partially voiced and requires players to read dialogue on screen while they’re trying to manage their forces. Tran-humanist settings are great, and were one of the highlights of SC, but the dialogue doesn’t seem to match the setting. These characters don’t talk or act like beings who live in the ether and go from planet to planet converting them into giant computers. I would also add that although this game has difficultly setting,  I found the challenge even at easy to be quite intense, often forcing me repeat missions many times and solve the mission by making a very specific set of choices. 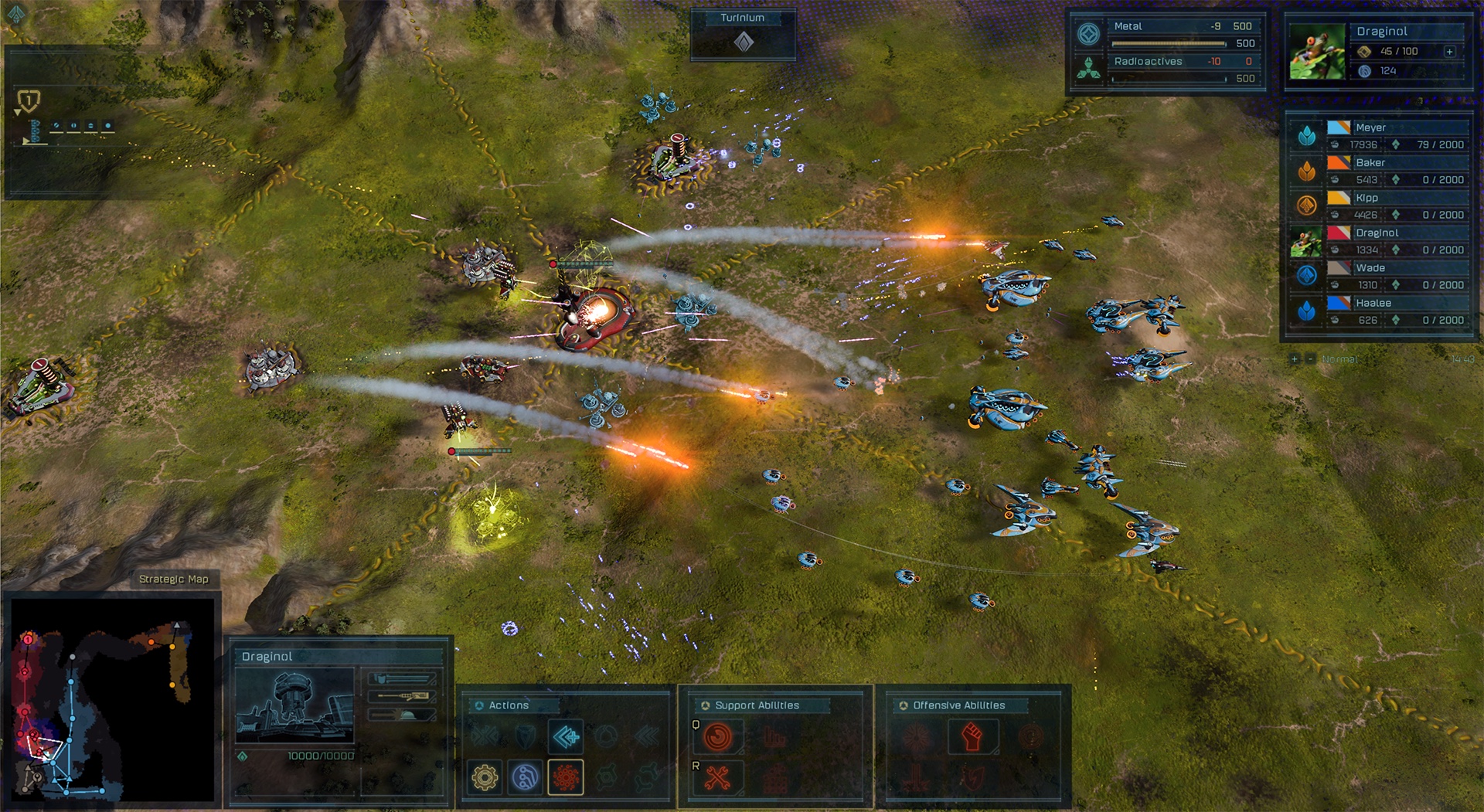 The developers have made a big deal about how advanced the enemy AI and army micro AI is in this game. I was really looking forward to this and they should be commended just for taking the time to focus on this problem. I hate completely scripted enemy AI because it’s easy to beat and kills replayability. Unfortunately, with the node system, it seems like they are bringing the player down to the AI’s level rather than bringing the AI up to the human’s level. I was expecting a much better skirmisher to play chess against me for control of key points like in SC, what I got was moving from node to node, setting up defenses, parrying the occasional counter attack and then one massive battle at the end. I’m the sort of person that hates micro in strategy games. I want to be focusing on strategy, not positioning my individual units. The army micro AI is interesting and busy, moving your units in and out of the danger zone to maximize survivability. That’s great to see, unfortunately, there are lots of times when I wish it would position the units differently and the game doesn’t seem to handle microing very well. I’m often pleading with it to move one of my units two steps to the left and can’t get it to do what I say.

One last thing to say is that Ashes of the Singularity looks great. Everything is high res, busy and the battles have an incredible aesthetic beauty, despite the lack of giant spiders. It’s refreshing that the developers have realized that computers have multiple processors and graphics cards. These extra resources come into play and everything runs amazingly well on my computer. It’s clear from the army micro AI that the game is really thinking and never skips a beat while it does so. 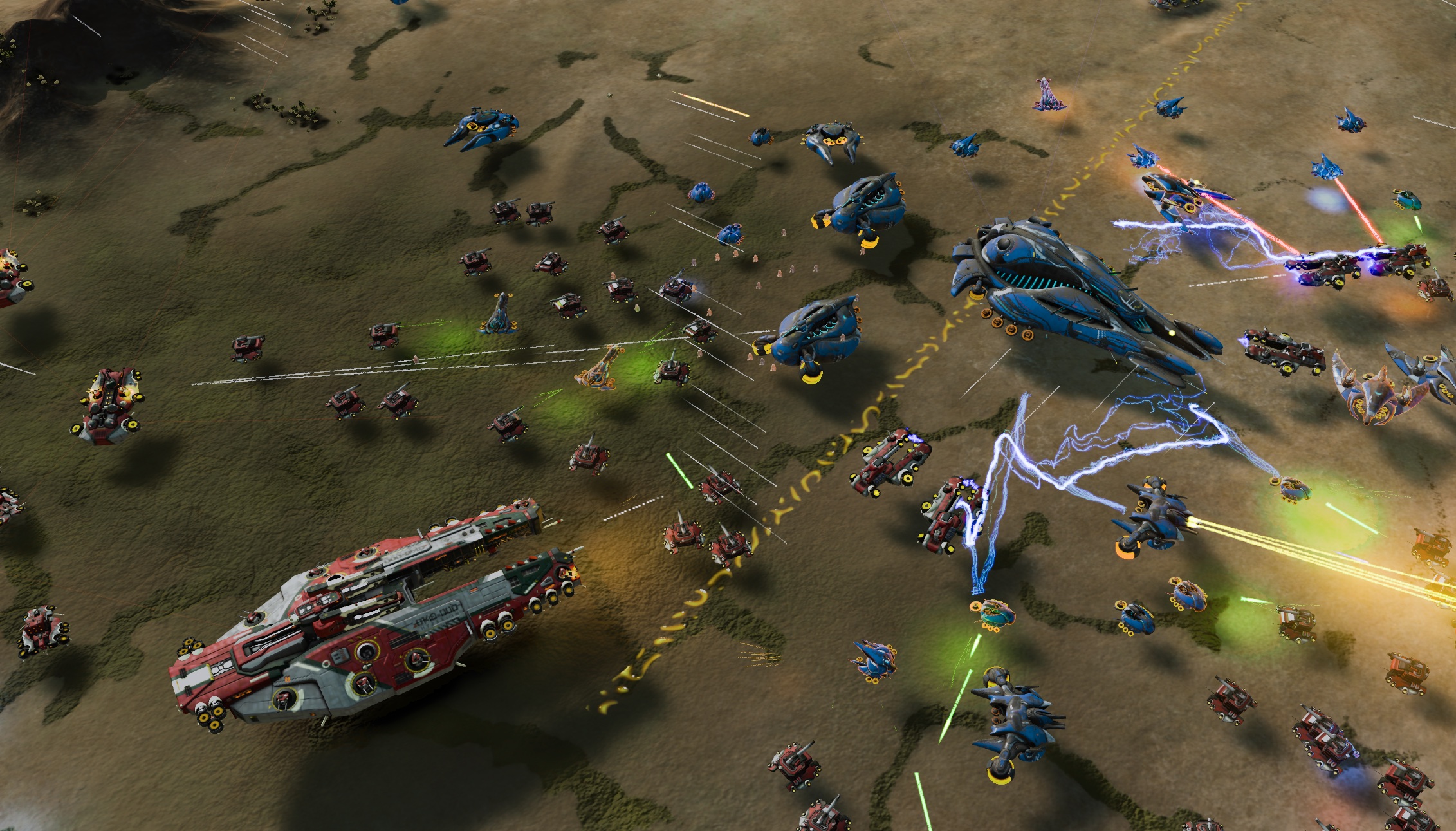 Ashes of the Singularity appears at first glance to be a heavily graphically enhanced carbon copy of Supreme Commander, but functions very differently and honestly feels stripped down. We desperately need more games in this sub-genre and I commend the developers for taking on this challenge and building a game that runs so well. Unfortunately for something that looks and feels so much like SC, Ashes of the Singularity lacks the gameplay that made SC what it is. The choice of the node system is regrettable and without super units and super weapons, the end game doesn’t have the same sort of pop and excitement that it should.