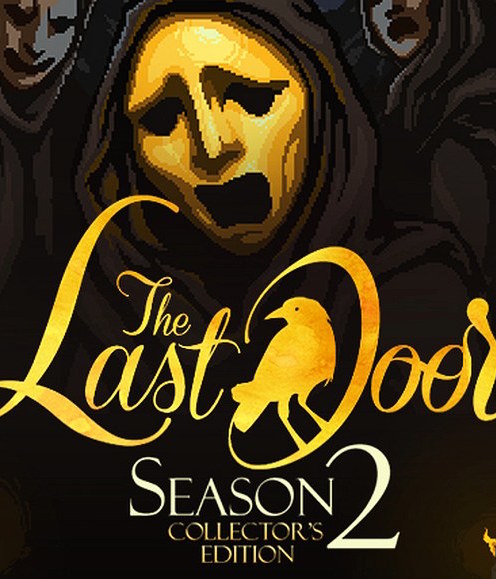 There was a touch of genius in the way The Game Kitchen chose to round off the first season of their Lovecraftian episodic adventure series. Prompted by a desperate letter from an old friend, Jonathan Devitt’s investigation concludes by meeting another – this one from a dark, long-forgotten past involving secret student societies and ill-advised forays into the occult – and joining him in an attempt to travel beyond the veil of commonly perceived reality. As they cross over to the other side, it becomes explicitly obvious that, whatever dimension of transcendent awareness or indescribable horror they’ve made it to, Devitt would no longer be the sequel’s main character.

True enough, we start the second season of The Last Door as Dr. John Wakefield, Jonathan’s psychiatrist, searching for our missing ward. The brilliance of this simple protagonist switch lies in the fact that it completely removes one of the most problematic, yet enduring, tropes of narrative games, as well as the tedium it inevitably produces: the guarantee of a hero’s survival. Changing player characters makes Wakefield feel alarmingly expendable, an impression that serves to ramp up the tension in an already powerful story. The Game Kitchen seems perfectly aware of this and is keen to reinforce our fears by foregrounding the role of our colleague and companion Dr. Johann Kaufmann (could he replace Wakefield at some point?) and by offering short playable sequences, usually as chapter preludes, where we control a host of other, secondary, characters.

Not that the series lacks suspense anyway. The opening of the second season is a scorcher, as we briefly take the role of an unidentified woman barricading herself inside an empty house besieged by unknown forces, before we meet our new protagonist at the gates of East Hill Asylum where he begins his search for Devitt. Wakefield’s journeys to uncover the nature of an enigmatic group called “The Playwright” will take him to abandoned monasteries, misty shores, decadent opium dens, and other, even stranger destinations, brought to life as much by the evocative pixel art as by a commendable attention to historical detail. 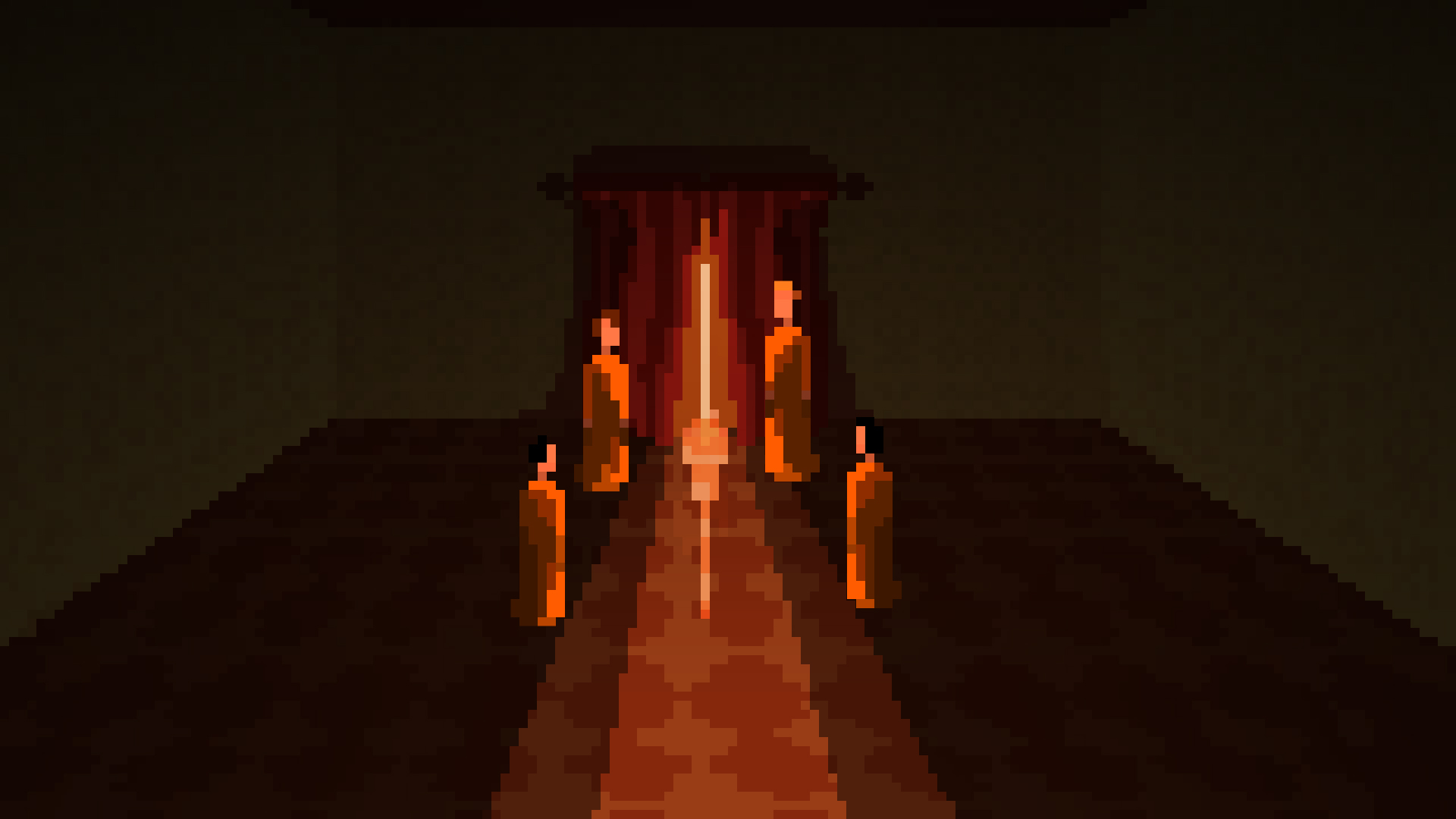 Descriptions and dialogues reveal an impressive range of references on 19th century life and culture, from the growth of English county asylums to specific battles of the First Boer War, wisely presented in bits and pieces rather than swamping the player with information. In fact, even in terms of its inspiration, the game seems less indebted to Lovecraft’s work than to a lesser-known 1895 book by Robert W. Chambers, The King in Yellow.

There are arguably two reasons for playing point and click games, the puzzles and the narrative. With regard to the former, The Last Door is far from an unequivocal success. Though there are a couple of original ideas in there (including a homage to the famous time-based grog sequence from The Secret of Monkey Island), most of the solutions to its inventory-based conundrums tend to be either immediately obvious or disappointingly obscure. The inclusion of mazes, another inexplicably long-standing genre tradition, is not particularly helpful either, though these do provide the opportunity for a couple of optional revelations (and corresponding achievements) adding a measure of extra depth to the experience. 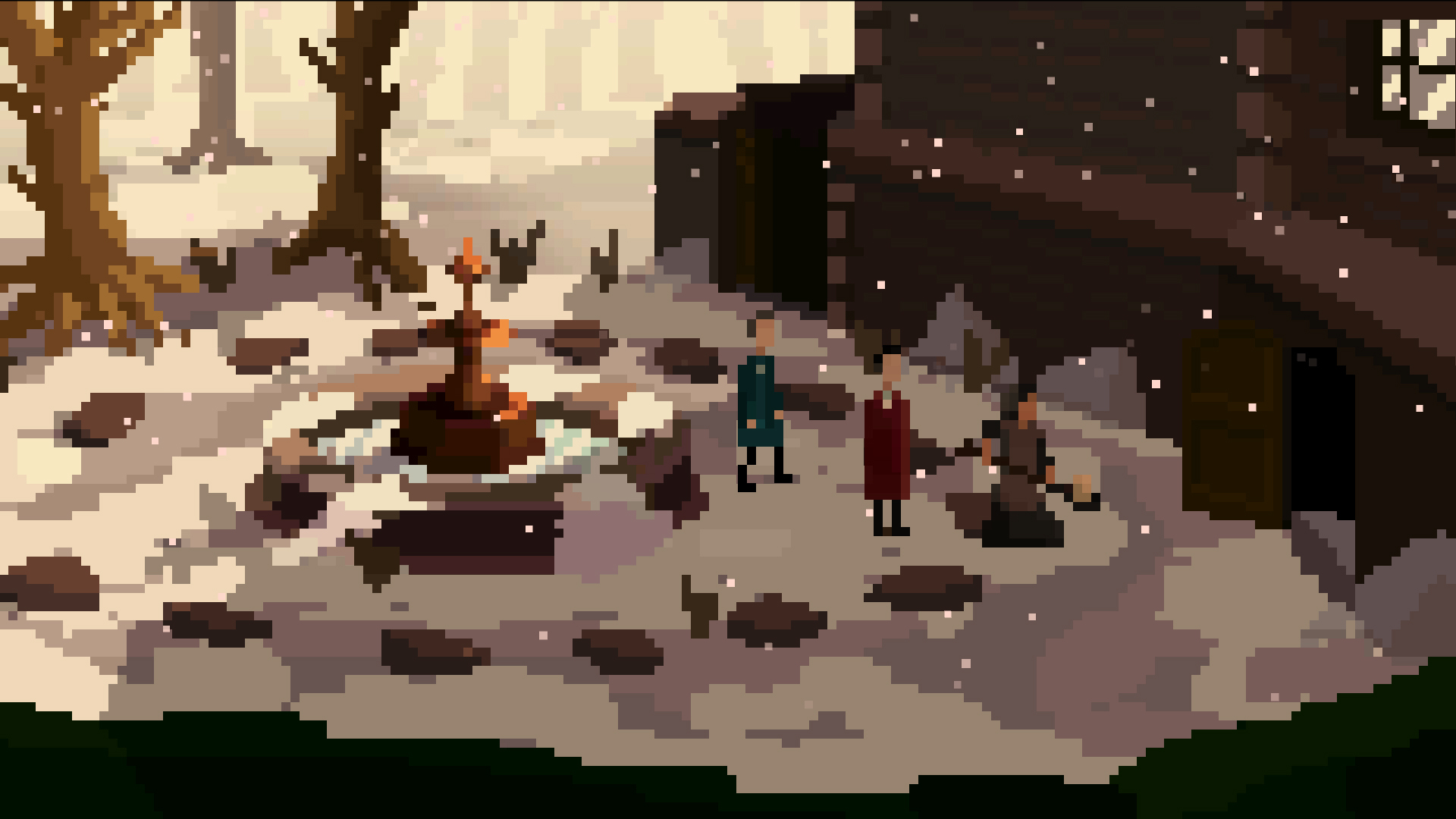 On the narrative level, however, The Game Kitchen’s effort is nothing short of magnificent, slowly building a complex story of occult exploration turned into hubris, its effects spreading like a virus beyond the small student circle of the first season, that is as compelling as it is eerily atmospheric. The developers make a mockery out of their budget limitations by using every trick in the book to create an exceptionally cinematic adventure, even while presenting it in the lowest possible resolution. Flashbacks, cross-cutting between subplots, clever use of lighting to foreground or conceal aspects of the environment, foreshadowing, cliffhangers, all combine with the aforementioned insecurity about the safety of our current protagonist to fill the brisk length of each episode with moments of almost unbearable tension.

The use of off-screen diegetic sound is especially ingenious: the climax of a multi-part puzzle set inside an aviary that has suddenly gone silent produces one of the most chilling moments in the last few years of gaming, while the thuds and bumps that come from adjacent rooms never fail to stop you in your tracks – this is not a safe game to play with headphones on. The Last Door: Season 2 is a masterclass in audio-based storytelling and the amount of information delivered via your ears alone is astonishing, as exemplified by the striking, sound-only post-credit sequence of the last episode. Carlos Viola’s music is equally accomplished and has a lovely tendency to burst out without any warning or contextual cues, adding to the cinematic nature of the experience. 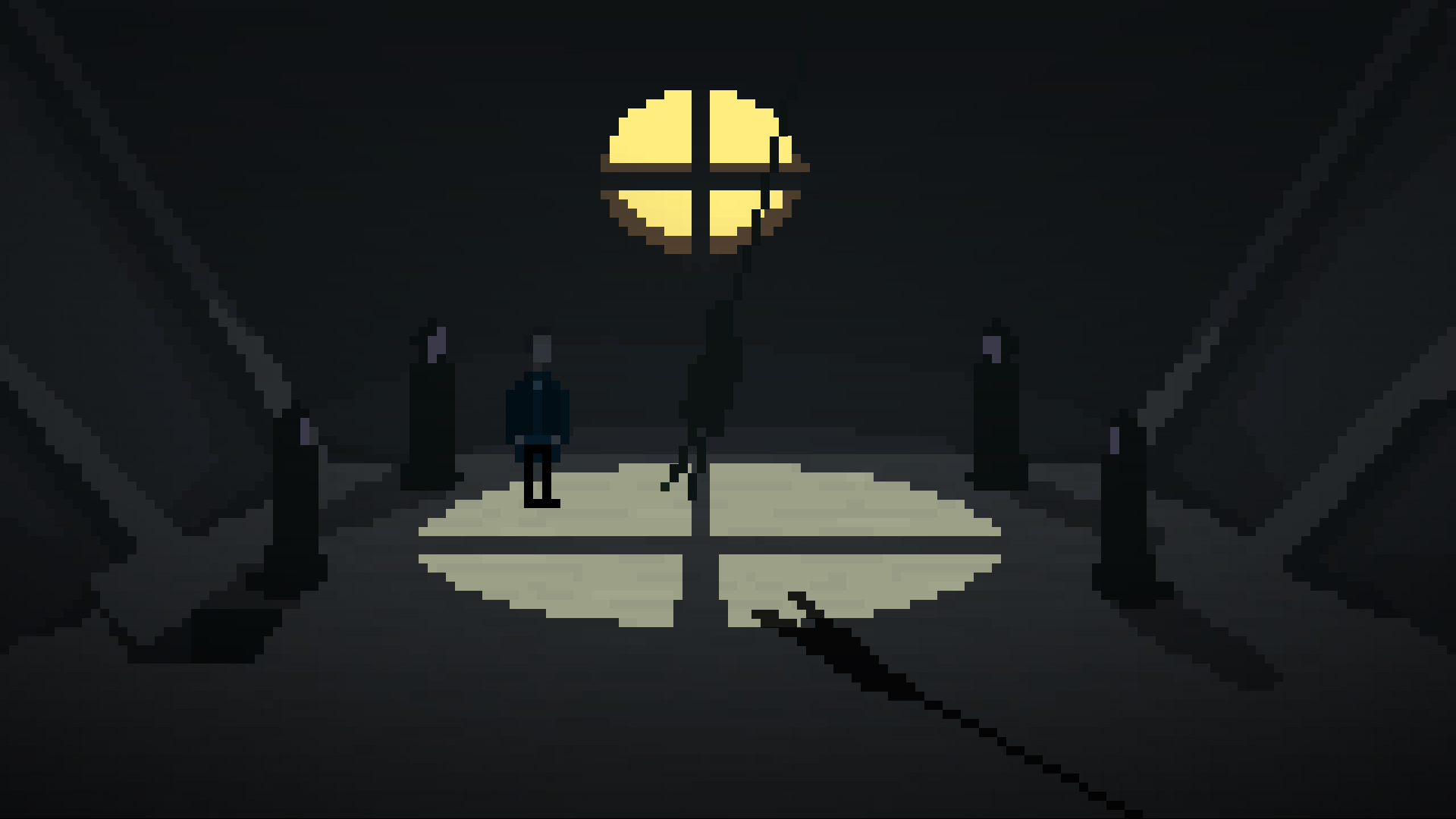 Suggesting that a game developer should consider transitioning to film is usually regarded as a derogatory remark, but in the case of The Game Kitchen it should be taken as high praise. The Last Door: Season 2 grips you on the strength of a complex, involving story that is perfectly complemented by an array of cinematic techniques. Its puzzles may be a bit lackluster but you’ll be too busy unraveling its dark secrets and conspiracies, worrying whether your character will survive the episode and terrified by the sudden sounds coming from next door to notice. Whether as feature film, TV series or episodic game, it matters little: bring on Season 3.