While displaying a game at a major convention can often be great for independent games, this isn’t always the case. While the vast majority of games I spent time with at PAX East 2016 seemed to deliver on their promise, there was one title that left me scratching my head. Before diving into exactly why Deliver Us the Moon, the extraterrestrial title from KeokeN Interactive, left me underwhelmed, there is one important point that must be addressed.

While show floor demos can give insight into what a game will become, they are not a direct indication of release day quality. Wolfenstein: The New Order, for example, is infamous for demoing poorly, and MachineGames’ alternate history title is widely regarded as perhaps the best single-player first-person shooter of the generation. As it turned out, Bethesda and MachineGames ended up demoing the first portion of the campaign, which is generally regarded as the worst portion of the future-Nazi reboot. It’s not unprecedented to play an underwhelming demo for a game that turns out to be fantastic, but it should also be noted that this tends to me closer to an exception than a rule. After all, previews wouldn’t exist if the exact opposite result occurs when the official launch hits. 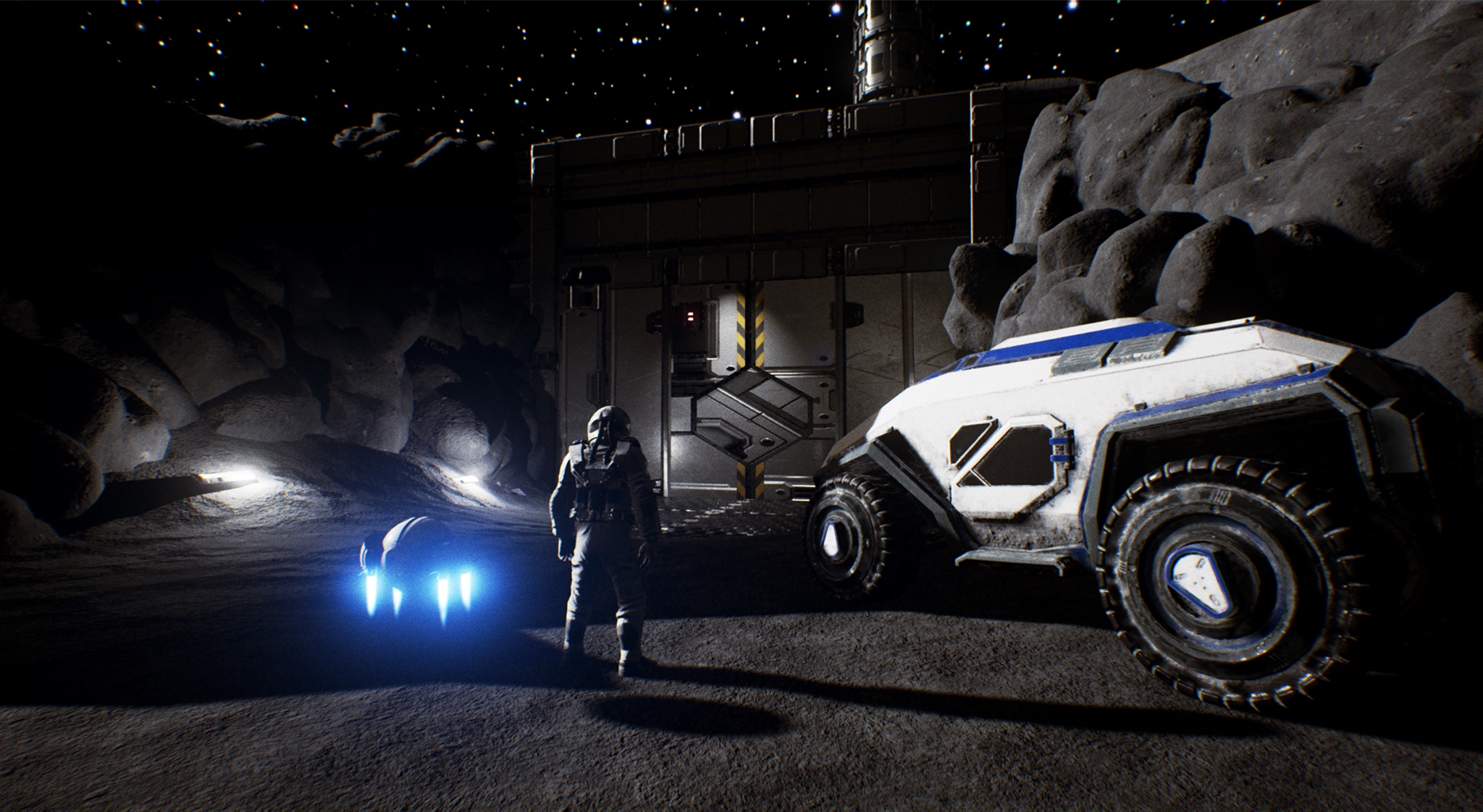 Deliver Us the Moon might turn out to be the immersive space story that so many of us were hoping that Adr1ft would be. For the sake of the development team and everyone who ends up playing it when it launches on Steam Early Access this Summer (most likely), I hope this is the case. However, KeokeN Interactive definitely has a lot of work to do before charging money seems feasible. The pre-alpha demo that I got my hands on ran for about fifteen minutes, though the developers noted that I was one of the faster players that had come to their both that day. Essentially, Deliver Us the Moon tells the story of an astronaut secretly wandering through a space station, as well as the Moon, in search of resources that will secure the future of mankind. Because of a general dearth of resources on Earth, humanity, and the planet as a whole, are facing the end of time. An organization known as the World Space Association, which is made up of a number of countries who have attempted to put their differences aside, is attempting to locate the resources needed to save Earth from utter doom. Despite this shared goal, bickering inevitably occurs, which puts any hope for survival at risk. The thing is, this basic premise had to be explained to me, as the demo at PAX East wasn’t far along enough to give me these details naturally.

At PAX East, Deliver Us the Moon felt like a title that should have waited until, say, PAX West (not typing PAX Prime still feels super weird) to appear on a consumer-facing show floor. A great deal of the puzzles weren’t really in place, with the lone exceptions being a sequence where I needed to place a robot on a podium and activate three buttons and an elevator-launching sequence that abruptly ended as a result of a game-breaking bug. It’s important to note that I didn’t get to experience the very end of the demo as a result of this bug, but there wasn’t much more afterwards, according to KeokeN. As a result of the lack of puzzles, my time was spent wandering around a space station without any real context (outside of what was presented to me by the developers). On the surface, Deliver Us the Moon was definitely one of the better looking 3D indies on the show floor, though the sub-thirty frames-per-second framerate definitely sullied the experience. The folks at the KeokeN booth did note that this was still just a tech demo, but it begs the question: why bring a tech demo to a show like PAX East? 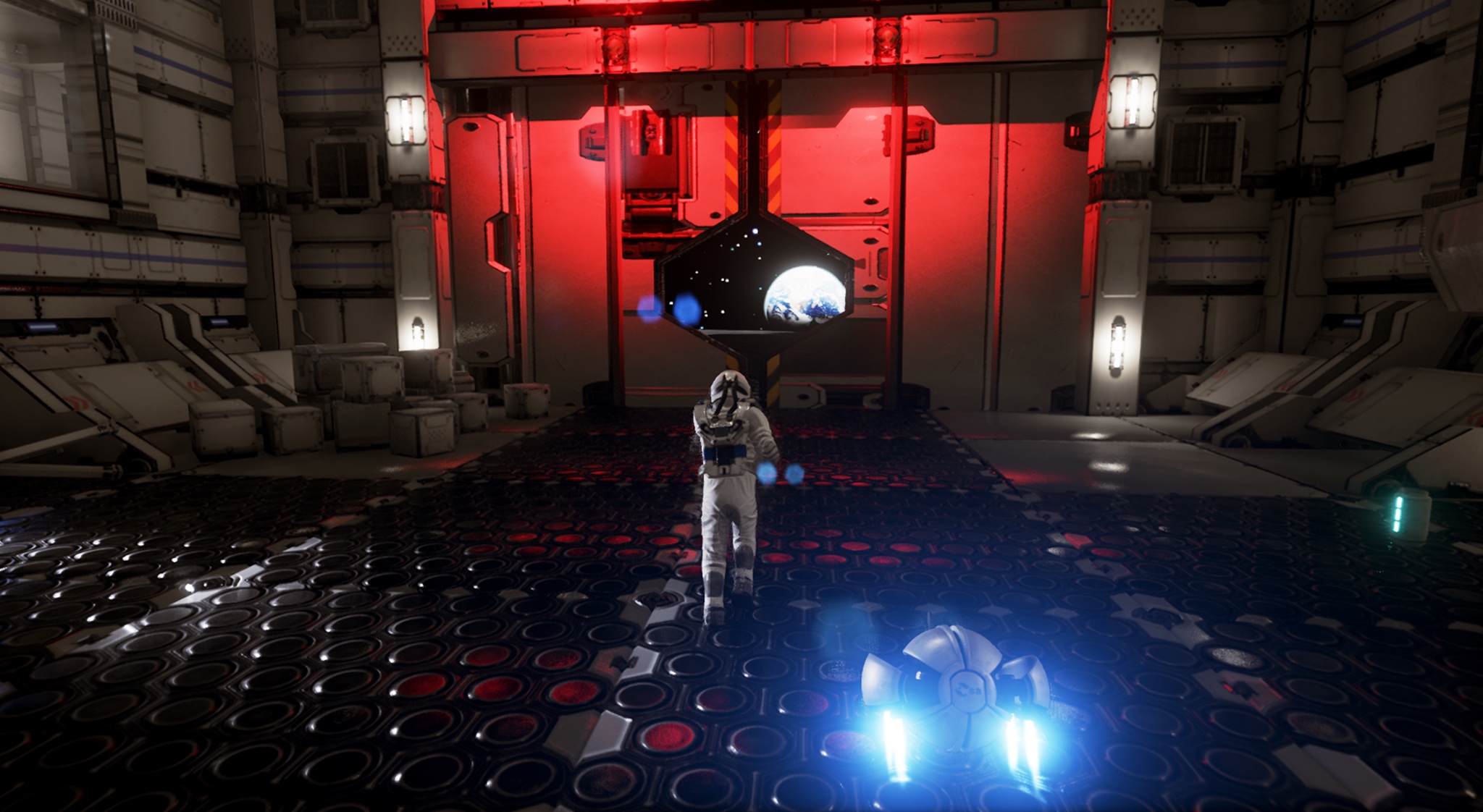 Though my experience with Deliver Us the Moon was equal parts confusing and disappointing, the astronaut exploration title still does sport a bit of promise. There is something mysterious about the space station that the player character is roaming around, though it’s unclear whether or not this mystery is simply a result of a lack of content. KeokeN Interactive did eclipse its Kickstarter goal, so there is enough interest in Deliver Us the Moon to warrant its production, which means there’s enough interest there to warrant some level of anticipation. If this is the state that the Early Access version ends up being in when it launches later this year, however, it’s safe to say that waiting until the full 1.0 release would be the best course of action for anyone with even a passing interest here.