With recent blockbuster hit of Batman v Superman: Dawn of Justice all wrapped up and all the Justice League sequels on their way, Square Enix has revealed their latest Play Arts -Kai- figure. This special stoic edition of the Caped Crusader depicts Batman in a greyscale coloring.

Batman comes completely covered in his battle-worn Batsuit featuring intricate scratch and gashes in his uniform. His utility belt is molded to the waist along with his famed cowl to hide his identity. His cape appears to be billowing in the air and comes with incredibly detailed folds and wrinkles. There are articulated joints built-in to the elbows and knees to place him in action-packed poses. There are also detachable hands which can be swapped out for various different grips. You even receive three of Batman’s weapons to take down any villains.

It will be exclusively shown off at San Diego Comic Con but you can preorder it now. There have only been 1,000 figures produced and this is your chance to order one before they are gone. This monochromatic Batman is the latest to enter Square Enix’s Play Arts line and is sure to be a hit especially after his big screen appearance. 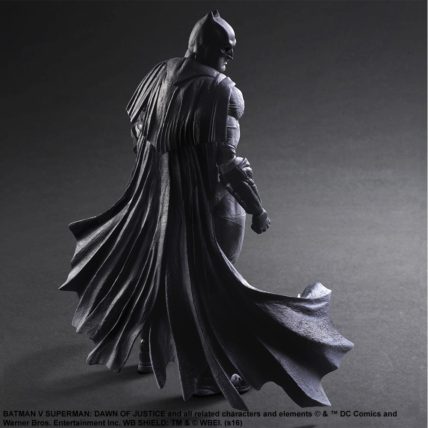 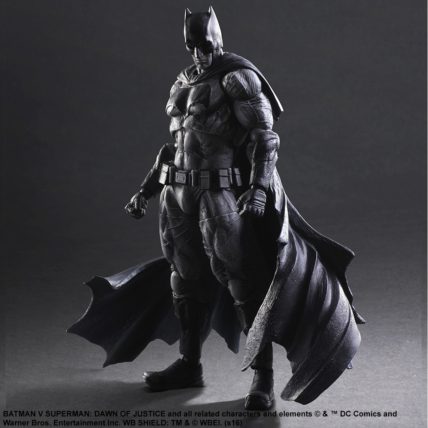 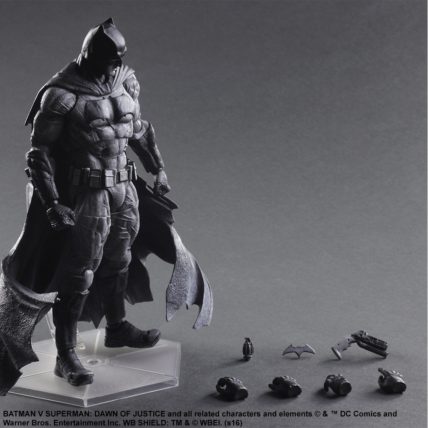 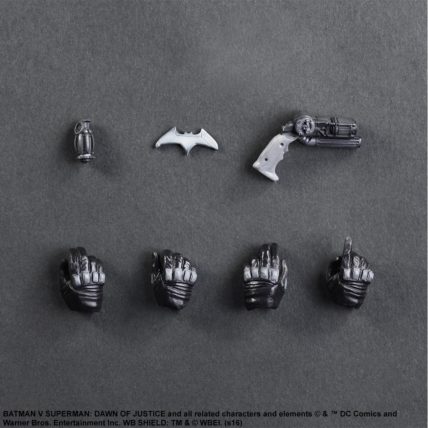