To say that the app market is saturated with platforming puzzle games is an understatement. After all it seems like one of the easiest ways to make a quick buck, so when you put something out and your first intention isn’t to score big on ads, your creativity and originality are going to have to come up big. Ignatius has that. It’s a game with a good story, theme and mechanics that are simple for the platform. 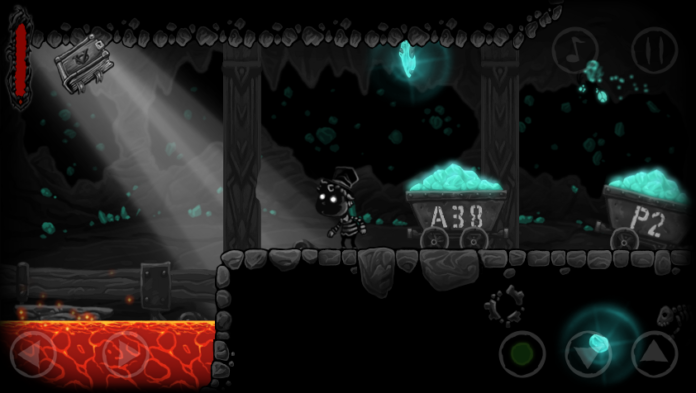 In Ignatius you play as a young boy whose life is monotonous, but during one night on your walk home you happen across a theater director. Vigo is his name and he whisks the character away into a (mostly) black and white film world. Here you’re forced to traverse odd worlds, obstacles, complete puzzles and defeat bosses to make your way back.

Ignatius, for its simple style, is a wonderfully looking game. While backgrounds rarely change, the foreground elements look great, visually similar to Limbo. The biggest difference between these games aesthetically is when color is introduced in Ignatius. Color really makes the game feel alive and adds a whole new feel to it. Mixing that with its classic film look in other levels is great. 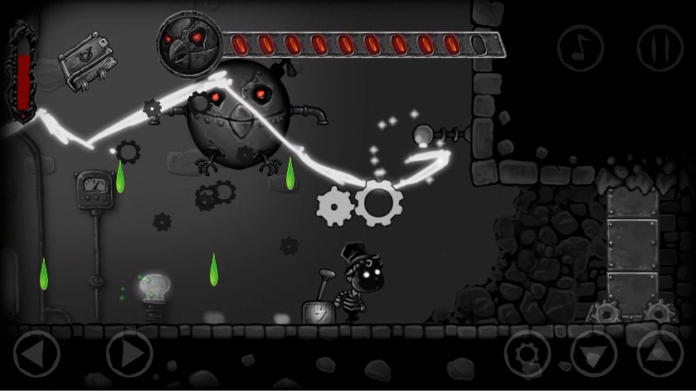 Mechanically Ignatius is a cinch due to the fact that there are only four buttons you’ll be using. You can move forward, backwards, jump and interact. You can also drop down from areas, but that’s never really necessary as you could also just walk forward, but to each their own. You’ll use these commands to run across the worlds you’re in and complete all the tasks assigned.

Whether it’s collecting the film rolls, jumping over obstacles, or interacting with puzzles, you shouldn’t have a problem mechanically. It all runs extremely smooth. The only hang up the game presents is avoiding enemies. At times it seems like the game’s hit boxes are a little off, but that shouldn’t cause you too much heartache as it’s rarely a problem. You’re never being flooded with projectiles or needing to make tight movements. It’s not that kind of platformer.

All in all Ignatius is an aesthetically pleasing and competent platformer. If you’re looking for something new on your phone, it’s worth a shot. You can download it here for Android.