Up until I got my hands on Total War: Warhammer, which is set to release later this month, my only thoughts surrounding SEGA’s fantasy war simulator was that its name was a total missed opportunity. It’s a joke that has been made a million times before, but considering I’m a total shill for puns, I’m going to throw it out there one more time. This game should have been titled Total Warhammer, and it’s a damn shame that SEGA felt as though both the Total War franchise and the Warhammer license had to be represented at the expense of word-flow. In fact, if it wouldn’t completely confuse you, the reader, I’d refer to this promising title as Total Warhammer for the remainder of this article, but I digress.

With that awkward miniature rant out of the way, it’s worth noting that before spending thirty minutes messing around with Total War: Warhammer, I had absolutely no history with the real-time tactics franchise. The Total War games have always felt equal parts inaccessible and slightly too nerdy for my tastes, but I’ve always had a great deal of respect for the unparalleled depth and, recently, the launch-day polish of this franchise. However, as a total newcomer to Total War, this gave me unique insight into whether or not Total War: Warhammer is a franchise entry that will allow new players to break in. After all, this franchise feels emblematic of the age-old problem of balancing accessibility with depth that can last hundreds of hours. Think about it: if Total War is completely inaccessible to new players, then its audience will continue to dwindle with each entry as players get sick of the series. While this particular entry in the franchise maintains all of the overwhelming depth that makes Total War what it is, it didn’t feel completely impossible for a new player to pick up and experience success. 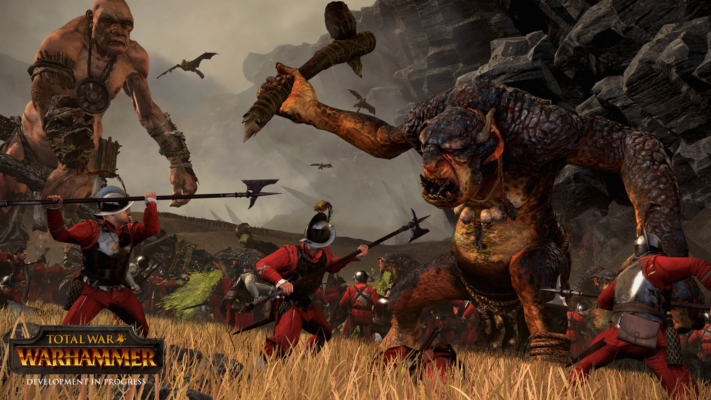 Aside from the fact that attempting to play a Total War game for the first time without first looking at the keybindings is a terrible idea, I was pleasantly surprised by how simple it was to hop into a match of Total War: Warhammer. The folks at Creative Assembly essentially made a title that can be as big or as small as you would like it, with only the basic mechanics being totally required. Unlike past Total War games, Warhammer is not based off of a historical setting (sorry to break it to you if you believe in orcs), which allows for a bit of mechanical experimentation. Setting up your units and directing them in battle is going to function quite similarly to all titles in the franchise, but now your units can utilize magical abilities. For instance, directing your various unit factions over to a massive group of enemies can be far more successful if you utilize your hero to throw an area of effect spell right before the moment of engagement. As a new player, I found that pulling out the screen to the tactical view was far simpler than attempting to organize units from the standard top-down view, though it was pretty tough to avoid watching all of the insane engagements from ground-level.

Despite not having any experience with the previous titles, I was instantly impressed with how Total War: Warhammer essentially forces its established players to relearn basic strategies. Because Warhammer inherently involves fantastical elements and is entirely based in fiction, you’re not going to be able to use the same basic trappings of previous entries. This also allows the team at Creative Assembly to have far more creative freedom in designing unit behavior and the narrative as a whole. When you design a game based in reality, you’re obviously going to have to stay within those confines. Cavalry has to act like standard cavalry and infantry has to behave like infantry would. Now that beasts and magic are involved, it’s going to be pretty impossible to succeed without changing how you look at every situation on the screen. 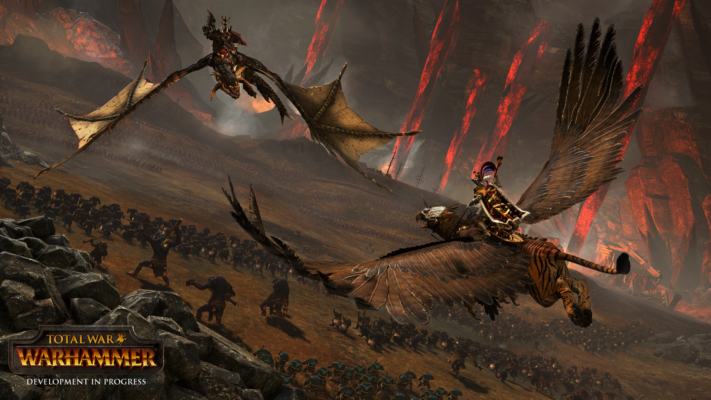 Despite the fact that I was able to pick up Total War: Warhammer far easier than I imagined I would, it still faces a real accessibility issue. Considering that it comes out this month, which has somehow turned into a month loaded with major releases, it’s going to be tough to draw new players away from exciting titles like Overwatch and Homefront: The Revolution. Of course, the audiences for these titles don’t necessarily directly cross over with the audience for Total War: Warhammer, but for this franchise to be bigger than ever, new players are going to have to stray away from more traditional PC experiences. It helps that Total War: Warhammer is extremely polished and runs like a dream, but whether or not the leap to a fantastical setting is going to make Total War bigger than ever remains to be seen. Still, one thing is certain: this is likely the Total War game that longtime fans of the franchise have been dreaming of.