So Severed came out last week, and as our review has noted, not only is it easily one of the year’s best PS Vita games, but also quite possibly one of the best touchscreen games ever. Indeed, I’ve been addicted to it for quite a while now, having just made it past the second boss after a particularly lengthy battle. Long story short, the twist is that after a brief period where you fend off the boss’ tentacle-like limbs and get a chance to damage it with a few charged swings of your sword, it summons up to three creatures with various buffs.

These monsters will have either heath regeneration, increased damage, increased defense, or faster movement, and not only do you have to deal with three at once, but the boss will later show up to begin absorbing them one at a time, leaving you with only a short period to finish them off before the giant monstrosity you’re facing gains the previously-mentioned buffs for the next round, giving you a bigger threat to deal with one way or another. So you have to manage fending off three enemies at once while prioritizing which ones to weaken just in time, risking damage as you find yourself suddenly having to focus on whatever enemy the boss is interested in. 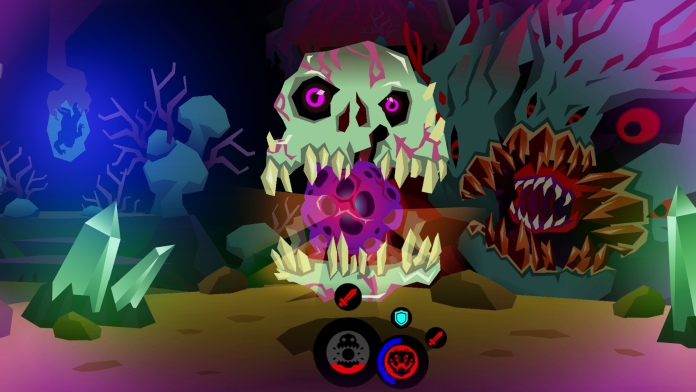 It is chaos. Or it seems like it, at least. Underneath the fury of Fruit Ninja-style swipes is a game that causes you adapt quickly and think of new strategies with each encounter, and that’s why it has what may be the most enjoyable and unique combat you’ll experience this year.

Of course, we’re only one third of the way into this year, and I obviously haven’t played every other game that boasts superb combat as well. But there’s something about Severed that suggests we may have the peak right here. The second you approach those flickering black-and-white flames in a maze-like corridor, your foes seemingly teleport in one-by-one before the brawl begins, giving you a few seconds to analyze them all, recalling their patterns and weak spots in just enough time before the bloody ballet begins. And this isn’t even counting how you have to manage your focus, making sure you get enough hits in to max things out in order to sever your foes in the end to gain their parts for upgrades.

But it isn’t just strategy along that makes the combat in Severed brilliant, oh no. What makes it particularly brilliant is how intense first-person swordplay such as this is only doable on a touchscreen.

Well, I suppose I shouldn’t say “only” doable, since I have a ton of faith in Drinkbox, and they are definitely skilled enough to port the game to another platform (though the game is better off as a Vita exclusive, contributing towards helping build a bigger identity for the handheld, but that’s another opinion entirely). But the way Severed runs so smoothly on the Vita reminds me of another handheld game from last year that was ported over to the PC, Red Game Without a Great Name…and namely how smoothly it wasn’t. 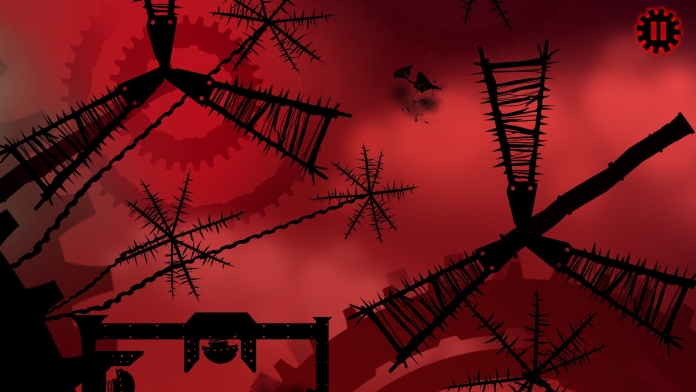 See, you may look at Severed and think “Psssh, well it looks that game would work just as fine with a mouse and keyboard!” And after experiencing Red Game Without a Great Name, I’m here to tell you no, it wouldn’t. See, one thing I learned with a mobile-to-PC port such as Red Game and the many cheap deaths and awkward controls I came across in it is that there is a huge, huge difference between “tap and swipe” and “move cursor, then click and swipe.” It sounds odd, yes, but those extra split-seconds make all the difference in a game that relies on and rewards timing and quick thinking. Severed’s combat is just right as is, providing enough of a fair challenge, and any change to it may tip the balance away from its favor. And of course, there’s always the fact that using an appendage or a stylus makes all of the slashing just a bit more immersive…there’s just something too enjoyable about it.

And for one last thought, the actual monsters you battle in combat are incredibly well-designed and a visual highlight as well. The foes you fight may be misshapen monstrosities, but a colorful touch and a unique art style with hints of ancient Mexico and Central American influence makes them particularly stand out, like a cross between Dark Souls and El Tigre. My personal favorite is a one-armed purple beast whose limb you can chop off in combat, leaving it helpless on the ground as it slowly has its tendrils crawl towards the detached arm, trying to get back up. It’s almost sad to watch, honestly (of course, the fact that it was trying to kill you earlier helps things). 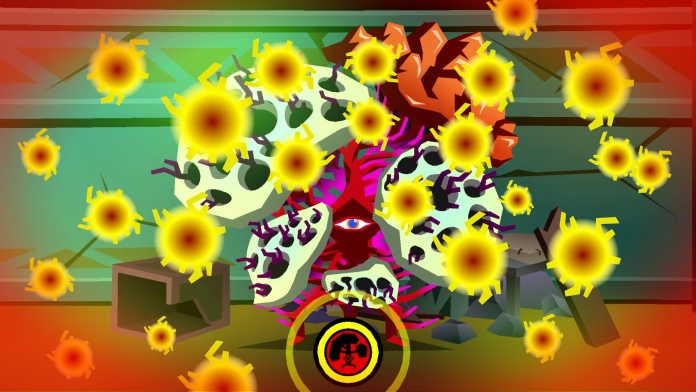 But the point here is that rock-solid combat means nothing if the enemies you fight aren’t a unique bunch, which is why I tend to avoid other dungeon crawlers and RPGs with more standard medieval themes. Discovering a fresh enemy in Severed is always fun, seeing how the new vibrant beast behaves and figuring out where the weak point on it is located, which the style nicely highlights but the combat makes challenging to actually get to.

So between the perfect blend of frantic gameplay and strategic thinking, a perfect and exciting use of touchscreen controls, and a vibrant and creative menagerie to fight against, I am already casting my vote for Severed as having the best combat of 2016. Maybe not the best game overall (we’ll see when December 31 rolls around), but it is indeed a gold standard in action that all other handheld games — or games in general, even — should be taking lessons from.