With a prevalent Nordic theme, Niffelheim begins with the death of a warrior. As he journeys in his funeral ship towards Asgard, the warrior’s trip is interrupted and he is abducted by demons for reasons yet unknown. This abduction results in the warrior entering the world of Niffelheim, “a harsh land of ancient spirits,” to seek his fate. If we are honest, the premise is all fairly vague without being ‘bad’. To compound the issue, the introduction explaining the otherwise adequate lore is rendered somewhat silly as it is narrated by an extremely corny voice over.

After the cringy introduction has concluded, the player’s character emerges at the front of his dwelling in one of the game’s four possible starting areas. The map shows these starting areas as positioned around a central mountain range which is protecting a very ominous Mordor-ish looking town. At this early stage the starting areas, despite having very different descriptions, are all identical in appearance, topography and enemy composition; their only discernible difference being the alpha enemies at the end of the map. Although incomplete, these placeholders can at the very least give players an idea as to the scope of the finished game. 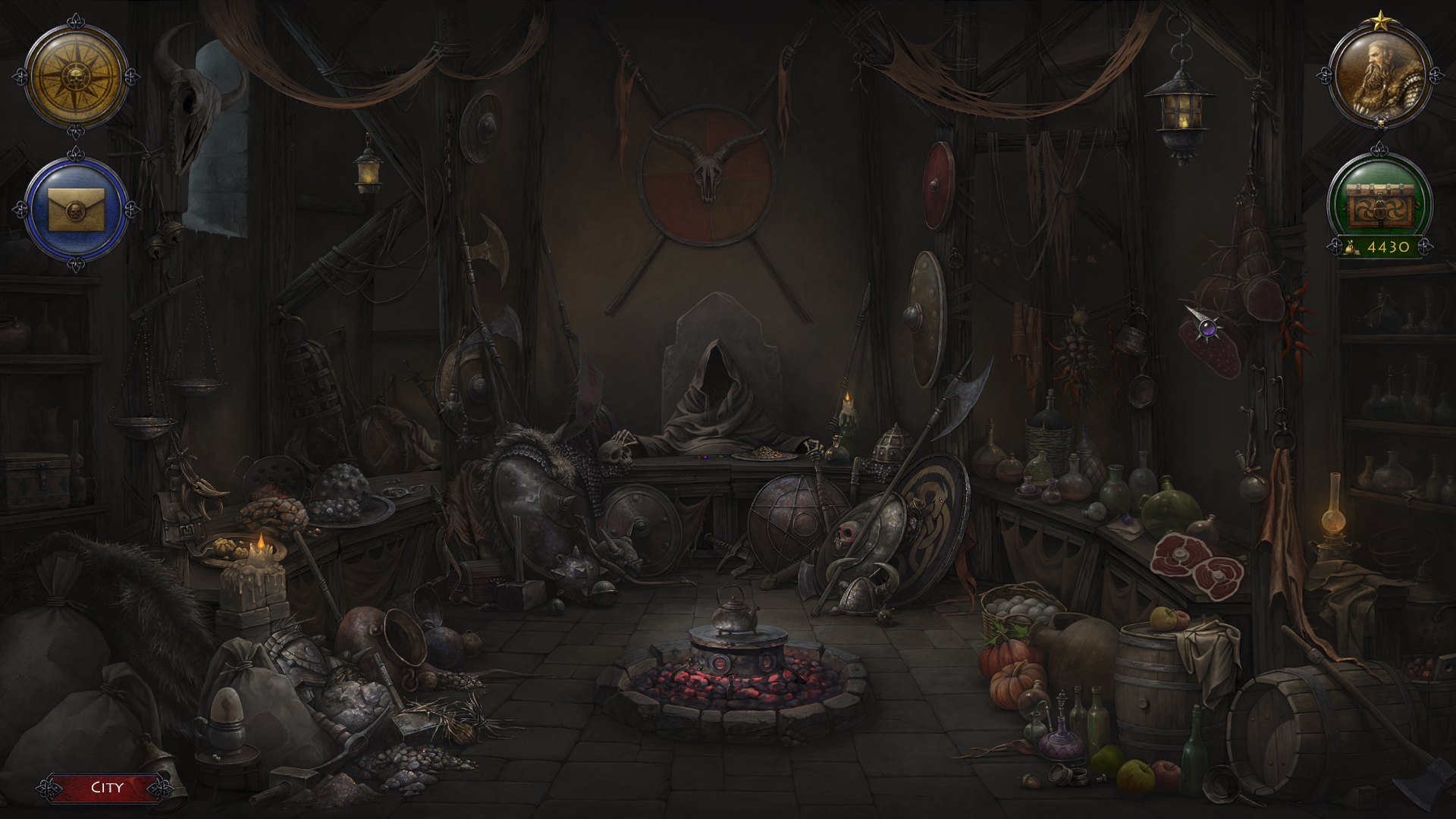 With a small message giving the player some small direction (need to get a thing for someone) and giving a fetch quest (get wood), Niffelheim leaves you to fend for yourself. Upon swinging the default sword at various trees and shrubbery, we worked out how to swap our blade for a handy ax. After bashing some trees we gained enough wood to fulfill the quota of wood and receive some portions of bread. At this point we encountered one of main issues with the current build of the game. Quest rewards just aren’t worth it. We had collected ten logs of wood and we received some bread. Wood is used for almost every conceivable construction immediately available. Wood is also a fairly limited resource. Trees need to be discovered —often in areas populated by wolves— and cut down. Then the harvested tree must grow back before it can be harvested again. By this time, previously killed creatures have respawned and will require killing again since they cannot be avoided or bypassed in any way. The ongoing conflict is that new quests are not given until the previous one is completed, giving the player an uncomfortable choice between resources and direction.

Combat is clunky at best. Incredibly unresponsive controls when utilizing defensive maneuvers leads fights into an inevitable hit-fest. Simply smacking the crap out of enemies while they smack the crap out of you. We can only hope that this aspect receives a heavy overhaul as development continues.

‘Exploration’ and ‘discovery’ are words used in many of the game’s descriptions and feature lists. With this in mind, we were curious to experience this aspect. Quite limited in its current state, Niffelheim’s curious underground mining+exploration combination is fairly interesting. The player descends into the underground through various entrances in the world. One entrance —located below the character’s dwelling— leads to a tiny cave which can be extended in either direction with the use of a pickaxe. Depth can also be traversed by mining downwards. Resources, chests, secret chambers, enemies and bosses can all be discovered in this, and other, underground complexes. This exploration was probably the aspect of the game that we have enjoyed the most during our time with the game. 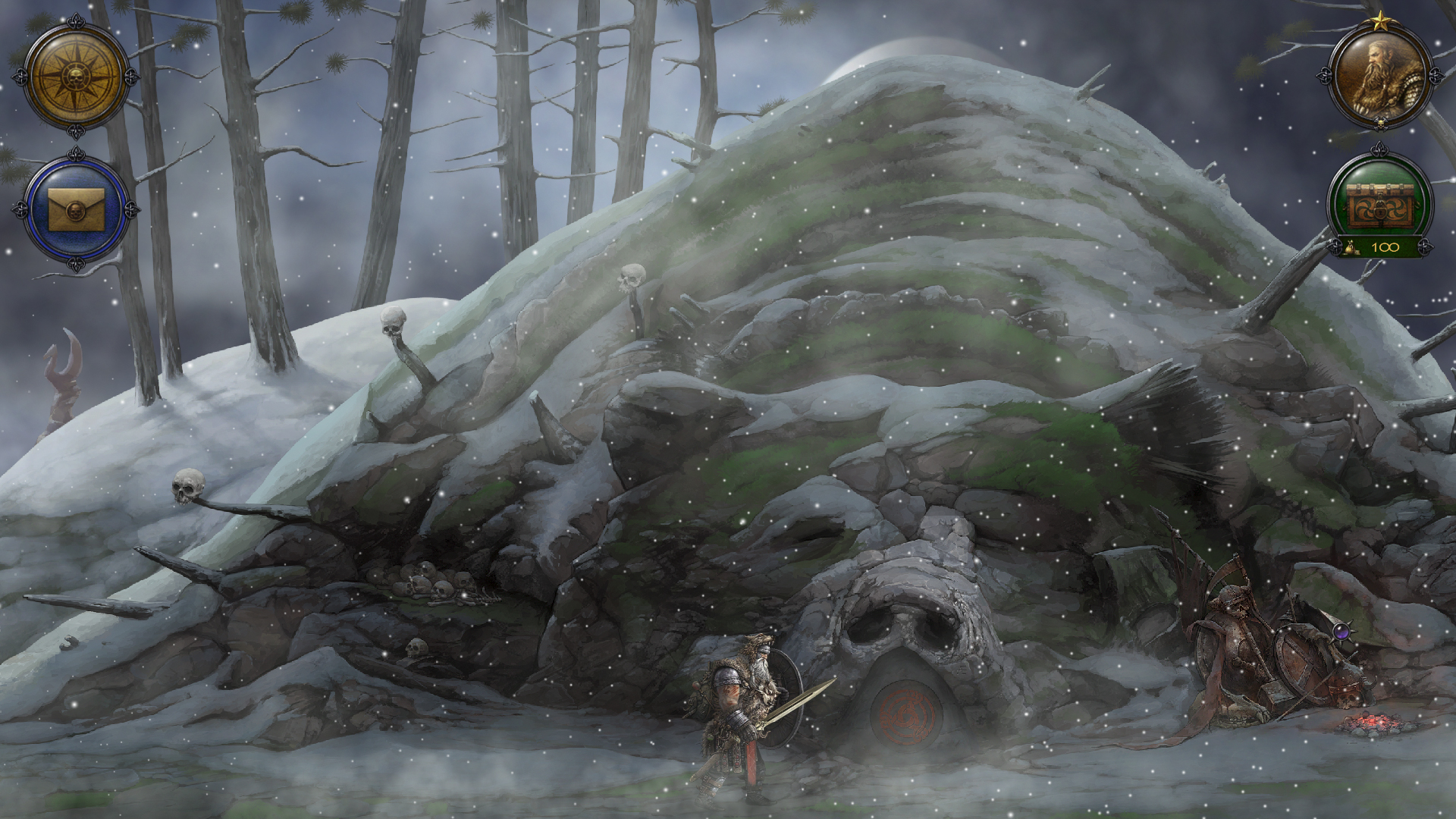 Niffelheim’s world is constructed with strikingly powerful Norselike imagery. Hills are crudely shaped with the features of sleeping bears, animal skulls adorn the walls, shields rest against the walls alongside axes and swords and half melted candlesticks reside atop skulls in crevices. It is all dark and macabre. The visuals are gorgeous, fitting with some excellent sound design as the atmospheric music fits the dark fantasy setting with perfection. The player character is a satisfyingly gigantic Norse bro. Wielding a sword and ax along with a big shield, he is the perfect character for running around and hitting stuff. With that said, the movement animation could possibly be tweaked so as not to emulate a Defensive Tackle who has taken one too many hits to the head.

Overall, Niffelheim has some interesting ideas. Currently, it’s predictably unpolished as it resides in Early Access, but with excellent art design and some promising concepts, we are hopeful for the direction the developers are taking. It will be interesting to see if Niffelheim can reach Asgard sometime in the future.