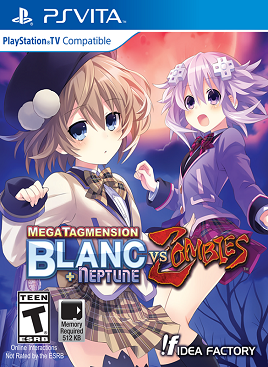 When approaching one of Compile Heart and Idea Factory’s Hyperdimension titles, it is important to have the right mindset. This is a series that refuses to take itself seriously or even tell a coherent story. Instead, the appeal is that the developers force the large cast of characters to attack the fourth wall with gusto, breaking it down to molecular level particles. The other three enclosing partitions are chewed through by the actresses and digested whole. This design philosophy holds firm with their latest action entry, MegaTagmension Blanc + Neptune VS Zombies.

All of the characters from the previous editions have made their way here. Each heroine is derived from some facet of the game industry, such as Vert being the goddess personification of Microsoft’s Xbox line or Neptune being Sega’s stand in. In MTB+NVZ, the cast is attending Gamicademi, a school that the deity-like CPUs use to learn and become closer to their people. Enrollment is way down, and the institution is in danger of closing. To drum up interest, the students decide to form a club and shoot a zombie flick. (The logic of this plan is…questionable.) Not long after starting, the school is overrun with actual zombies. This fortuitous development works out for the students; they will just use their battles to take back the school as part of the film.

This basic plot set up works well with the series’ hallmark brand of humor. The stupid game references come fast and thick. Most of the jokes don’t land, but the characters don’t seem to care, moving on to the next set up and punch line. It’s transparent that the actresses have just having a grand time with the material, and this feeling transfers to the player. Trying to describe why it works in the face of so many failed jokes is difficult. Instead of the script being a series of good singular set up, punchline type humor, it relies on the long game for its real humor. Watching as the ladies slowly destroy their own film plot with overly contrived and just plain stupid ideas just works. The same cannot be said about the gameplay. 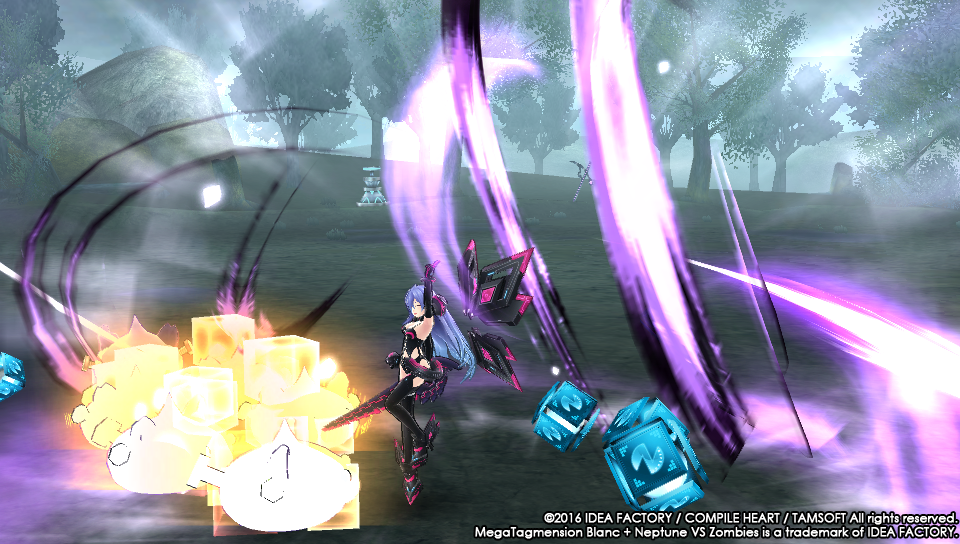 There are multiple chapters with a various number of levels in each. The levels themselves involves being dropped onto a small map and defeating the prescribed amount of enemies. Sometimes there is a boss. Usually there isn’t. Most stages can be completed in a minute or two, meaning that the setup for the stage plus loading time can typically be twice that of the gameplay. Once a player starts to get into a good action groove, it’s over. This applies double for playing the online multiplayer mode. Setting up a game and quest takes much longer than actually completing the quest.

This is especially frustrating as the combat system is pretty decent. Using a tried and true button layout where square is the weak attack, and triangle is the strong, players are able to chain together different combo strings. Smart use of the system allows for rather ridiculous combo strings. Should the player step into too big of a horde, there are various special attack options to unleash. If things get really dire, transforming the heroine into her goddess form is as simple as holding the two shoulder buttons and pressing jump. This doesn’t even factor in the tag system, as players can bring two characters to the fight, switching at random. There are some minor issues with the enemy lock on system being unresponsive, but it tends to not be a problem. In most cases, if an attack button is being pressed, something will be nearby to get hit. It really is too bad that this action scheme gets choked off by the abbreviated levels.

As far as graphics go, people who are fans of the anime look found in the series will be content here. Part of the reason that there are so many titles set in this world is that Compile Hearts is not afraid to reuse their assets. That is exactly what happened here, as pretty much every enemy is a repeat found in the older titles. Some may have received a reskin to fit in with the zombie theme, but the faces that are going to be slashed have been slashed before. There are cases where it doesn’t even make sense. Why would a giant sword wielding robot be joining this zombie rampage? The answer to that question is “Who cares? Use the asset!” 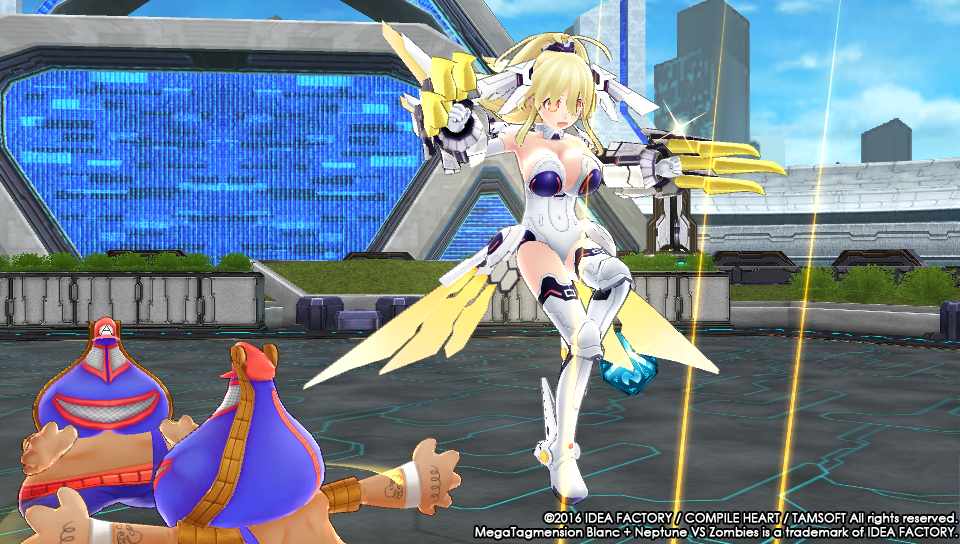 The best way to enjoy MegaTagmension Blanc + Neptune VS Zombies is to realize that the game is a shortish visual novel with action interludes. Trying to experience it as a full-fledged beat ’em up will just be frustrating. The thing is that there are so many other titles in this series out there with much more to do in the package; the mainline Hyperdimension RPG series is already up to the seventh installment, which doesn’t even count the other spin offs and enhanced remakes across multiple platforms. This title can only be recommended to those who have already polished these off and want something else set in the same world. Everyone else should just shamble past.