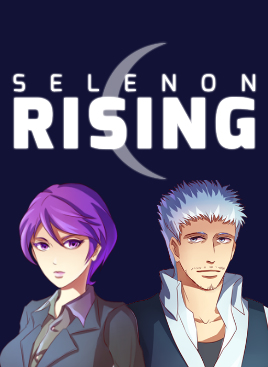 With a wealth of visual novels to choose from, we’re seeing an increasing amount of creativity on the part of developers worldwide. This willingness to push beyond expectations has led to all manner of excellent games over the years. Even an average Steam user tends to now be aware of visual novels even if they’ve yet to give one a try themselves. Selenon Rising Episode 1 – Darkness Falls from Fastermind Games seems like just the kind of gateway game to lure folks into the realm of visual novels. It has a laundry list of features which sound downright great on paper. For example, the storyline takes on a sci-fi noir aesthetic in a world where aliens known as the Selenon have conquered humans. It’s obvious that humans were incredibly fortunate when the Selenon spared them as any wrong move may make for a quick and bloody end of the human species. At the moment, though, it appears everyone is going about their lives (mostly) as normal.

As a result of the Selenon invasion, the Bureau of Human Protection was created. The name might sound like a good thing, but actually enforces a singular law over the entire species. What exactly is that law? They simply can’t continue with their technical research. While Selenon Rising definitely appears to take place in a futuristic setting, technological devices are mostly cast aside as remnants of the society’s past. Of course, humans aren’t the type to simply accept an alien-based dictatorship. Rebels such as the New Moon Resistance are attempting to secretly siphon away classic technology and re-purpose it into something that will repel the alien menace.

Protagonist Violet finds herself in the middle of these two distinct groups. You see, she’s an agent of SPECTRA within the Bureau of Human Protection. As an underling of the Selenon’s policy, she is meant to use her psychic powers to aid them in investigations against humans. Her skills allow her to see the emotional state of individuals she talks to – and even sometimes glimpse their inner thoughts. Other members of SPECTRA have their own skills, such as the ability to phase in and out of different locations with ease. Violet’s partner, Blue, might be a fully fledged SPECTRA member but seems to play the role of a standard grizzled, but loveable cop/detective. At the start of the game, our duo are tasked with finding a murderer. The victim, a father and mathematician, at first seems like a completely random target. Of course, Violet quickly uncovers more to the story which proves there’s far more to this case. 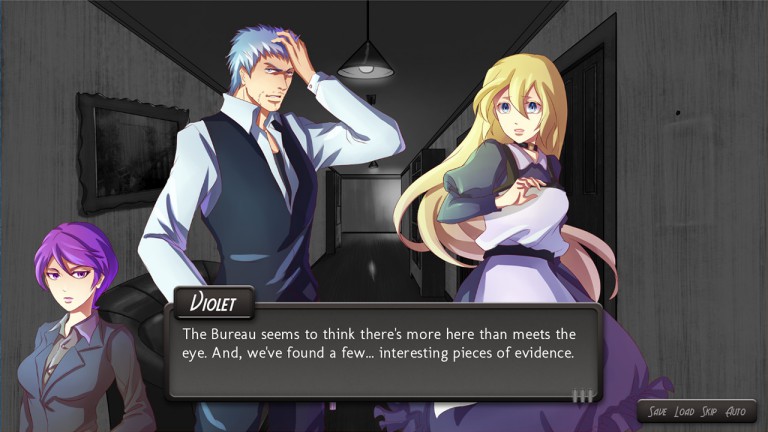 It appears that Selenon Rising was inspired by the likes of Danganronpa, Phoenix Wright, and even LA Noire. The connections come in the form of gameplay. Violet’s power to sense emotions comes to life in investigation mode. As she speaks with witnesses, suspects, and the like, they present their statements one sentence at a time. As they speak, the player may opt to doubt, present evidence, or question further. Evidence is gathered through searching key locales and is stored away just to be used as a potential presentation item. Doubting is set on the basis of emotional incongruity. If, for example, a suspect is talking about finding a man dead on the floor but feels happy then you know something is up! In general, the goal of gameplay is to determine what about the statements doesn’t line up and pin the speaker for them. There are multiple runthroughs as characters retell parts of their story or reveal other aspects. Sometimes, you’ll even need to shoot down their thoughts which get in the way of their actual spoken testimony.

The disappointing aspect about this gameplay is that it doesn’t feel quite as fleshed out as the aforementioned Phoenix Wright. After all, what could really stand up against such an impressive series? When it came to grilling one suspect, I honestly felt that presenting a certain piece of evidence would contradict their statement because it was contradictory. However, this was not the way the game had things set up, so I simply had to be frustrated for a moment before figuring out the expected answer. Luckily, if you end up using all your five chances and failing, you’ll be able to jump back into the same section again. Unfortunately, it starts you from the beginning rather than the specific sequence. These annoyances didn’t happen much simply because Selenon Rising Episode 1 just barely touches on these gameplay moments at all anyway. 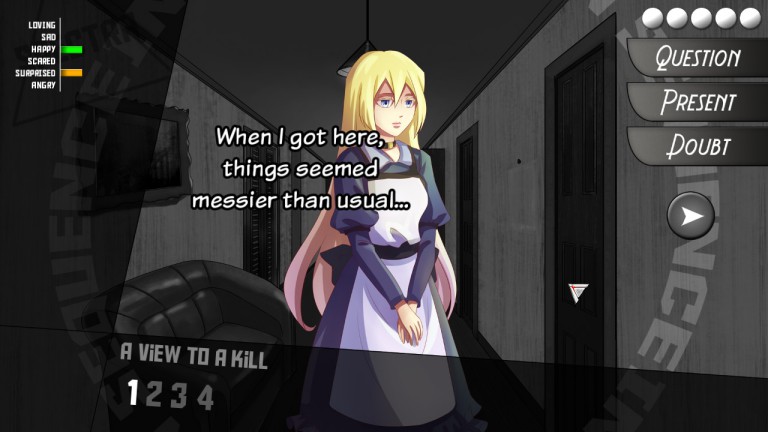 One key aspect is meant to be Violet’s alignment. Players make dialogue choices which skew her alignment toward law or chaos. Apparently, as these choices sway her further onto one side or the other, brand new dialogue options will be unlocked. Characters will simply perceive her differently because of this alignment shift. This is a cool idea which has certainly been seen before in video games, but not quite in the visual novel genre outside of romance paths. The issue is that right now Selenon Rising does not appear to showcase the result of these changes in Violet’s personality. It’s unknown at what point they will really begin to matter, but chances are everything begins popping off around Episode 3 or Episode 4.

Then there’s the presentation. Selenon Rising is far from the most gorgeous visual novel out there, but it does what it can. The character sprites are nice and offer different versions dependent on the character’s emotions at the time. Weirdly enough, it appears that many of the special CGs are of lower artistic quality than the sprites. Perhaps it was intentional, but they also sort of stand out sorely from their sketch-style nature. Backdrops are also rather mundane. For all its noir focus, the shadows don’t seem quite dark enough. As with most indie visual novels, there’s also no voice acting of any language to be found. This isn’t a big deal, especially given the soundtrack is excellent. Its noir inspiration really shines and is great to listen to throughout a playthrough. Most out there are probably looking at a two to three hour timeframe to check out all that Episode 1 has to offer. 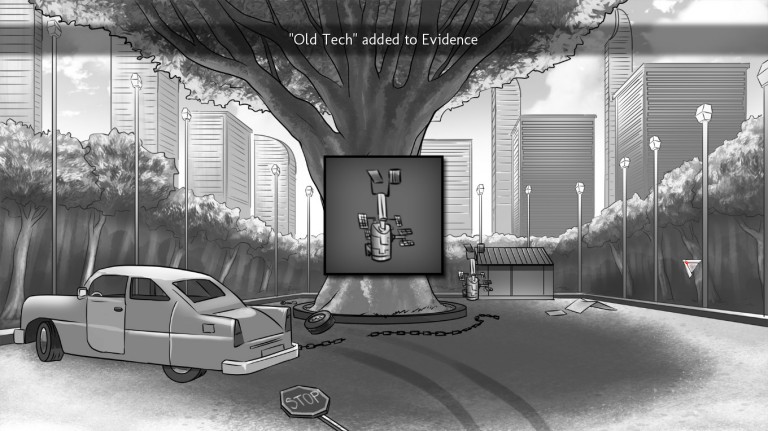 As intriguing as the world building is, it does not feel fully fleshed out yet. This is likely due in part to the episodic nature of this series. Selenon Rising Episode 1 is but the first of a four episode set, after all. Even so, aspects such as a budding romance between two characters seems to come much too quickly and feels forced rather than a natural progression. In other aspects, the ratcheting up of drama gets incredibly intense all of a sudden in a way that feels a bit annoying. The rush to the dramatic conclusion of Episode 1 feels like a way to get people hooked for Episode 2 rather than serve as a practical turn of events for Violet, Blue and the rest of the cast. My hope is to see future episodes with a more balanced narrative which doesn’t feel rushed at points. The gameplay needs to grow as well, because that’s key to what Selenon Rising is selling players right out of the gate.