Being one who can not get enough random game related stuff, there is great joy in opening up a new Arcade Block each month. This one continues the trend with aplomb. Featuring items from Zelda, Borderlands, and Fallout, it scratches the geek itch in an extremely satisfying way.

Starting off, there is a Handsome Jack Funko Pop figure from Borderlands 2. These figures seem to be default mode for these types of monthly grab bag boxes, and I have pretty much all I will ever want. Still, though, the little guy is adorable and well detailed. While I would never search out more (I have the Robocop one; my collection is complete), there is no issue with adding Jack to the shelf with the rest. 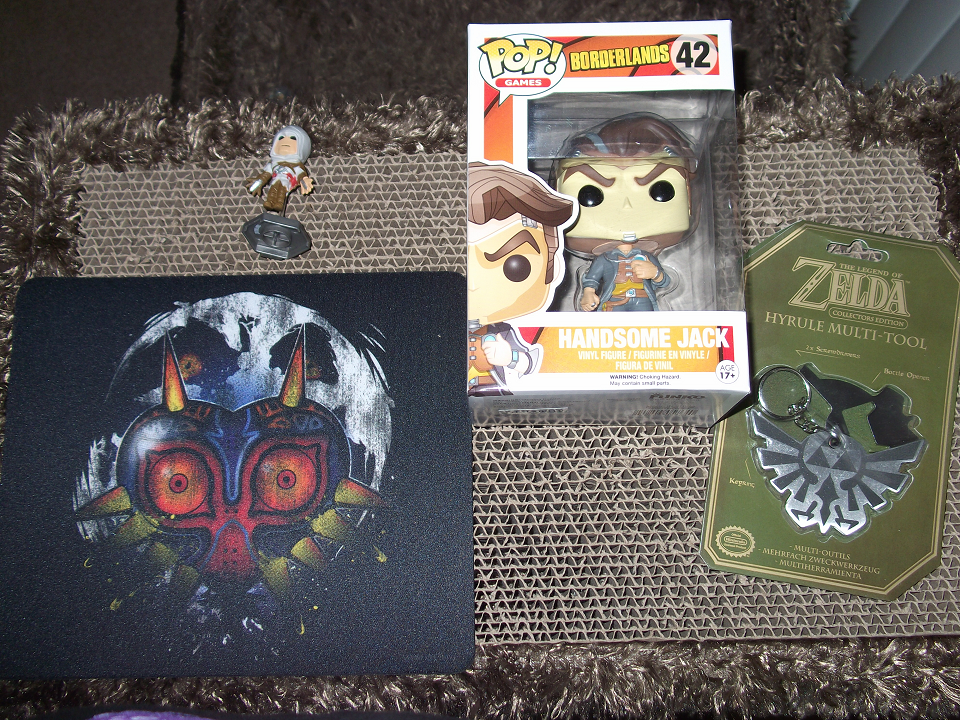 Continuing on the figure line, this block also included an Assassin’s Creed mini-figure blind box. Having played through the first two, the series is appreciated. Plans are in place to continue with them when time permits. Still, it says something about the character design when one has to check the figure’s pose against the bag to realize which one is in hand. “Let’s see. He’s holding his hands with palms facing out around his hips… Oh! It’s Ezio!”

Zelda was represented in fine fashion. First is a multi-tool key chain with the famous Triforce seal. It has a bottle opener and a couple of screwdrivers. There certainly could be a use for this. The second is a Majora’s Mask mouse pad. Black with the stylish heart logo, this one will see some use, especially as my current Final Fantasy XIII one should have been left to die long ago.

There was also a three character button pack for Battleborn. Considering that I am still putting the hours into this shooter, any little thing is really appreciated. These will be added to my backpack to further my ongoing quest to make it as ridiculous as possible. 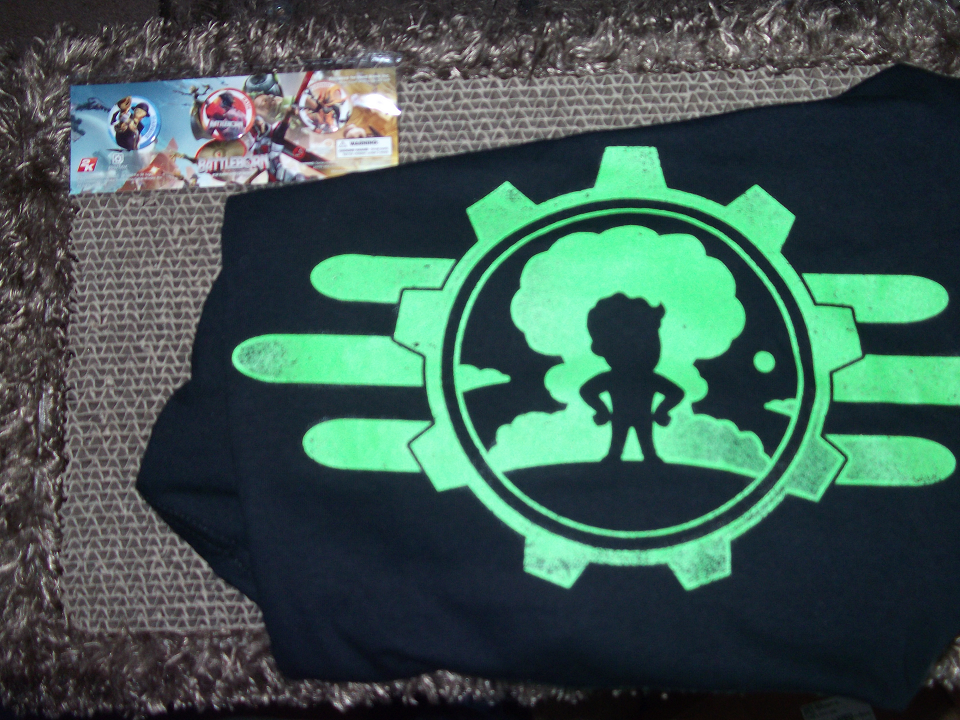 The true highlight of this  Arcade Block is the Fallout t-shirt. It’s black for a green image, featuring Fallout Boy silhouetted against a mushroom cloud. This one is going to enter heavy rotation. The fact that it glows in the dark is icing on the cake.

As always, there is a card previewing next month’s block. Promised franchises include Super Mario Brothers, Plants Vs Zombies, and Warcraft. With four of the items promised to be exclusive to the package, it looks to be another good one. There certainly isn’t enough Mario stuff around here, despite what the wife says.