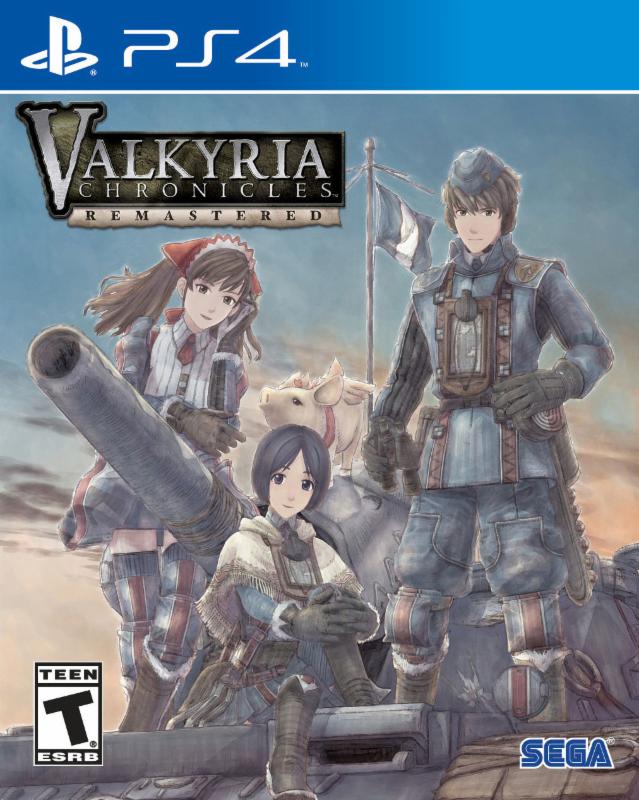 It’s really sad to see such a lauded title like Sega’s PlayStation 3 strategy/RPG juggernaut Valkyria Chronicles languish in relative obscurity the way it has. Admittedly, it sold a respectable amount, but that always comes with the qualification of “if one considers the genre and the popularity of the system at the time.” The PlayStation Portable sequels were also well regarded, but not with the same reverence of the initial entry. The series is rich enough to deserve so much more. Fortunately, Sega seems to agree years after giving up on the series as a whole, bringing us Valkyria Chronicles Remastered. For those who missed out on the initial release, this latest edition is easily the best place to start. Featuring all of the expansion content, upgraded 1080p, 60 FPS visuals and trophy support, Valkyria Chronicles Remastered provides the full package.

The story centers primarily around Welkin, a nature enthusiast who returns home to his village to visit friends and family. This cozy little hamlet is just inside the border of Gallia, a tiny, neutral nation on the continent of Europa. Being neutral doesn’t mean much when there is a war between the Federation and the Empire and there is a vast store of minerals needed to power it nestled within, though. No sooner does Welkin arrive home than he finds himself arrested, freed and fighting to save the lives of the villagers. Fortunately, his war hero father kept the famous tank, Edelweiss, in a barn nearby for just this type of contingency.

Where the Gallia military lacks in proper distribution and tracking of heavy war machines, it makes up for in bravery and heart. As the story moves on, players are introduced to a large variety of characters, each with their own stats in battle. The interactions between these squad mates and the hero make up a large portion of the storytelling. The way the tale gets doled out can be a subject for debate. While the alternate universe take on the themes and tone of World War II is absolutely enthralling, moment to moment interactions can become tedious to the impatient player. The exposition can be a bit overbearing, although players inoculated to this via copious amounts of serial anime will have less of an issue. 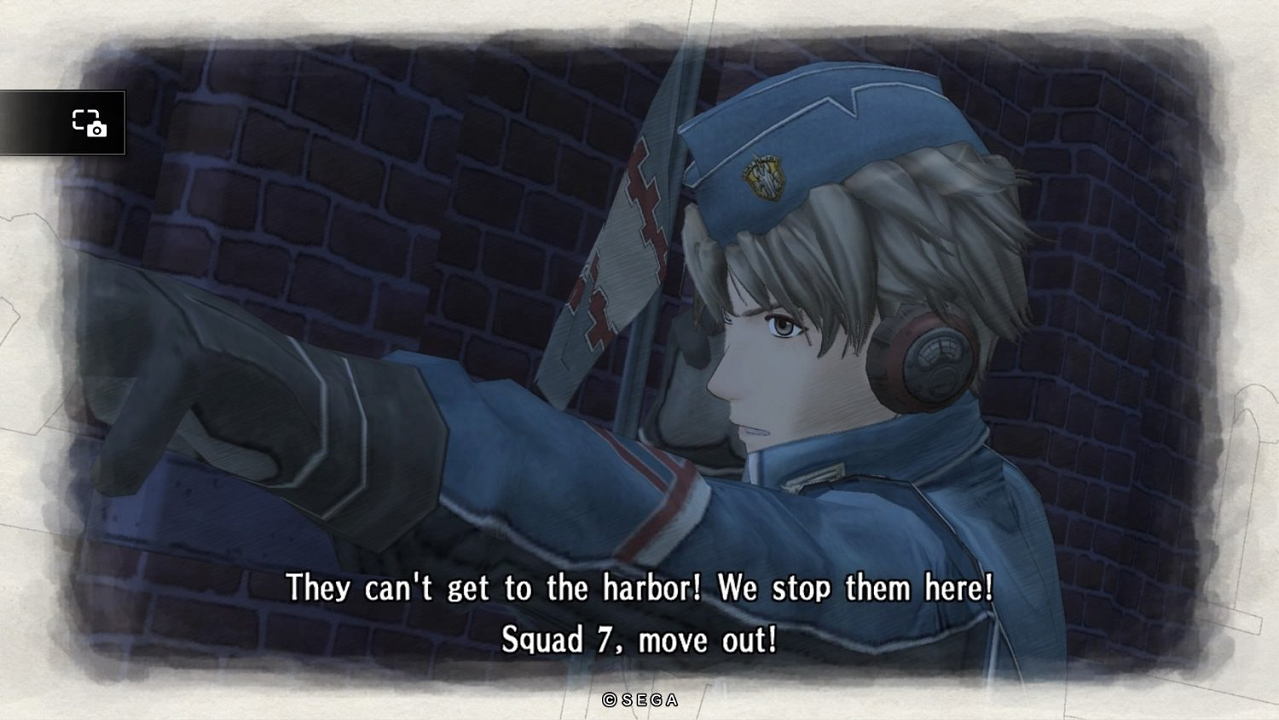 The reason impatience can rear its head is because the battles are so good. Actually taking the field uses a turn-based system that adds some real time elements. Each turn, the player is allotted a certain amount of command points. A combatant can be selected and directly controlled by spending one of these. The character can now be moved a certain amount based on the remaining juice in the command bar and attack or take some other action once. For example, a player might choose to use Alicia on the overhead map. The view point is immediately beamed down to a behind the back third-person view, where direct control is granted. The player can then leap over cover, run some distance and toss a grenade. Aiming is also done directly. If there is enough moment energy left, she can then be moved back to cover. Players can even choose to select the same character repeatedly, allowing for extended flanking options while inactive characters cover her.

One of the really appreciated elements of the battle system is the fact that heroes on the field will take shots at targets of opportunity. If an enemy enters range and line of sight of a character, that combatant will attempt to punish the opposition’s carelessness by attacking the target of opportunity. This is without need to spend any ability points à la the XCOM reboot. This means positioning and care is even more important when pushing forward and destroying potential cover for the enemy can be a much more valuable move overall than a head shot. 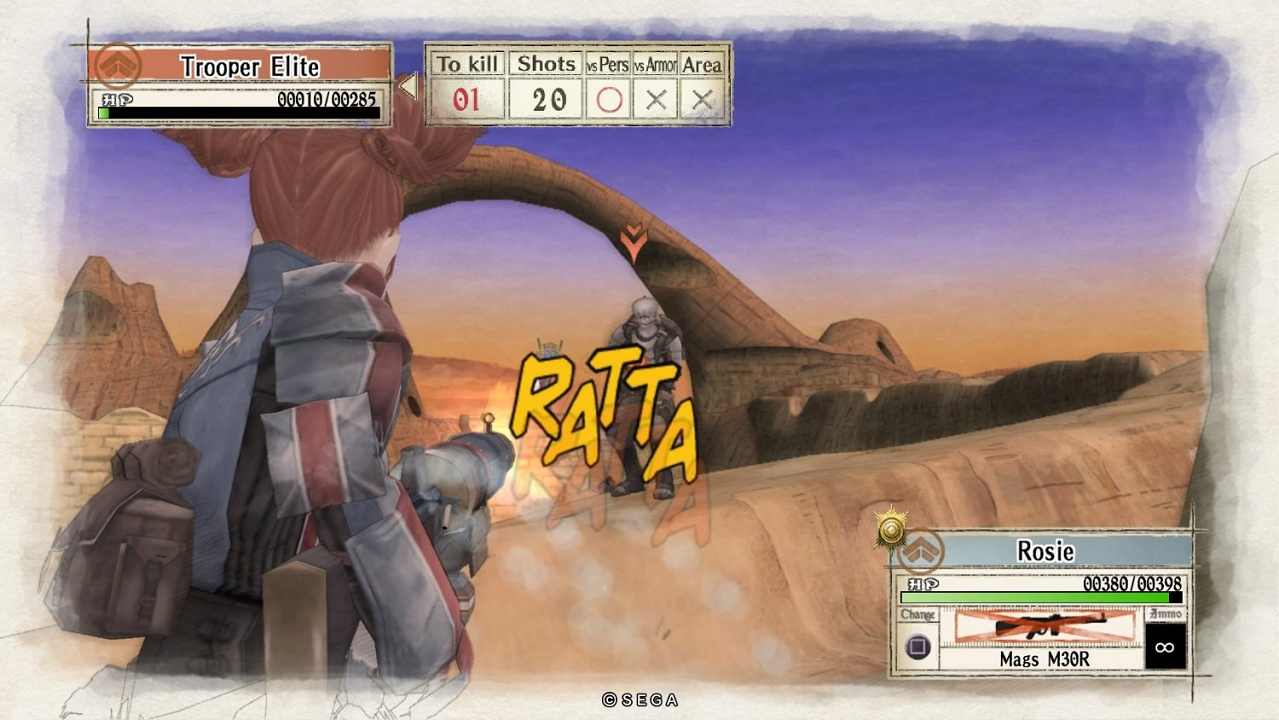 Even this basic overview does not cover the depth of juggling characters and handling a growing Squad 7. What really makes this game work is the smart way that each element is layered in. Early missions start simple, with basic elements explained. As the game progresses, new elements are piled on, adding novel wrinkles and possibilities. Complexities exist in this game, and actually show up in a relatively quick fashion, but never feels overwhelming. Valkyria Chronicles needs to be held up as an example on how to pace games with different and/or complex systems.

One cannot talk about Valkyria Chronicles without mentioning the visuals. The original “anime by way of watercolor” artistic concept looked great in 2008 and was a smart decision to make, rendering the appearance timeless in appeal. The 1080p upgrade doesn’t seem to see much in the way of heavy texture rework, but this is because the game doesn’t need it. It looks just as good as veterans of the initial release remember it, with the up-res sidestepping the ravages of time. The 60 frame per second lock is also a nice improvement. Though it is only an aesthetic upgrade, frame count is that important for this type of game and is highly appreciated. 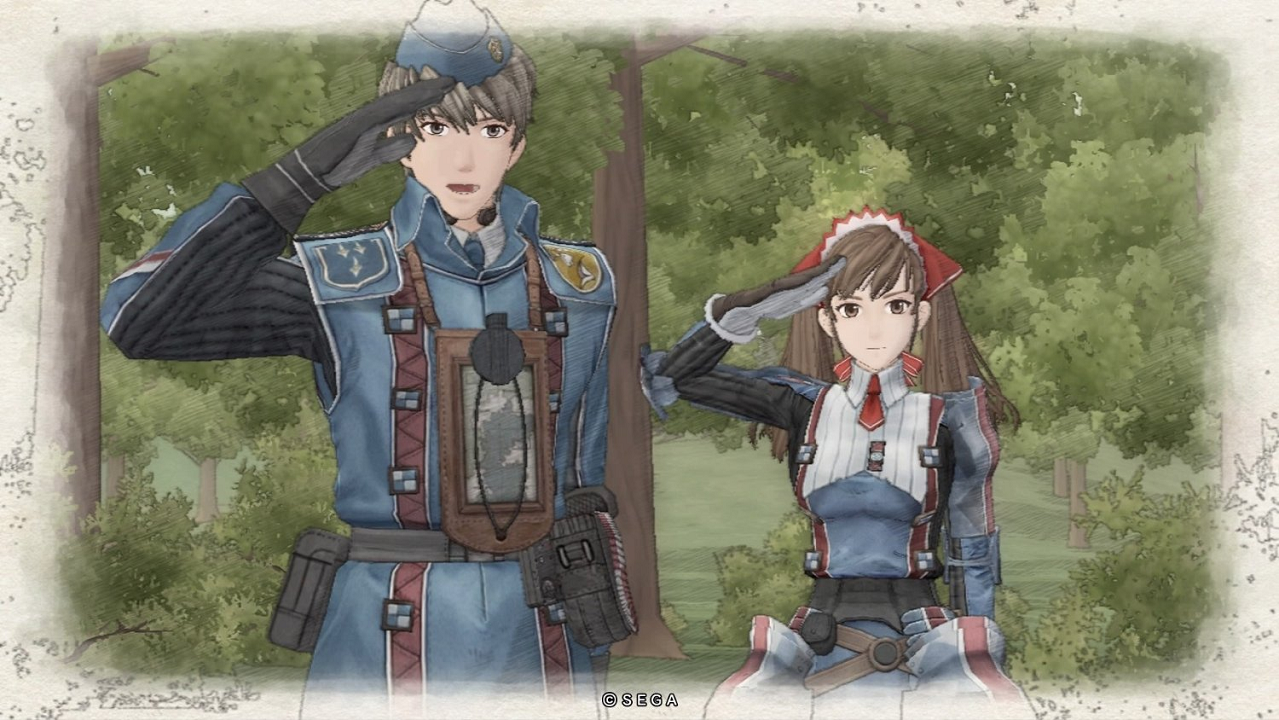 There should be no doubt that Valkyria Chronicles is a modern classic that has earned each one of its fans and accolades. As the game rolls on, the battle system shows itself to be both complex and intuitive, with enough depth that hours can be lost in a blink. While some might be put off by ponderous exposition, the overall package is sublime. Players who have not experienced it before really should give it a shot, but as there is no brand new content to be found in the remaster, those who have played the original to death need to decide if a graphical upgrade and trophy support is worth purchasing again. Hopefully Remastered will succeed and Sega will work on a whole new entry.