There is no secret to the fact that anything related to the Shin Megami Tensei series is, to put it mildly, fantastic. It seems like everything that comes out of that franchise is soaked in rad, then handed to fans on a stick, dripping in awesomeness. The recent spate of manga coming out of Atlus’ wunderkind is no exception. Having been keeping up with the releases of their adaptations of Devil Survivor, Persona Q (Sides P3 and P4), and the Persona 4 books has been really entertaining these past few months. Come September, the collection will be expanding as Atlus has just announced that the Persona 3 manga adaptation will be coming to English audiences, courtesy of UDON Entertainment.

Like the Persona 4 version, the adaptation will be done by Shuji Sogabe. This is wonderful news as he has been doing a bang up job with 4. Considering that Persona 4 is my all time favorite game, thus rendering any transformation to a new medium subject to extreme scrutiny, this is high praise indeed. He manages to draw the characters faithfully while still giving them a bold style that pops off the page, even in black and white. 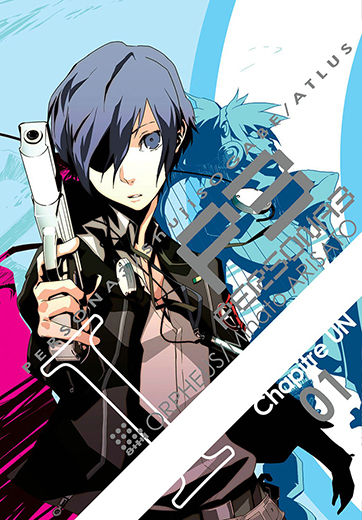 For those who never played Persona 3, it centers around a group of modern students who have the ability to observe and act during the Dark Hour, a time that occurs precisely at midnight. Ordinarily, people are frozen, unaware, and have no knowledge of this phenomenon. The thing is that when this occurs, demons run rampant. Also, there seems a tower that appears, chock full of mysteries to be uncovered.

Fortunately, in addition to not being affected by the properties of the Dark Hour, the students are also able to call forth their “personas” to fight for them using a gun shaped tool called an Evoker. To best organize and combat the threats, these students form the Special Extracurricular Execution Squad and set forth to solve the mystery and protect the city. Frankly, it’s a great tale that takes some unexpected turns in tone, motivations, and even genres. It’s certainly a must play game. Soon, though, it will also be a perfect read.