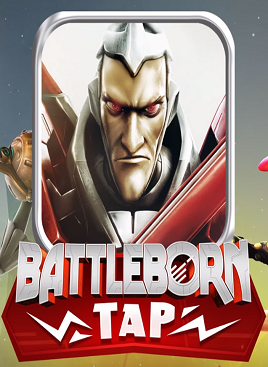 When reviewing the full Battleborn game, enthusiasm abounded. The statement was “this is my new obsession.” Frankly, this still holds true, with at least one match fit in per evening among the other things to try and chores to complete. When the home screen announced a mobile tie-in, with a free gold skin for Orendi to use in the main game, it was instantly downloaded. There is nothing wrong with a mobile tie-in to a larger series. Fallout Shelter proved that it can be done well. What developer Bee Square put together using Gearbox’s latest IP, however, doesn’t quite match the quality that one would desire.

It wouldn’t be fair to judge the free to play Battleborn Tap against the PC and console multiplayer juggernaut. They are two different things. While Battleborn is a polished and deep multiplayer action game, Tap is an idle clicker. Like the great Clicker Heroes, the goal of this one is to take a small number and work to increase it. Players start off with nothing except the ability to tap on the screen to cause damage to on screen enemies. These enemies then drop currency, in this case shards, that can be used to level up tap damage or purchase a hero to do the damage automatically. In this case, up to five Battleborn can be recruited and upgraded. So far, not a bad concept for a quickie passive title.

There are even a few systems to track. Players can open a free loot pack once every half hour, granting some equipment pieces that is automatically equipped to the corresponding hero. There is also a small boost to cash. Better packs can be purchased with premium currency that can be earned by completing achievements or dropped from random drones in game. Each Battleborn has three slots that are intended for predetermined items, each with their own bonuses. The equipment grade goes from common all the way to legendary. These bonuses are applied automatically, unlike the gear in the regular game. When duplicates of lower or same quality are found, they are broken down into another kind of currency that can then be spent on upgrading equipment. There are also artifacts that provide universal bonuses. These are earned by spending mythstones, because there are not enough currencies, damn it. The mythstones can be earned by killing epic bosses or by prestiging. (More on that in a minute.) Once enough are gained, these stones can be spent on obtaining new artifacts or upgrading existing ones. 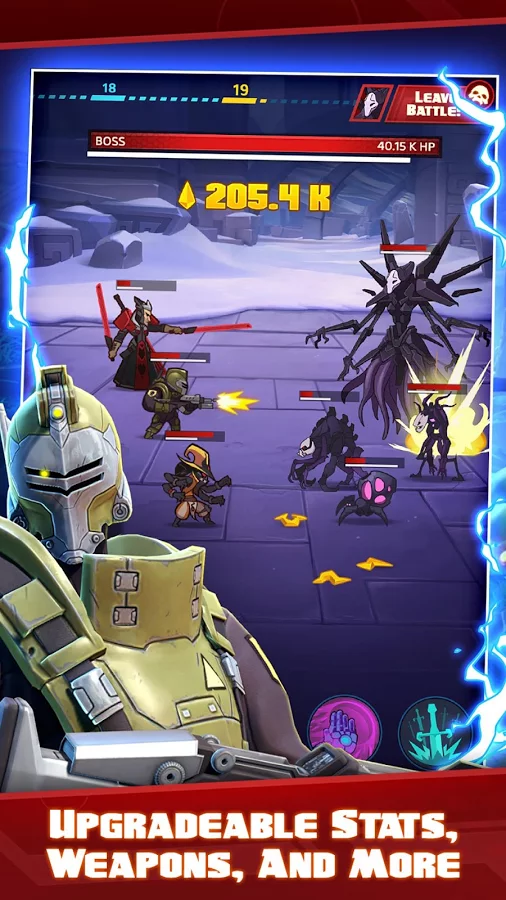 When the game starts, most of the available Battleborn are locked. To unlock these, Command experience must be gained. To get this, the play must Prestige, resetting level progress but keeping artifacts and equipment. This mechanic is found in pretty much all of these games, but the gain here doesn’t seem to be worth it. Once all the Battleborn are unlocked, the player earns more mythstones on each prestige.

Frankly, this all gets ridiculous. Having five separate types of currency in a game is makes about as much sense as plot of Donnie Darko. It’s laborious, stupid, and tries to make things seem deeper than they really are. Much like that godawful film, the payoff for the drudgery doesn’t feel worth it. In Clicker Heroes, players can warp back to previously cleared stages to witness first hand how much stronger the collection of heroes are against enemies that took so long to kill previously. That option isn’t here. 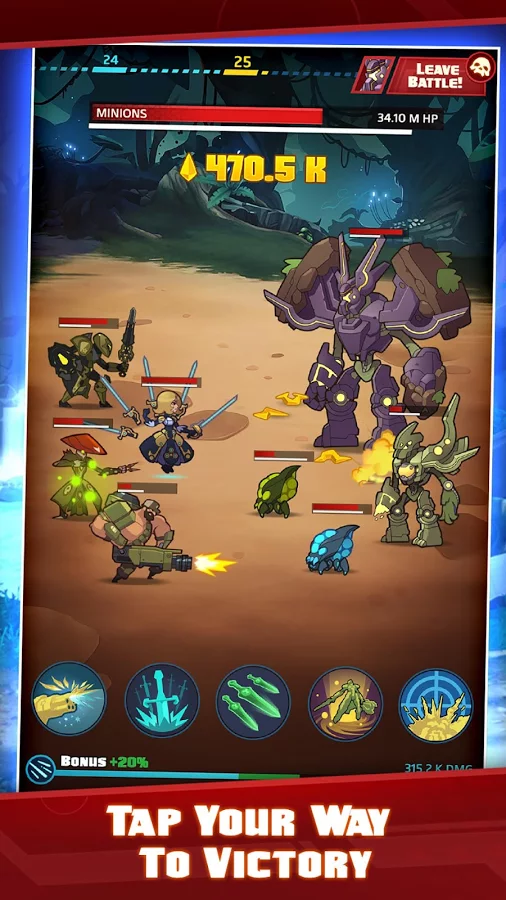 Also missing from this title are ten of the Battleborn found in the real game. There are only fifteen here. This is strange because the article on the official Battleborn site is entitled Battleborn Tap Puts 25 Heroes At Your Fingertips. Maybe the good folks at Bee Square put all their stat points in cute company name creation and left the counting skill barren. This isn’t due to an option or upgrade path being missed; the achievement listing in game says there are only fifteen total. The most troublesome aspect of this lack comes down to this question: where in the unholy #$%^ is Toby?

Even so, despite being overly convoluted and having two exploded hands worth of Battleborn excised, the biggest issue comes down to a major bug. As this is an idle game, part of the fun is putting it down for a while and checking on it later. While logged out of the game, currency is automatically earned based on the strength of the heroes and the progression achieved. In theory, that is supposed to be that way here. In practice, the game decides to stop counting quite often. So, a diligent player might do some leveling before bed and close the game. When opening the game in the morning before going to work, said player should be welcomed with the wealth of riches earned overnight. Instead, the exact same stats as when the game was left is found. No thank you. 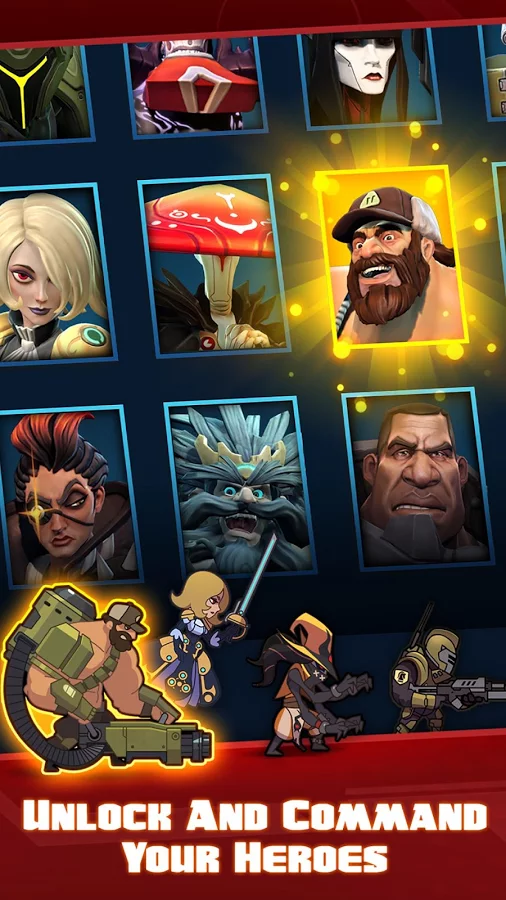 In truth, I don’t know what I was expecting when downloading Battleborn Tap outside of the free skin. There wasn’t exactly much of a push around this companion title. Even someone who was paying attention might not have learned about it until it was advertised by its big brother. The hope was that it would be something fun to goof with while waiting for a match, but it’s too flawed for that. The best advice that can be given is to get in, get the skin and delete it. Play Adventure Capitalist or Clicker Heroes instead.