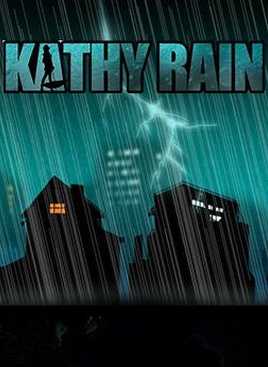 So as mentioned during our coverage of Shardlight a couple of months ago, it was noted how Wadjet Eye tends to largely specialize in graphic adventure games that look and feel like they came straight out of the 1990s. But proving that they aren’t the only ones who can fill such a niche of gaming, developer Clifftop Games has now released Kathy Rain, an old-school graphic adventure game that goes one step further and actually takes place in the 1990s. The end result? A highly solid and entertaining game that does its predecessors proud.

The plot of Kathy Rain takes place in 1995 and centers around our titular heroine, a journalism major, as she learns about the recent death of her grandfather. After the funeral, she learns more about the circumstances that ended up leaving him broken and changed over a decade ago, and sets out to discover what happened on the one fateful night that changed everything in his life. And with the help of her nerdy roommate Eileen and the local townsfolk, Kathy discovers…well, the type of stuff that makes it hard to do a detailed spoiler-free review of the game, honestly. Yes, without trying to give too much away, Kathy Rain’s story begins to get quite weird after the first act, appropriately yet oddly heading into full Twin Peaks territory and beyond. Oh, it’s still a good story with a captivating mystery at its core, but for a game that sets itself up as more of a detective story, the one-eighty in tone it eventually takes can come off as a bit baffling.

For that matter, we were informed that the game deals with adult themes and that we should prepare for it, but in the end, only one plot element really ended up fitting into the “adult themes” category, and even then it felt forced and only seemed to exist to add on to Kathy’s trouble past. Speaking of which, though, Kathy herself is a terrific leading lady, a gleefully snarky Gen X-er who comes off as a slacker but still manages to show off a heavy dose of wit and intelligence. The supporting cast is also fleshed out quite nicely and they all get some good lines, helped out by some great voice work (which as it turns out, was directed by Wadjet Eye’s Dave Gilbert, go figure). 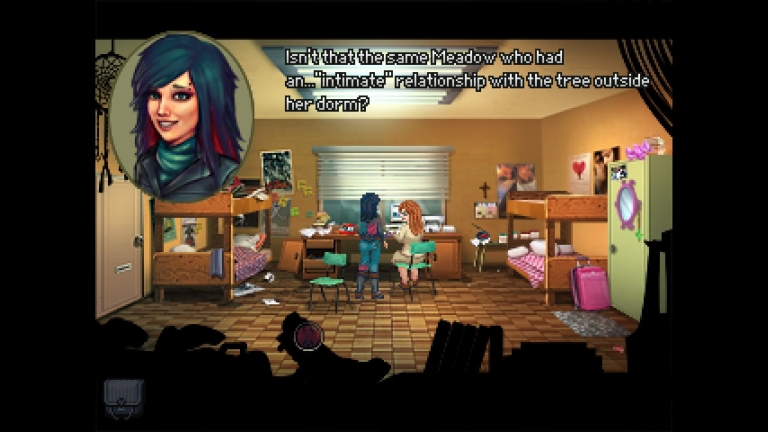 As expected with a game like this trying to evoke the spirits of Gabriel Knights and Full Throttles past, Kathy Rain displays some absolutely gorgeous pixelated artwork (especially towards the end), even displayed in a 4:3 ratio just to perfectly help you get into the mood. The soundtrack is fine as well, and nicely evokes an eerie touch now and then. All in all, the aesthetics nicely bring the small town of Conwell Springs to life.

But as this is a graphic adventure games, we all know the true meat lies in both the story and the strength of the puzzles and obstacles in your path to overcome. For the most part, the game relies on Kathy’s strengths as a journalism major, so you engage in conversations with people by choosing topics from your notebook, coming across new leads and following up on them, searching the phone books for new locations to visit next, occasionally having to sneak into restricted areas, and more. It really does nail down the feeling of a private investigation quite well.

There are also more “traditional” puzzles in Kathy Rain, such as having to figure out the code to a wall safe via a poem that corresponds with a set of graves, or scrabble tiles that hint at how to get past a combination lock. These are also perfectly executed, always providing the perfect level of challenge and an easy-to-use interface to handle them with. There were occasional moments where you may end up being smarter than the game, though. See, Kathy is one of those characters who kind of annoyingly won’t just pick up any item without a reason, leading to a frustrating moment or two where she refuses to get the exact item you need for a puzzle you figured out without having to find a way to explain it to her (a moment involving the need for a thermometer in the woods comes to mind for me). 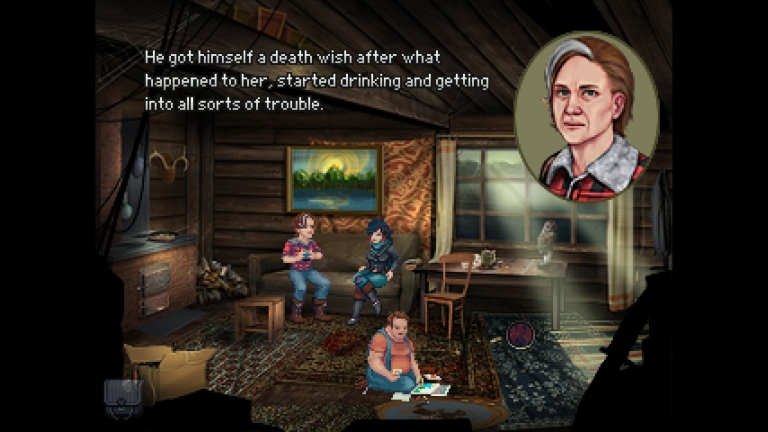 Despite the complete curveball the plot gradually throws at you as it moves along, Kathy Rain is a great adventure game with a story that easily gets you hooked and a mystery filled with a grade-A level of challenge to tackle. It may not reach the status of a true classic as the most legendary titles of adventure gaming’s golden age that filled the decade it pays homage to, but it is an incredibly satisfying game all around. “A detective is born” goes the game’s tagline and I wouldn’t mind seeing more of this detective in the future.