Liyla and the Shadows of War is a short, dark game about exactly what the title implies.  You play as a father running home through a war zone attempting to collect his family and get them to safety as the bombs fall and the drone strikes mow down anything that moves.  The mostly black and white presentation has more than a touch of Limbo in its look and the simple platforming at the start gives way to a series of choices near the end, and from start to finish the entire game can be beaten in 30 minutes.  Once the game is over it scrolls through a few facts about the death toll of the war over the Gaza Strip, particularly as it relates to the impact on non-combatants, women, and children.  It’s a serious game with a serious message but not a political one, unless “War is brutal and the cost in innocent lives of this specific conflict is horrific” can be considered political rather than factual.  You can play it for free on any Android device (Google Play link) if it’s something you want to look at, but you can’t play it on iThing.  According to Apple, as referenced in the quote below, Liyla and the Shadows of War is a political statement rather than a game.

Rather than editorialize about the difference between “game” and “not-game”, because that way lies madness and an obnoxious gaming-purity elitism, I’ll list off the actions I took in Liyla and the Shadows of War.  At the start I navigated a few platforming sections, figured out how to avoid gunfire, made a couple of story choices, and even did a simple auto-run section where I had to control the jumping of two characters simultaneously.  Of the 30-ish minutes of using the app, this was about 28 or so.  The final two  minutes (and it might have been less, I wasn’t running a timer) were spent reading.

Liyla and the Shadow of War is a game.  Having a serious message about a real-world conflict doesn’t make it any less so, and it’s insulting not just to the developers but to gaming in general to say otherwise. 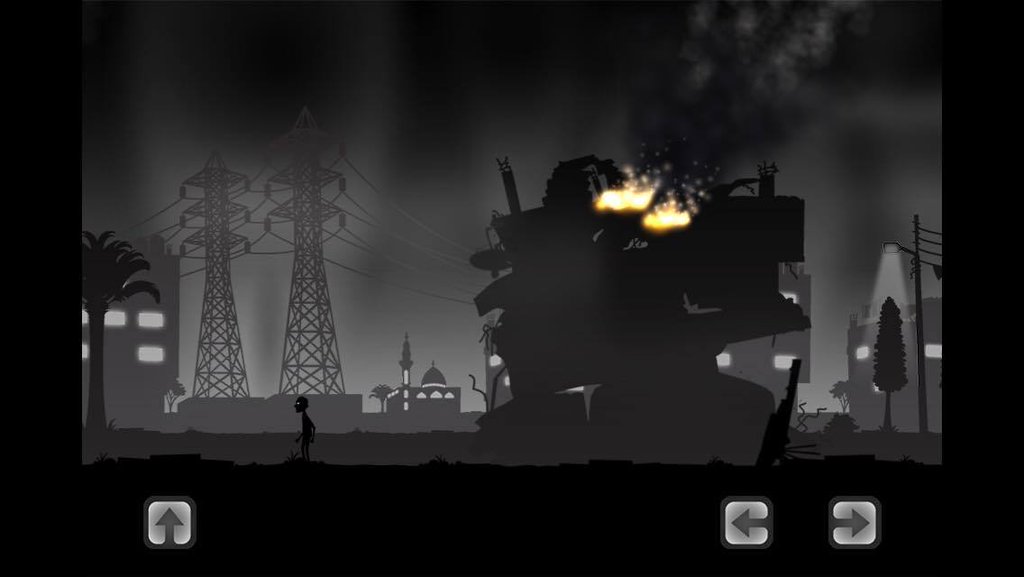