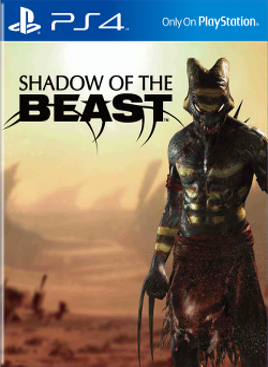 Shadow of the Beast

Remakes, reboots and any other term that seems most fitting for a rehash of something seem to have been growing in popularity in recent years.  Amidst a sea of many long dead franchises resurfacing, Shadow of the Beast is the current front runner for 2016’s most random remake.  This series made its debut in 1989 on the Amiga computer system, spawned two sequels and got numerous ports, some of the more noteworthy to the Sega Genesis and Atari Lynx.  After that, the series went away for over two decades.  This series never had the popularity of say Zelda or Sonic but it does have enough of a following where bringing this beast back from the shadows would not be without some expectations.

The remake was developed by a small team of seven people.  The task they had to achieve was to create a game that would appeal to the existing fans of the series yet still be relevant in today’s market and appeal to the younger generation that did not grow up with the franchise.  The original title, like a lot of games from its era, is a 2D side scroller.  The gameplay itself did not deviate too much from the standard formula of action and adventure games of the day.  What made the game stand out in part was the soundtrack, but the art direction and creature design was truly unique and impressive. Age definitely played a factor in this, but the original game was home to an amazing looking fantasy world filled with memorable creatures, at least by the graphical standards of the time, which created a sense of wonder when first experiencing the game.  A major goal of the team was the recreate the sense of wonder on the alien world that is fondly remembered in the original.  While it to hard to gauge if they were successful since I am too old and cynical to look at this through the much younger eyes that first saw the original, they did succeed at creating a visually stunning fantasy world.

Just like the original, this version plays in the side scrolling manner that only needs to utilize two of the available three dimensions.  The visceral combat on the other hand is much more complicated than the source material, and it could be argued unnecessarily so.  There is the standard set of moves that include stun, kill, throw, block, and parry.  There are also additional moves that are activated with the press of a button while holding a trigger, which include a move that recovers health and a move that increases points from the kill. 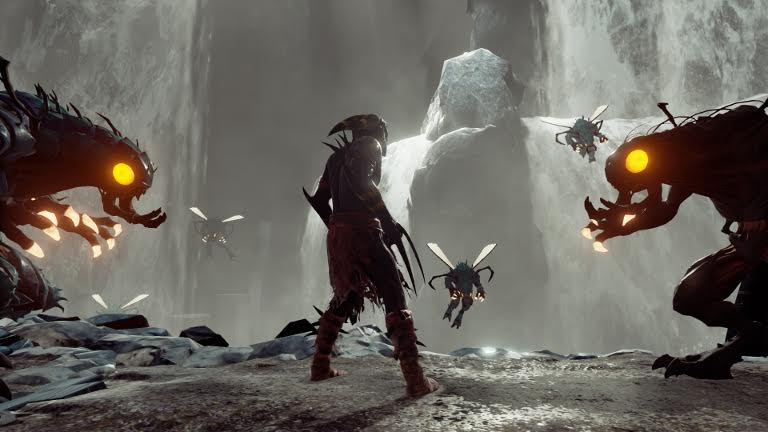 Learning which move is best for a certain enemy or situation adds an element of strategy to the game that tries to elevate it above simple button mashing but many encounters can be reduced to attack approaching enemy on the right, turn to the left and kill that enemy, turn back to the right and kill that enemy and repeat several times.  The speed of some of the attacks result in losing the score multiplayer when the enemy behind attacks while the enemy in front is in the middle of its death animation.  Once mastered, the assorted moves can make hostile encounters a fluid spectacle to behold, though that process can be frustrating which can lead to button mashing to victory.  The learning curve is on the steep side, but the ability to respawn makes the agony of defeat slightly more forgiving.

Each boss requires its own strategy to defeat, and some of them are on a level of relative scale that is comparable to the God of War franchise.  The diversity of each boss fight adds depth to the overall experience, though none of the bosses are particularly challenging.  Getting to the boss is much harder than the actual fight, and once the appropriate approach is ascertained the fight is pretty much in the bag.  To give an example, the first boss is immune to any direct head on assault, but is a pushover once the alternative approach to attacking him is figured out. 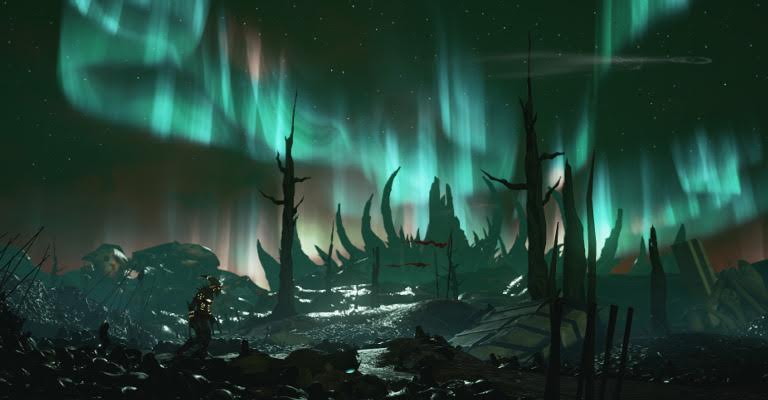 Aarbron is not apparently not able to understand any of the different languages spoken by the various cultures he slaughters in this world.  This leads to interesting but frustrating story telling since all plot development is told entirely through the visuals. It is nice nod to older games that don’t spell out every detail of the story during the course of gameplay, but at the same time it is only providing a portion of the story.  The developers apparently were aware of this, and included subtitles for the various languages among the plethora of unlockable content.  This device, while annoying on an instant gratification level, actually works since in repeated playthroughs are required to unlock everything so the patient gamer is rewarded with the full story piece by piece by revisiting the game, which is an enjoyable activity in itself.

Unlockable content is purchased through mana that is accumulated by killing enemies and reaching other objectives in levels. This content includes artwork, history, the aforementioned subtitles, power ups, and an emulated version of the 1989 Amiga Shadow of the Beast.  In addition to the game, original artwork, the soundtrack, an infinite life cheat, and a playthrough video of someone who mastered the game can also be unlocked.

The game itself is not very long.  The initial playthough can be completed in three to four hours and that can be reduced once it gets mastered.  Like the original game, where exactly to go in a level is not always spelled out.  The puzzles themselves are not too difficult as this is primarily an action game, but can take a few minutes for newcomers to figure out.  One particular part of the fifth level was confusing until backtracking revealed the right way to go in order to complete the level.  While many of us were likely hoping for something longer, the game does end at a point before overstaying its welcome.  The multiple endings and various unlockables do give incentive to return to the game after its initial completion, as do uncovering hidden encounters and secrets that may have been initially missed. 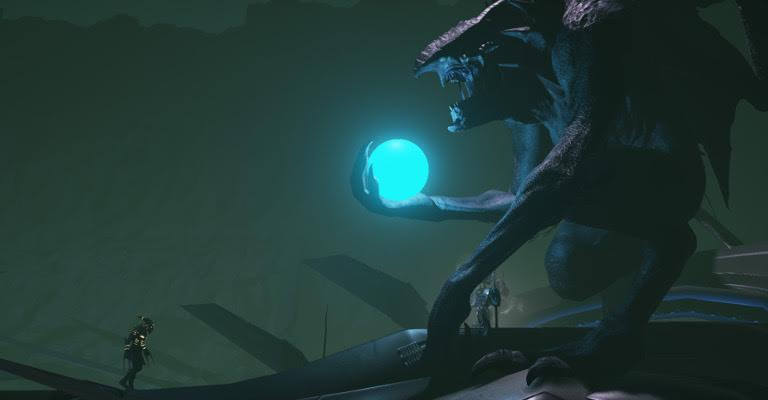 Shadow of the Beast is successful at creating a game that is worthy of attention in today’s world that respects the quarter century old source material.  It isn’t going to set the gaming world on fire, but it is worth the asking price on PSN.  The visuals are the standout feature, but the overall package is well done and enjoyable.  During the my time playing this for the review I also replayed the original Amiga game for comparison, which is also included as an easily unlocked bonus item. People familiar with the original will notice that the developers tried to be true to the original in their re-imagining while making something contemporary that those unfamiliar with the franchise can enjoy.  This is a difficult tightrope to walk, but they succeeded.  It’s not perfect, but this is a great example of how reboots should be done.