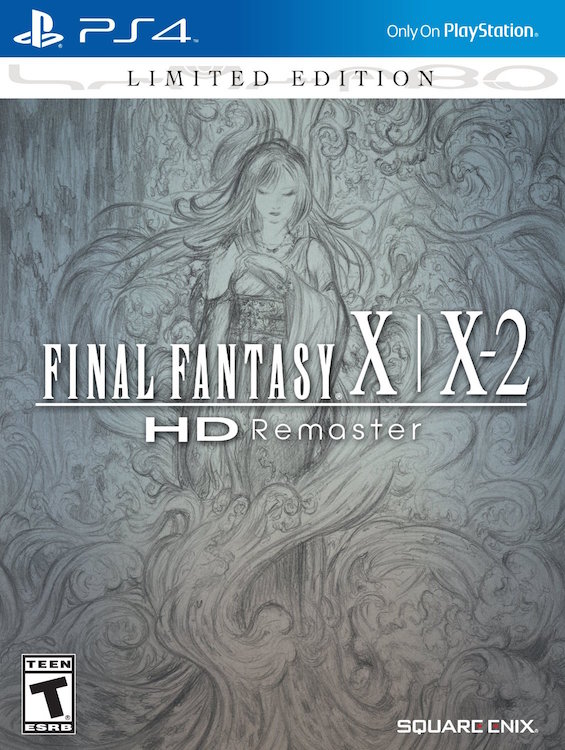 It may have taken Square Enix awhile to release Final Fantasy X/X-2 HD Remaster upon the world – over two years from its initial announcement – but they are making up for it with an annual release schedule on various platforms. It was initially published on PS3 and PSV back in 2014 with a PS4 port coming a year later. Now that we’re in 2016, you’d think the Japanese publisher would be done with the PlayStation exclusive and would want to move onto bigger and better things. Well that isn’t the case as Final Fantasy X and Final Fantasy X-2 have been recreated once more, but this time for a new audience. Square Enix has been embracing the PC market lately by bringing most of their Final Fantasy games to the platform. They have even gone as far to create PC and mobile versions for Final Fantasy IX, breaking its sixteen year stretch as a PlayStation exclusive. This is now the same case for Final Fantasy X and X-2 as we have what fans might consider the definitive edition of the thirteen to fourteen year old classics.

From the console release to the PC port, not a lot has changed with Final Fantasy X/X-2 HD Remaster, at least in terms of gameplay. We experienced no issues from the port itself, whether it would be crashes or graphical hitches throughout the campaign. It was smooth sailing despite some lower resolution rendered CG cutscenes, but that’s to be expected and fortunately doesn’t happen that often. There is keyboard controls implemented, but no mouse functionality, meaning you’re unable to select any options in the various menus with a cursor, instead being reduced to using keys. The default keyboard bindings are also not ideal, using the arrow keys to move instead of ASWD, although most of the actions are located within that vicinity so it’s not unplayable. Fortunately, players have full function of changing the key bindings, so the ability for customization here, whether keyboard or controller, is strong. Regardless, if you do have a controller, that is the more capable option, especially in Final Fantasy X-2’s more active time battle system. 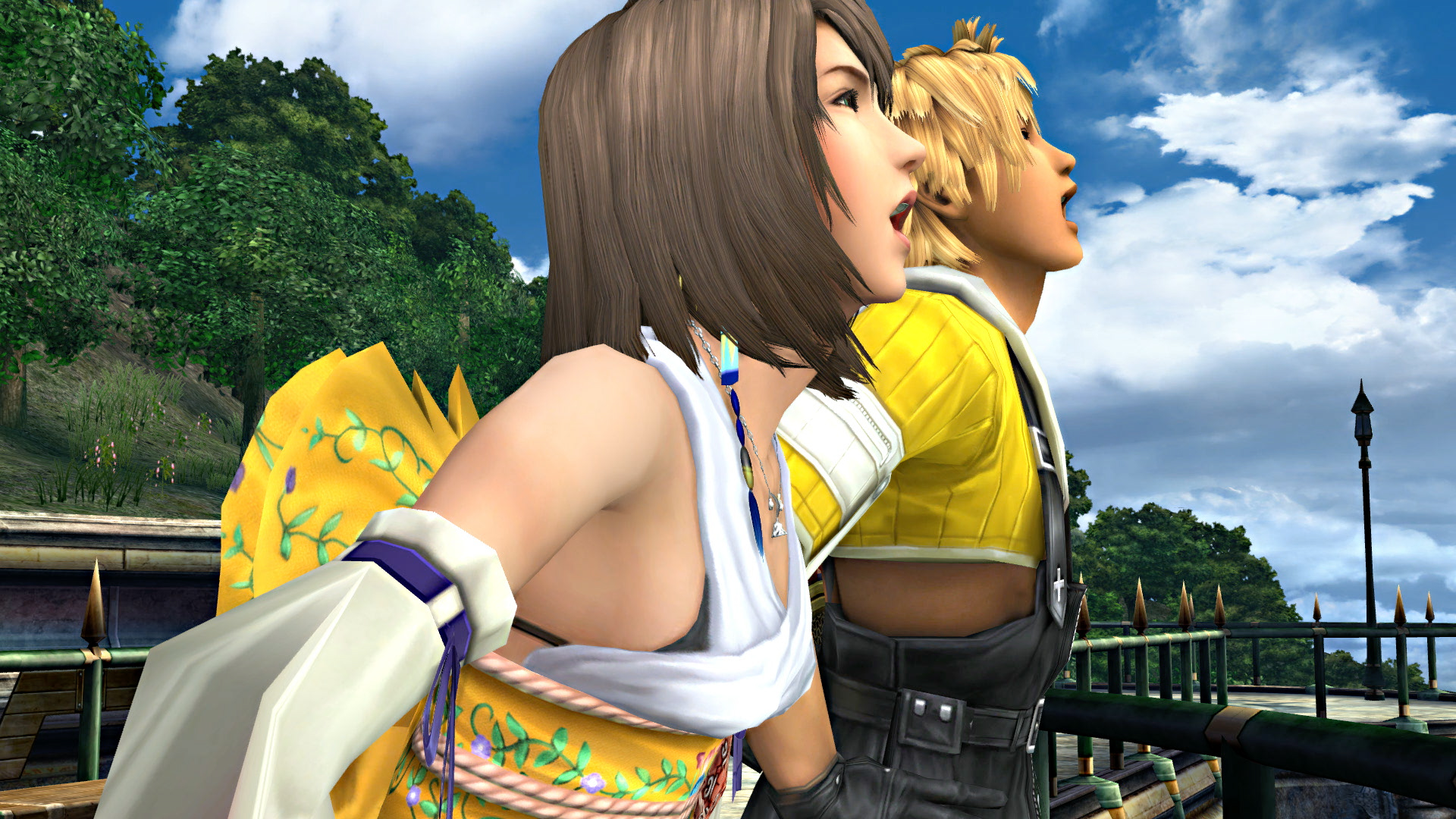 As for the PC port itself, Square Enix has come a long way since their initial attempt to port the series to the platform. Final Fantasy XIII was a valiant effort from the Japanese publisher, but it failed to meet traditional standards gamers have come to expect from PC games. Even now, after Square Enix has fixed the majority of the issues, it can only be seen as a stepping stone for the company moving forward. Final Fantasy X/X-2 HD Remaster is the accumulation of Square Enix’s work as this contains various graphical options to fiddle with that can be applied in real-time (an aspect some developers still fail to implement). One of the issues here, though, is that there’s no real indication how to access the graphical options unless you’re using a keyboard. If you plug in a controller and go straight from that, you’d think the launcher with the typical “low, medium, high” graphical options would be it, but pressing the escape key (with no binding on a controller) allows you to modify things greatly. For example, there are options for shadow resolutions, MSAA multipliers, anisotropic filtering, ambient occlusion and more. You can even play the game in 4K resolution with various others readily available to suit your monitor needs.

It’s not all sunshine and rainbows, though as there is one nagging issue plenty of gamers will be disappointed with: a lower frame rate cap. Whether you beat your chest when comparing PC and console games or purely appreciate the advantages of more flexible hardware, one aspect to PC gaming that has been a huge highlight is the potential for 60fps (or more for those with more expensive monitors and graphics cards). Most games cap out at 30fps on console because the developers side with having higher visual fidelity over the extra frames, but PC generally allows for both. Unfortunately, it would seem as if Final Fantasy X and X-2 weren’t developed for that in mind (and rightfully so as this is a remaster of a 2001 game). At the time of this review, modders are currently attempting to fix this, but I’s not as simple as typing a bigger number in an .ini file. But if there’s a will, there’s a way. On the positive side, you can take this as a game that will run on most PCs. The requirements and recommendations are very reasonable and should run on any GPU and CPU from the last six years without any struggle.

Similar to their PC ports as of late, Final Fantasy X/X-2 HD Remaster contains various cheats and modifications to its gameplay. For example, hitting F1 through F5, players will have access to Turbo, speeding up the game two and four times its regular speed, Supercharge, healing everyone in the party and maxing out overdrive, Enemy Encounter Override, increasing or decreasing enemy encounters, Auto Battle, which is self-explanatory, and hiding the user interface for those looking for screenshots. In addition, the “change parameters” section has also been added, dishing out all items, skills and max Gil. These are neat cheats for anyone who wants to speed their way through the story, but it’s curious why these would be locked from the very get-go. 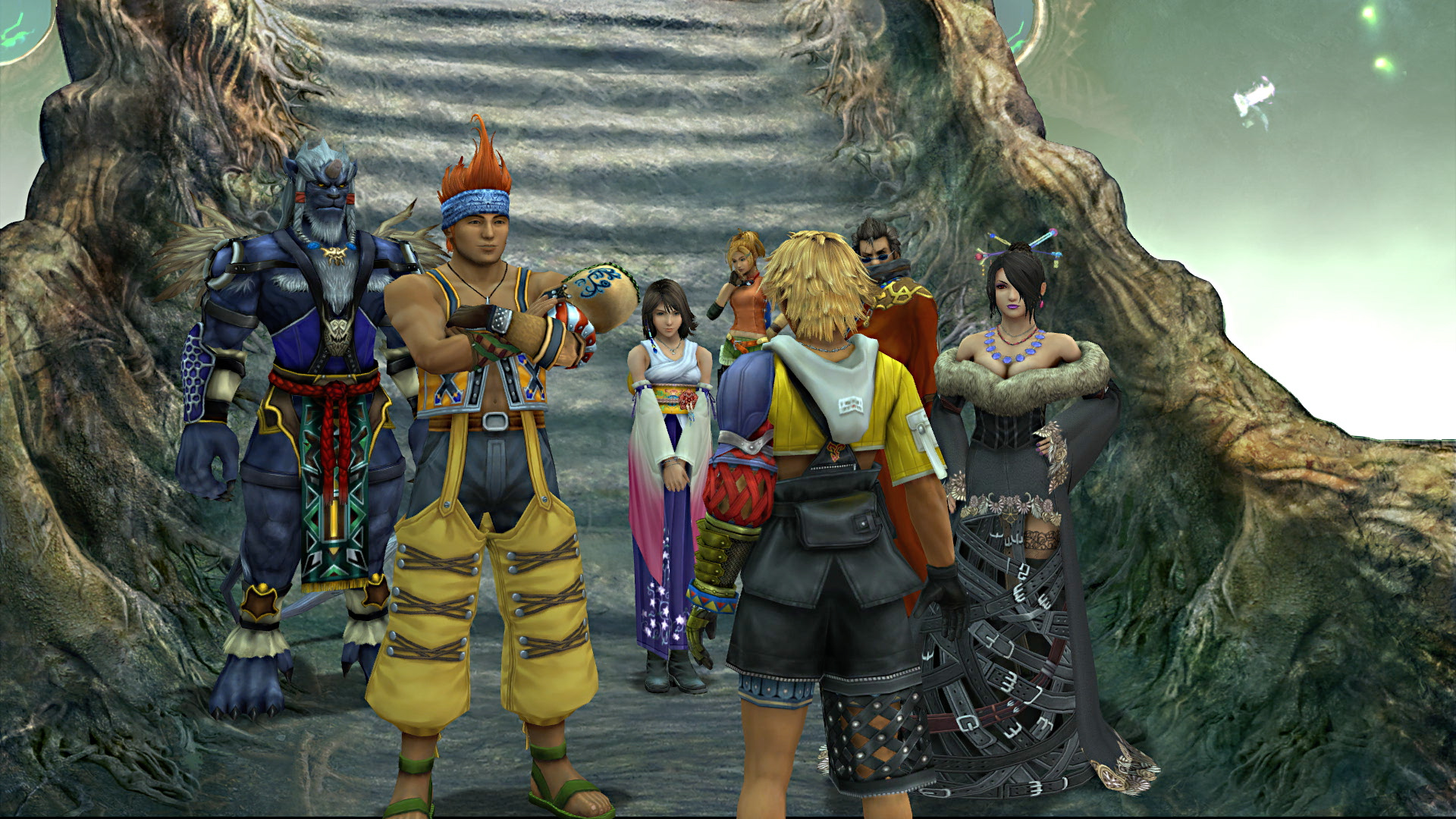 Finally, Final Fantasy X and its sequel have breached a platform outside of the PlayStation family and it comes with positive tidings. While the frame rate is capped at 30fps, something that seems heavily tied around the game itself, the various graphical and keyboard remapping options allow for this to shine brightly. It may feel like a by-the-books port in some respect, but seeing a remastered version of a nearly fifteen year PS2 game running so smoothly on PC is a great outlook for what we can expect from Square Enix moving forward. Considering the significantly lower price point at launch and the hundred plus hour package, Final Fantasy X/X-2 HD Remaster for PC is a joyous occasion that allows for an additional audience to dig their teeth into the classic.