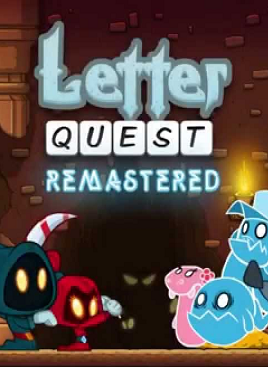 There is a certain stigma around mobile games, one that numerous platform developers have worked hard to acquire. With more broken promises and shady dealings than the (insert choice of opposing political party here), most gamers will only acknowledge the value of a few select titles, writing off the platform as a whole. When one of these titles gets ported over to PC or console, they tend to be roundly ignored or savaged for existing on the original platform, oftentimes for good reason. There are times, however, where real effort is made in the transition process to utilize the new platform correctly. Bacon Bandit Games has done just this with the release of Letter Quest: Grimm’s Journey Remastered.

There is no getting around it: the original free-to-play game is very good. So much so, that it overcomes the trappings that free-to-play brings to the gaming table and is just a good game. It is also, however, one of those games that creates a desire of just being able to pay a lump sum to peel away the F2P nonsense. Bacon Bandits made that wish come true when they brought the game over to PS Vita, PlayStation 4 and Steam. For a tenner, players own the game never having to worry about being bothered about throwing in a dollar or two to keep playing.

The game itself is a melding of RPG and word puzzle game. It centers around Grimm and Rose in their quest to get a darn pizza. Numerous monsters block their path, and the only way to defeat them is by spell words. As the hungry hungry heroes progress down the path, they come across a foe. To attack, a word is spelled using letters from the tiles at the bottom of the screen. They don’t have to be next to each other on the board, so particularly talented literati can decimate the creatures in a word or two. When the word is spelled, the enemy takes damage and then hits back. As the game progresses, new tile types are introduced, such as poison blocks that harm the player when used, or whirlwinds that change the letter each turn when left on the board. Plague tiles, crystal tiles, there are tiles in this game to fit every occasion. These types are introduced at a relaxed pace, so they don’t become overwhelming, but they do offer new ways to approach the game at a refreshing clip. 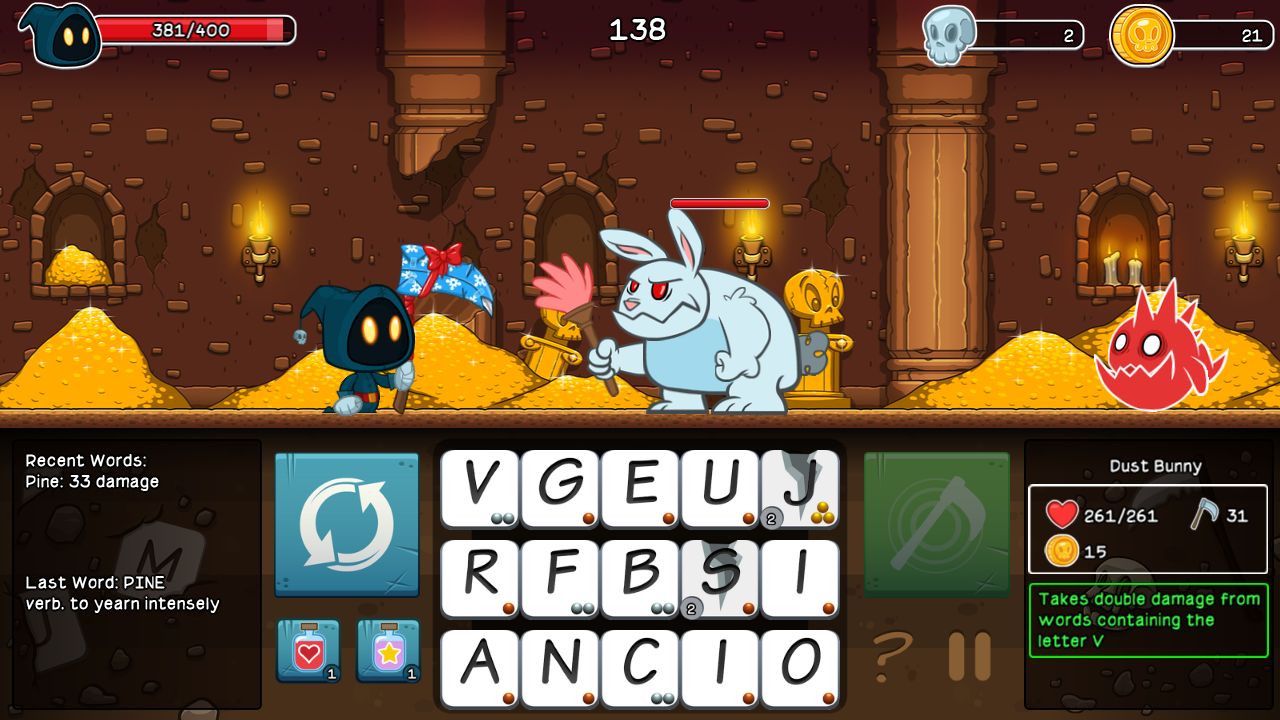 There are also numerous ways to upgrade each bony hero. As the game progresses, players will rescue shopkeepers and unlock new items in which to invest gems. These range from basic health and damage power ups, weapons with different traits, to books that can be equipped that grant bonuses. The books themselves gain experience as players clear stages to become more powerful. All of the upgrades are useful, and the game cycle of grinding for cash to power up that one stat that will allow the player to surmount a particularly difficult challenge is just as addictive as ever. However, these are unlocked and introduced a bit too slow, giving the appearance of being paltry early and inconsequential in the game.

Beyond the simple but compelling gameplay, what truly gives this title hooks are the star challenges. Each stage features three basic challenges. The first is is just clearing it once. The second time through is a timed run, which is well balanced. Unless the player is overpowered for the stage, the timed runs are usually buzzer beaters, bringing about a strange sense of excitement coming from a game about knowing words. The last tend to mix things up, such as letters being banned or only four letter words being effective. When the three basic stars are cleared for a stage, a crystal star challenge opens up, These are very difficult, and usually elicit some choice four letter words all their own.

One major drawback of this game is the music. This remastered version features the original as well as a brand new soundtrack. With all due respect to the Bacon Bandits, this new soundtrack sounds as though it was put together on a computer that was running Pro Tools while being put through a washing machine cycle on cold. As soon as the game starts, make a beeline for options and switch to the classic tunes. While this soundtrack consists of uninspired chiptunes, it’s much better on the ears. 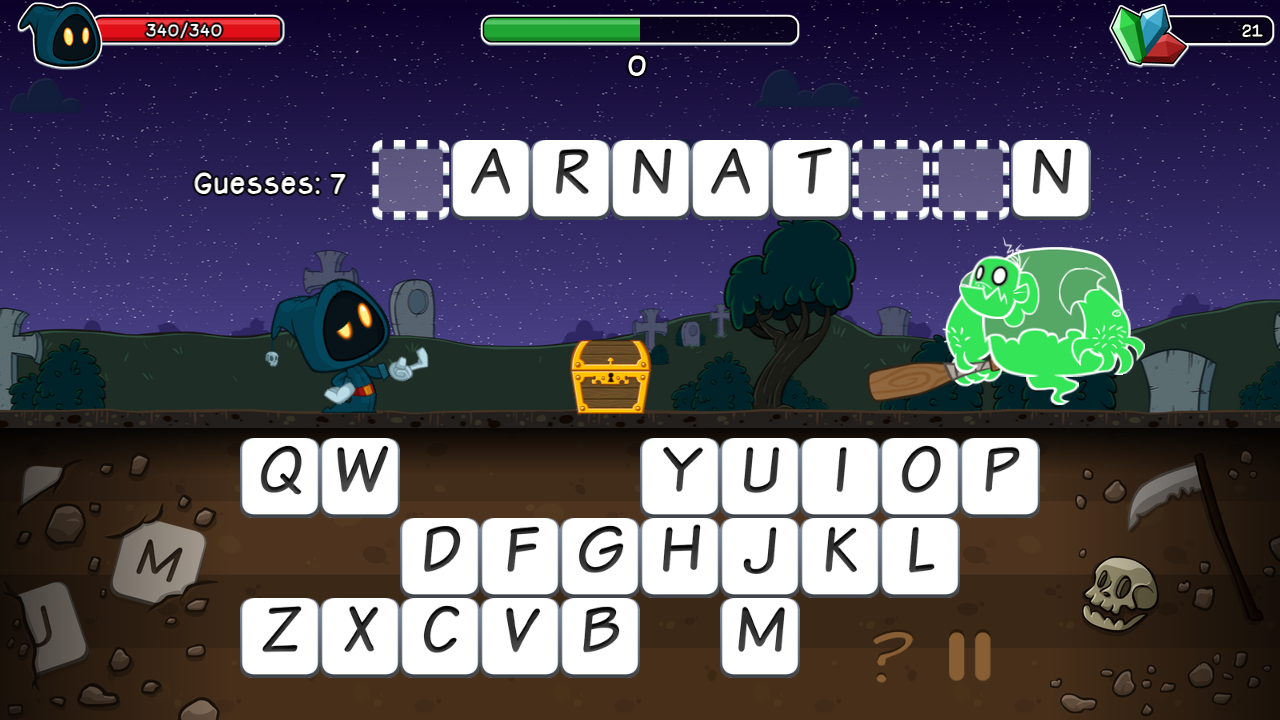 Letter Quest: Grimm’s Journey Remastered is one of those games that is focused on pure design. There are no real systems to decipher nor complex controls to master. It is purely about the game. There are numerous ways to level up and improve the player character, but this is ancillary to the true experience. It could be argued that the puzzle game format that is used here is not original and the developer themselves point this out with a cameo character. The gameplay, however, has been boiled down to its pure essence and then built back up with accessible options. This is a game that anyone can pick up and enjoy. Quite simply, there is more value to be found here than in many sixty dollar titles that line store shelves.